How I Got My Acne Under Control 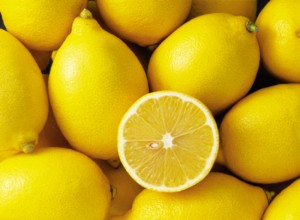 I’ve had a couple of messages referencing the fact that I’ve mentioned a few times that I’ve got my acne under control and asking how I managed it. Whilst I’ve replied to the messages, I thought it might not be a bad idea to write a blog about it too. It’s a weird one that came from desperation of trying absolutely everything I could get my hands on and having to deal with the continual frustration of the rollercoaster that starts with the hope and excitement of trying a new product, followed by the disappointment that it doesn’t work. I tried this method because I reached a point where I thought that my skin was so blimin’ awful anyway, that if I managed to damage it more it wouldn’t make much difference. Yeah, I’m prone to drama. I’d just like to make very clear that this method is not going to be for everyone and for some it probably could do damage so tread carefully please and be aware that you have been warned!

I grew sick of both the painful, blistery spots that bled everytime I removed my make-up and the marks they left. So I decided to see what would happen if I applied lemon juice to my face. I figured it couldn’t be much worse than a fruit peel (of which I’ve done at home plenty of times) so I started by applying some bottled lemon juice to a cotton pad and applying it to my face. It’s fair to say I was really unhappy with my skin at this point so I wasn’t particularly gentle, but if you’re considering trying this then please go gently as this stuff stings! I then left it for a few minutes before soaking a cotton pad in water then adding some lemon juice to the water soaked pad and applying this like a toner/neutraliser. It stung considerably (not painfully, just more of a tolerable burning) and then I moisturised. I was left with skin that felt a lot smoother and more even in tone.
So considering my first experience of this was positive, I decided to carry on and about twice a week I did this peel type approach (pure lemon juice rubbed into the face, then neutralised with watered down lemon juice followed by moisturiser) and every day I used just the water soaked pad soaked with lemon juice as a toner after make-up removal and before moisturiser. I started to see a real difference and I stopped getting huge clusters of cystic spots and instead I got what I’d call ‘normal’ spots; meaning the ones you see on everyday people, or the ones used in adverts for spot treatment. You know when there’s a model on the TV who’s all depressed because she has a teeny tiny pimple that just doesn’t count as anything? Those kind of spots! I’d always thought they were mythological so I was obviously pleased to be ‘suffering’ from them instead. The red marks that remained from previous breakouts started to fade and I kept this regime up for about 8 weeks.
This isn’t the sort of thing I feel anyone should do long-term. It’s harsh on the skin and god only knows what the long-term effects are. For me, it was a case of being willing to try anything as acne wasn’t just a vanity thing for me, I was sick of having a bleeding face on a nightly basis and being left with red marks all over my face.  I am, however, really pleased I gave it a go as it has made such a difference to my skin.  It’s kind of like my skin was completely out of control and this routine reset it back to normal.  I now have what I’d call normal but occasionally spot-prone skin as I get a couple of spots a week but nothing major, although the maintenance is down to the Skinceuticals Blemish + Age Defense that I currently use.  I stopped the routine about a month before I was going away so I haven’t used it for about two months and whilst I started to get a few more spots, my skin never reverted back to it’s old ways; let’s not forget that my skin was such a total mess, it was not only spotty but also dry and flaky and I now have skin that people keep commenting on which is just amazing and something I never thought I’d achieve.  As I said though, this isn’t solely down to the lemon juice as I believe that the lemon juice just got rid of the nasty cystic acne and calmed my skin down, whereas the more normal pimples and clarity is down to the Skinceuticals range I’m currently using.

So if you do decide to give this routine a go, please tread very carefully, listen to your skin (god that sounds cheesy but hopefully you know what I mean) and stop immediately if your skin looks like it’s reacting badly to it.  For me there was no purging or period I waited where I thought skin needs to get worse before it gets better, so if your skin starts getting worse, stop!

It’s also worth mentioning that if you can’t bring yourself to rub lemon juice all over your face, applying it directly to spots with a cotton bud makes a really excellent spot treatment.  So when life gives you lemons, make a spot treatment.  Or something like that.

Chanel Rouge Coco Shine in Royallieu and Boy (54 and 58)

Thanks to everyone who entered the Red Nails competition. I've really appreciate all the visits and comments and it's been...