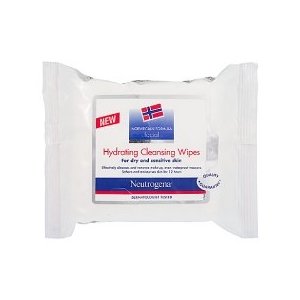 I realise that writing a review on cleansing wipes is unlikely to make for a riveting read, but an experience I had recently forced me to decide to give these babies a shout-out because they’re just so good.  I’ve always been a fan of cleansing wipes; mainly to remove the majority of make-up BEFORE starting to cleanse (and not to be considered as a cleansing alternative) and I’ve tried quite a few different brands with mixed success.  However, these wipes are by far the best I’ve ever tried and here’s why; they’re deeply moisturising, filled with product which is important as a lot of wipes I’ve tried are barely damp and lastly, they’re effective at removing all eye make-up including tough or waterproof mascara.  I bought a similarly priced pack of wipes recently as my local store had run out of these and I was truly horrified at how rubbish they were.  You know a product is doing it’s job when you start taking it for granted, but I’m going to do my best to never take these for granted again!  These retail for £4.99 per pack of 25 and there’s currently a 3for2 running at Boots.

This week appears to have been the week where all beauty boxes were dispatched, as I received two different boxes...