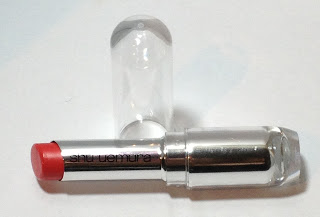 I recently attended my first Handpicked Media event which was an introduction to some new arrivals from Kiehls, Shu Uemura and Biotherm.  Kiehls have recently released a a Dark Spot Corrector which I’ll start trialling properly shortly and I’m very excited about it as it feels fantastic on the skin.

Biotherm have released some great male grooming products and I’ve got a tub of their body cream which has the most amazing scent and texture, and the infamous Shu Uemura cleansing oils have had their packaging redesigned by kimono artist Mamechiyo, but I’ll share my thoughts on these products in other posts.  Instead, I thought I’d share some more info on Shu Uemura’s Rouge Unlimited Lipstick in RD 160 which I received in my goody bag.

RD 160 is an incredibly bright, but very wearable bright.  My first thoughts when I tried it on was that it wasn’t a colour I could pull-off, but after trying it a few more times, I decided it’s the perfect red to wear with simply lined eyes, neutral skin and well-defined eyebrows, which I have done all weekend so expect a Face of the Day soon!  I was also heavily swayed by the fact that this made my teeth look amazingly white, so I was sold. 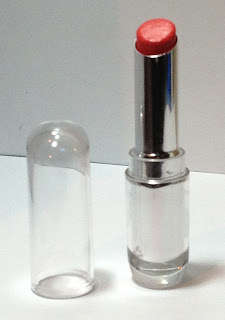 The packaging is a weird one to discuss, as it’s clear plastic which you think would make it look cheap, but I think it’s the carefully softened edges of the base and the sleek, chrome inner casing that stops it looking cheap and instead keeps it looking modern.  I like the fact that the outer case is see through so I can see the shade immediately without having to check the base. 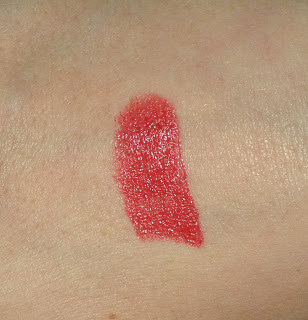 The texture is incredibly rich and very pigmented.  The swatch on my hand is one swipe of the stick! It’s comfortable on the lips and feels moisturising without feeling too balmy.  It also lasts surprisingly well for such rich colour as it didn’t start to fade for a couple of hours, and even after that the fade was very gradual; the colour was still present by the time I took my make-up off in the evening.

Other than the lash curlers, I’ve not tried anything from the Shu Uemura make-up line before, so this lipstick has proved a great introduction to the range.  I’ve had a look at the other shades available and there are some lovely, pretty pinks, so I’ll definitely be investigating further.

I can’t find shade RD 160 at the online store, so I’m not sure if this means that the shade isn’t released yet, but I will update when I know more.  Rouge Unlimited Supreme Shine is priced at £20 and available here.