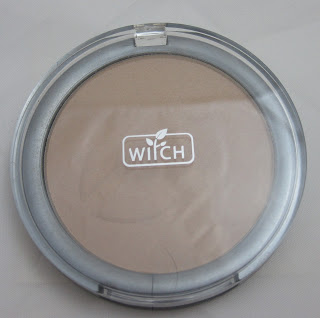 There are a couple of things I’ve been doing recently to aid my spot fighting battle.  The first is using a treatment under my make-up (Etat Pur Salicylic Acid) which is something I’ve never done before because I always found it made my make-up patchy, but as I’m now using BB Creams pretty much all the time it’s easier to blend over.  Secondly, I realised that it would make more sense to use a medicated powder over my spots to hopefully stop them developing further which is where Witch’s Pressed Powder comes in. 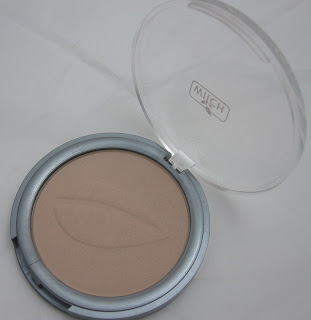 A little while ago, Witch released a small line of medicated cosmetics including a primer, a concealer, a tinted moisturiser and this pressed powder.  This is such a fabulous idea as I’m sure most spot-prone types would agree that continuing the fight over a full 24 hours (rather than just during our nightly skincare) is going to be much more beneficial for our skin generally.

This powder contains anti-bacterial actives to help clarify the skin whilst providing medium coverage.  The shade is translucent which thankfully means that it doesn’t lean orange at all, so I would say it’d work on most skintones in the paler end of the spectrum.  I apply this with my giant, fluffy Japonesque Natural Pro Powder Brush and I sweep it over my nose and chin. 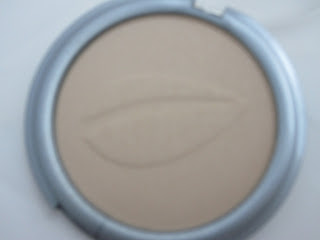 I was worried that this powder would be too drying and cake around my drying out spots, but it thankfully goes on evenly, keeps shine to a minimum and matches my skintone well.  It’s difficult to tell whether it’s an effective spot-fighter or not, but my thoughts are that it can’t do any harm and I do like the idea that I’m kind of ‘sealing’ my skin with a spot-fighting powder.  It’s also worth mentioning that on my normal skin (which is my forehead mainly) it doesn’t dry the skin out either.  I haven’t tested it on my dry cheeks, but nor would I want to as that’s definitely not an area that needs powdering. 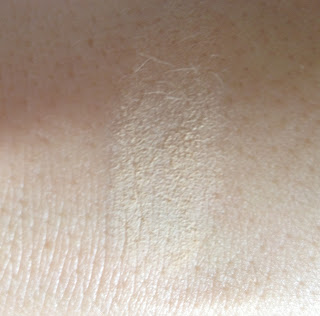 Witch Pressed Powder comes in at a rather purse-friendly £4.99 for 10g of product.  This has replaced my usual Powder which is Giorgio Armani Luminous Silk and is doing just as good a job at keeping shine at bay and setting my make-up, but with the added benefit of being an alleged spot-fighter.  Considering the GA powder is £31, I’m saving myself quite a bit!

Since the stressful time started, it isn't just my facial skin that's been suffering but the skin around my eyes...