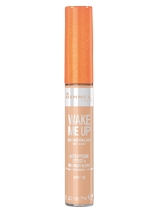 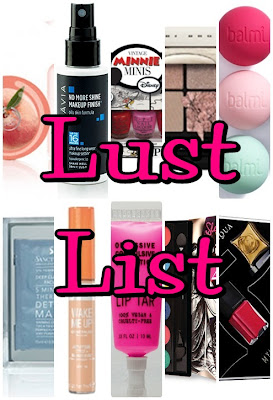 Very occasionally there are times when there are lots of things I’m lusting after, but due to a busy schedule, I don’t get a chance to actually purchase them.  Normally it doesn’t take long before I find the time, but at the moment things are so ca-razy that I’ve built-up quite a shopping list.

Therefore, I thought I’d share with you the things that I’m currently pining after.  I might do this as a fairly regular post, and of course it’ll come with the obligatory Photoscape collage as shown above… 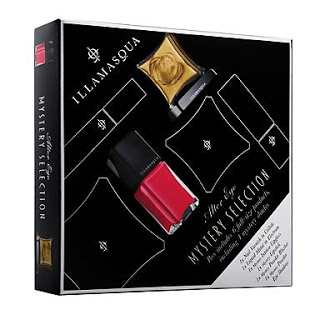 Queen Enabler, Mrs BBB, mentioned this on a recent blog post and I absolutely love the concept of it; you get six full sized products with a value of £91.50 for £38, but the catch is that you only know what two of the products are, and the rest are surprises.  In all likeliness this could just be a clever way of Illamasqua getting rid of their less-popular stock, but I don’t care; I want it!  It’s only available at Debenhams here. 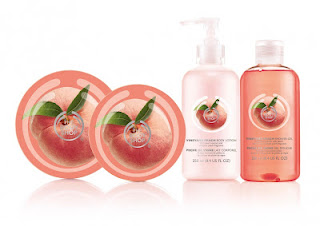 This hasn’t been released yet, but that doesn’t stop me coveting it any less.  I absolutely love peaches; both to eat and to smell, and I can’t think of anything better than a range of products that’ll scent me with the mouth-watering aroma of peaches.  This range doesn’t launch until September which I think is a real shame as peach is such a summery fruit!

I’m yet to find a bad review about this range of make-up setting sprays from Skindinavia.  There are several variants available to suit all skin types and apparently the No More Shine version does a great job of not only keeping make-up in its place, but also controlling shine without drying the skin out.  It also apparently leaves skin with a great finish, so I really, really want it! 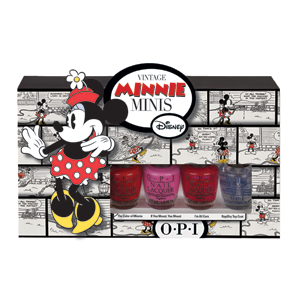 I’m a sucker for OPI Mini packs as I love having little tasters of lots of different colours.  The Minnie Collection is all about Minnie Mouse, meaning that the line consists of a few key feminine brights and a rather gorgeous varnish that contains little pink hearts!  Unfortunately the hearts varnish doesn’t seem to be included in the mini kit, which is a bit of a shame.  Having had a hunt around, I’ve found it for £9.71 all in at Rush, so it’s safe to say I’ll be buying this soon and will swatch on arrival.

I mentioned this kit aaages ago when it first came out and for some reason I never quite get around to trying it.  I think it’s because I have so many facial bits and bobs to work my way through that it seems a bit ridiculous to purchase something that I clearly don’t need (although that’s hardly typical beauty fanatic logic!) but I just really like the idea of a facial box aimed specifically at my skin type.  I’ll inevitably cave soon… 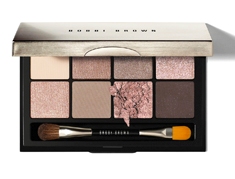 Do I really need another nude eye palette? Obviously not, but I still really want this one and can’t stop thinking about it.  I’ve held off so far (very proud of myself) but I feel my willpower waning so it isn’t looking good.  In this palette there are eight shades of varying finishes, all of which aim to create the “tawny skin glow that happens just before dusk”.  I’m not really sure what that means, but I know I want in. Priced at £48. 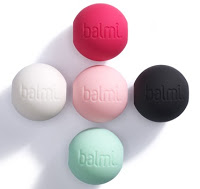 These are about to land at Boots and I just think they’re too cute! I love the shape, I think the application will be novel and easy, but most importantly, they have a raspberry flavoured version and I love raspberries (almost as much as peaches) so I’ll definitely be trying this.  I carry around a lot of rubbish in my HUGE handbag, so something that will stand out from the fifty thousand other lip products I insist on lugging about will also be really handy.  Priced at £4.99 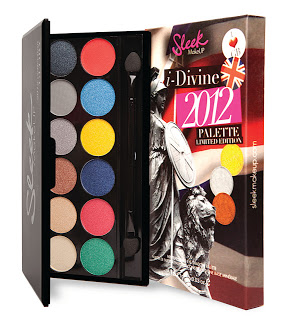 This is ‘such’ a cute palette that contains all sorts of brights that I would normally avoid.  I’ve developed a bit of a thing for the idea of red eyeshadow (I have no idea why as it’s hardly known as a flattering colour and I’ll need to make sure I’m well slept before trying to experiment!) and there are some truly vivid brights included, along with some very workable pales, all for the bargain price of £7.99.  I’ve never tried anything from Sleek before, so I think this’d make a great introduction.

This is another product that I’ve read soooo much about, yet not had the chance to try out.  The colour range is phenomenal and I really like the idea of a product that really stains the lips in a buildable fashion.  A lot of stains seem to be limited to berry shades (I guess that’s any easy colour to force into a stain?) but the huge array of colours available in Lip Tars is very cool.  The shade I’m going to start with is Pretty Boy and all shades are priced at £9.50.

Rimmel Wake Me Up Concealer

The Rimmel Wake Me Up foundation seemed to do pretty well review-wise, and whilst I haven’t tried it myself, when a company describes a concealer as full-coverage I need to try it to establish if it’s true.  It contains a moisturising complex which I’m thinking could be quite good for spots that are drying out (either that or it’ll make them worse…we’ll see) and whilst I doubt it’ll prove a worthy competitor to my Vichy Dermablend, it can’t hurt to try, right?  Priced at £5.99, if it’s any good it’ll be quite the bargain.

So there are far too many products on my wish list but it’s nice to have a goal and whilst I probably (PROBABLY) won’t end up buying all of the aforementioned items, I’m excited to start working my way through the list.

NYX in Next Lip of the Day Blogger Challenge Summary

Super Facialist by Una Brennan recently launched a small range of products at Boots, with plans to launch the rest...