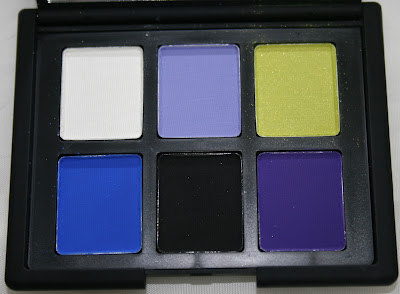 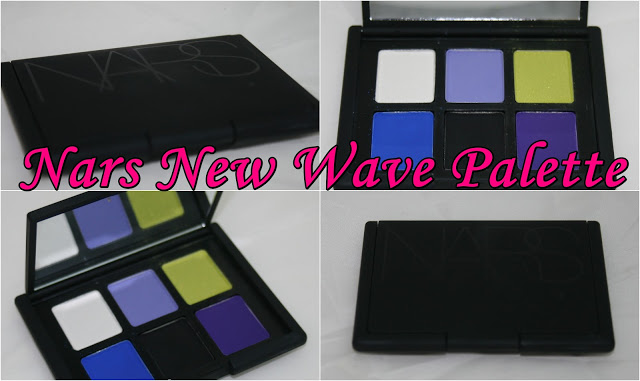 The Nars 2012 Fall Collection recently landed to include some great takes on autumnal shades.  They’ve managed to avoid the usual dreary, safe shades that are commonly associated with the transition into the colder months, and have instead focussed on shades that I would call ‘autumnal brights’. 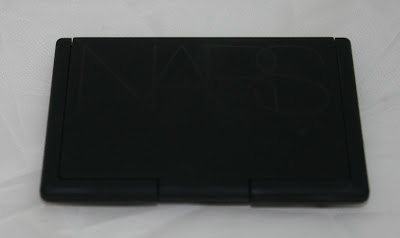 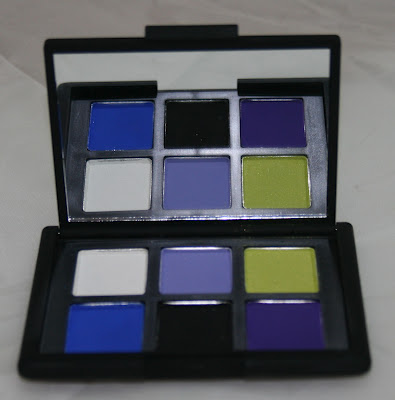 I believe this is a collection of previously released shades; certainly both Pandoras have appeared in a previous duo.  However, all shades work really well together, either by blending or clashing, so you can achieve a lot of different looks with this palette. 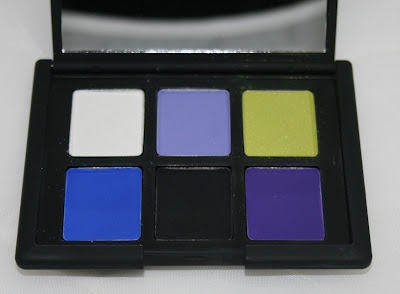 All shades are matte other than Pandora and Rated R.  The pigmentation is fantastic (apart from Pandora; but it’s such a pale shimmer that I don’t think it’s intended for anything other than highlighting) and can be blended into a wash of colour or built-up for a more striking look.

It’s really difficult for me to decide which is my favourite; before using the palette I would’ve assumed it would be either Daphne or Jolie Poupee, but having had a good play around with all the colours, I’m surprised to say I actually really like Rated R and Outremer.  Pandora II is perfect for blending as an outline for a smoky eye as it packs a lot of colour and you don’t have to keep going over the line to create depth. 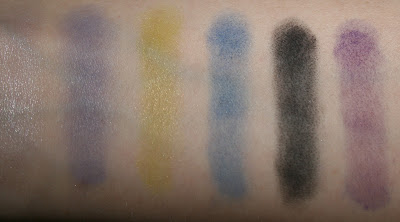 This is a fabulous palette that I’m very happy to have in my collection and will definitely go to good use.  The best part about it is, having had a good play around, it’s opened my mind to different colour combinations that I wouldn’t have previously considered, so if you fancy updating your look or trying out some different eye shades, this is a great palette to get you started.

I’ve done an EOTD look using all six of the colours, so I’ll be posting that within the next couple of days.

Disclosure:  PR sample sent for the purpose of this review.

I haven't ordered the OPI Minnie Mouse collection yet, mainly because I'm sulking at the lack of inclusion of the...