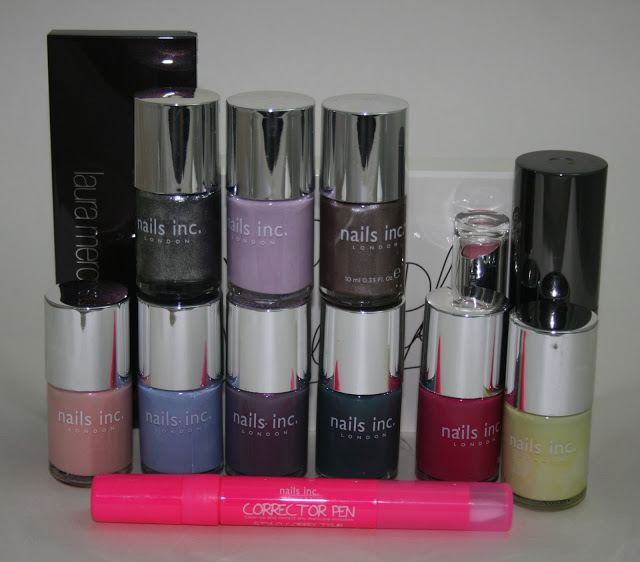 Can I ever be accused of doing things by half when it comes to spending money on beauty-related products?  Sadly not, which is why judgemental Pug is judging me:

Even though there’s quite a bit here, I didn’t actually spend that much…it’s all relative really isn’t it? Yes, yes it is. 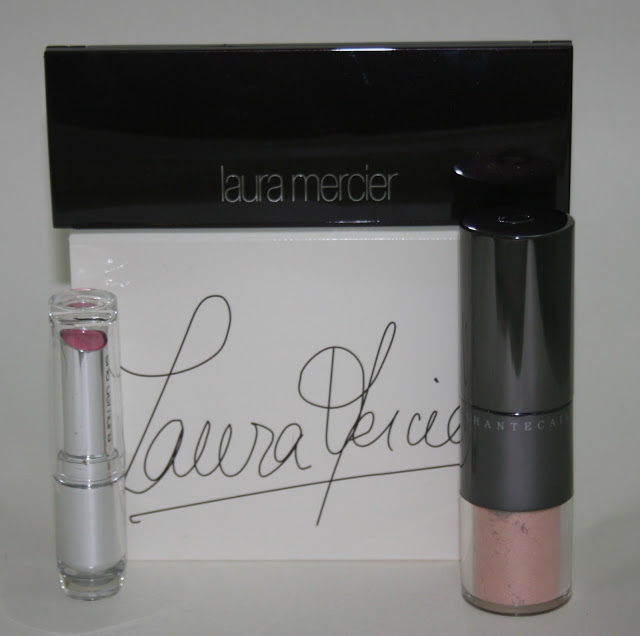 I bought four things in total from Space NK, 2 palettes and 2 single items. 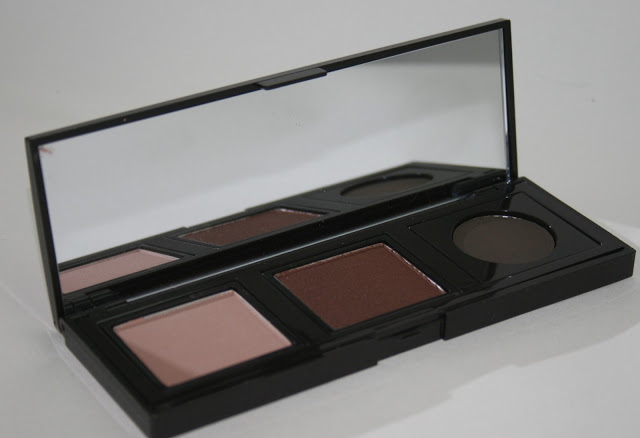 Here is the first of the two Laura Mercier palettes I got which is the Shimmer Neutrals Eye Trio as, let’s face it, I don’t have enough neutral eye shades in my collection. There are two variants in the Laura Mercier Trios and it appears every blogger I follow bought one or the other.  The other one contained cooler shades and leaned towards purples and burgundy shades.  It was difficult to pick which one I wanted, but I have a few similar shades to the cooler one in my Colour Luxe palette, so it had to be this one.  It was £10 and is sadly sold out, but there are a few other shops who are still stocking it (I believe Harrods is one) for £20 which is still a bargain considering you get three individual and full-sized shades. 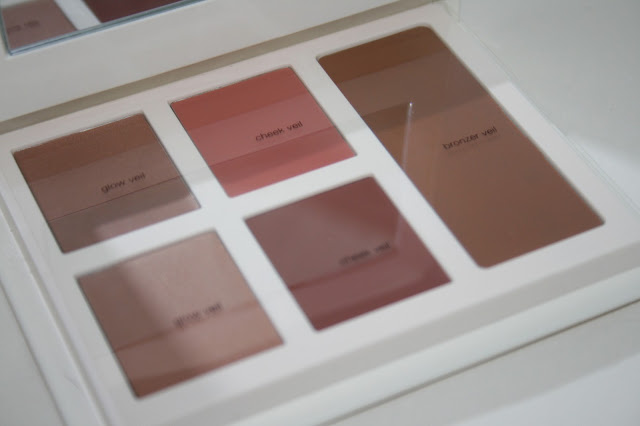 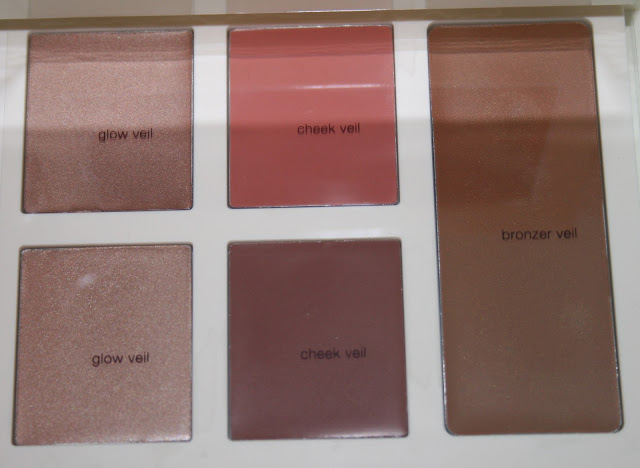 The next palette is the Laura Mercier (yeah, her again) Bonne Mine Face & Cheeks Colour Palette which contains five cream shades for contouring and sculpting.  I took a risk on this as, due to dodgy skin, I can’t really get away with cream finishes as creams don’t blend well with the high coverage powders I use.  However, as my skin has recently showed signs of easing up, I’m optimistic that I’ll be getting plenty of use out of this soon.  Apologies for the rubbish shots, unfortunately the palette refused to stay open so I had to hold it in position.  This is quite a palette as it contains little sculpting guides that you slide out from the lid, plus a decent sized mirror.  An absolute bargain at £8.50. 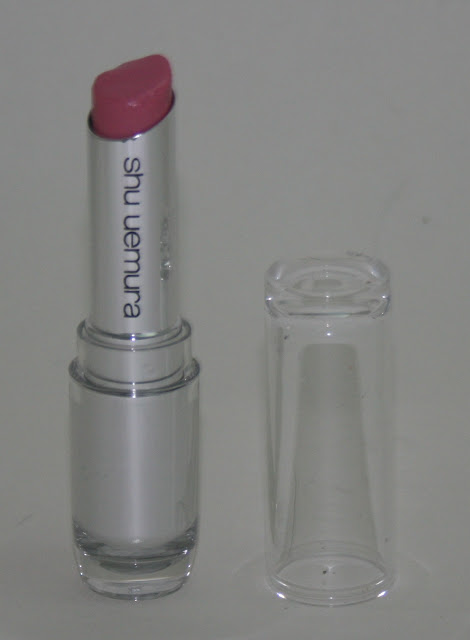 Shu Uemura Rouge Unlimted Supreme Shine in 326 was a bit of a punt for me, as the shade swatch on the site came up as black for some reason; so I thought I’d risk it and see what shade it turned out to be.  Thankfully it was a risk that paid off as this shade is a brilliant, glossy, baby pink that is right up my street and has been getting plenty of use since it arrived.  I thought I’d risk it as I have a red variant of this lipstick which has a wonderful finish and formula and I’ve wanted to add to my collection for a while.  Is it just me, or are the shade numbers really confusing with Shu Uemura lipsticks?! I remember finding the red one difficult to work out and I had the same issue with this one.  I dig these lipsticks though so it’s no biggy. 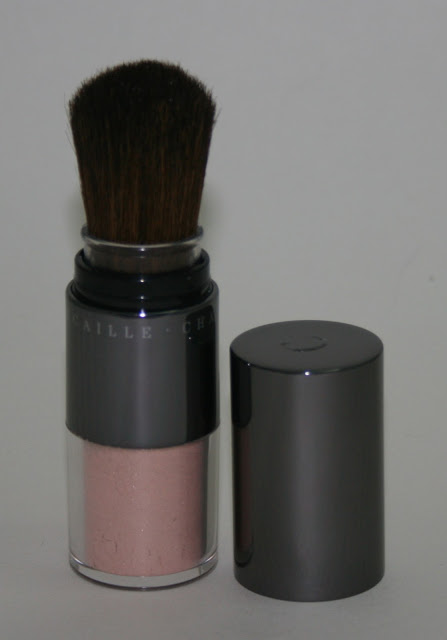 I’ve never tried anything from Chantecaille so I thought this would be a good opportunity to sample their range without spending a fortune.  I opted for the Poudre de Perle because I’ve been hunting for a new highlighting product (for no real reason other than boredom as my Mac MSF is still doing a great job) and I hoped this would be a great and easy to use highlighting product that would add some pinky warmth along with light in the right places.  So far, I’m not blown away as it appears to just be a load of powdery glitter that’s difficult to use and I can’t believe that this originally costs £48.  This was half price for £24 and not the best introduction to the range, but there you go.  Sometimes products land in sale lines for a reason… 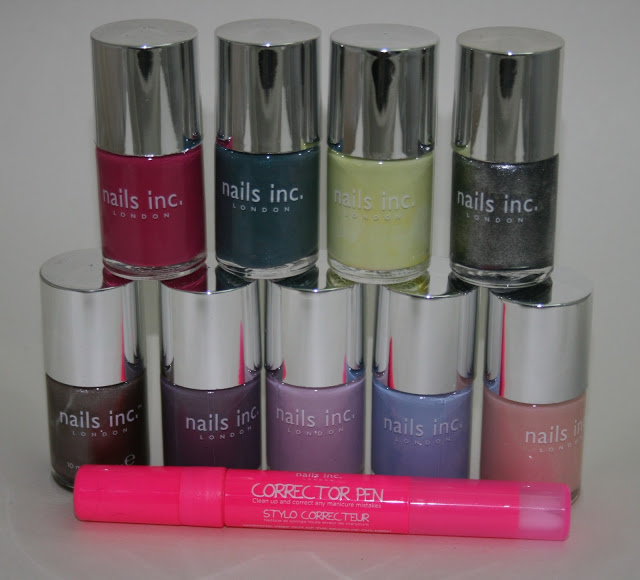 I was immediately wooed by the products in the Nails Inc sale so it was inevitably that I’d have a little binge. I opted for 2 colour sets plus a corrector pen.  I also joined the VIP club which I’ll explain more of below.

Two things I’m loving at the moment are metallics and pastels, so I bought colour sets that fit in both of those themes.  The first is the Winter Metallics Collection which contains 3 autumnal, moody shades and 1 bright pink.  I haven’t swatched it yet, but the pink doesn’t appear to be particularly metallic so I’m not sure why it was included, but any pink shade is always welcome in my collection.  This was £10. 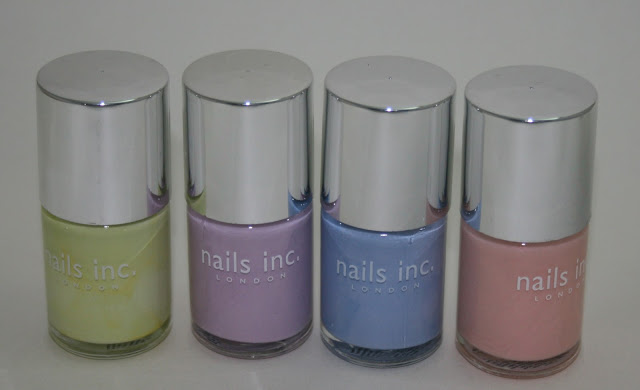 Next up are the pastels, otherwise known as The Candy Shop which contained a pink, a blue, a yellow and a purple.  I like all these shades so I’m looking forward to giving them a go, and I think they’ll be perfect for SS13 with it’s inevitable, yearly popularity of pastel shades.  This was also £10. 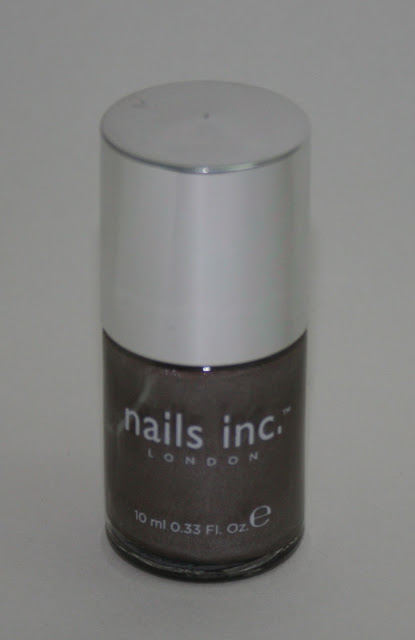 The Nails Inc VIP club costs a one off payment of £5 and comes with some fairly decent perks, such as 10% off every time you shop, a free nail varnish on joining and a birthday present.  There’s also a rewards scheme; you get points for every order which you can eventually redeem. I thought this was quite a sensible £5 investment, although I’m not too sure on the free shade (which I believe is the same for everyone – Ledbury Road) so I’ll try and swatch it soon to give you an idea of what it’s like.

I was very close to ordering the Corrector Pen a while ago, then I decided to just pick one up from Boots.  I ended up buying the OPI one before losing it…so I went ahead and bought this, making use of both the VIP discount and the first order discount of 20% (which you get when you join their newsletter) meaning that this ended up costing £7.20.  After a pretty high level of commitment to nail polish for well over a year, it seems my application technique has shown no signs of improving, so I definitely need this!

So quite a binge for January! I actually thought this would be a nice, quick post about my little buys, but it’s turned into an essay it seems.  In my defence, I didn’t go out on NYE so I saved quite a bit from that; there’s my justification and I’m sticking to it.  Let me know if there’s anything you’d like me to review.

Did you buy anything good in the January sales?
Or did you miss out on something you’ve been lusting after for a while?

Online Sales Still Worth Checking Out

Online Sales Still Worth Checking Out

I don't know about you, but it already feels like the Christmas season ended ages ago...or maybe that's just my...