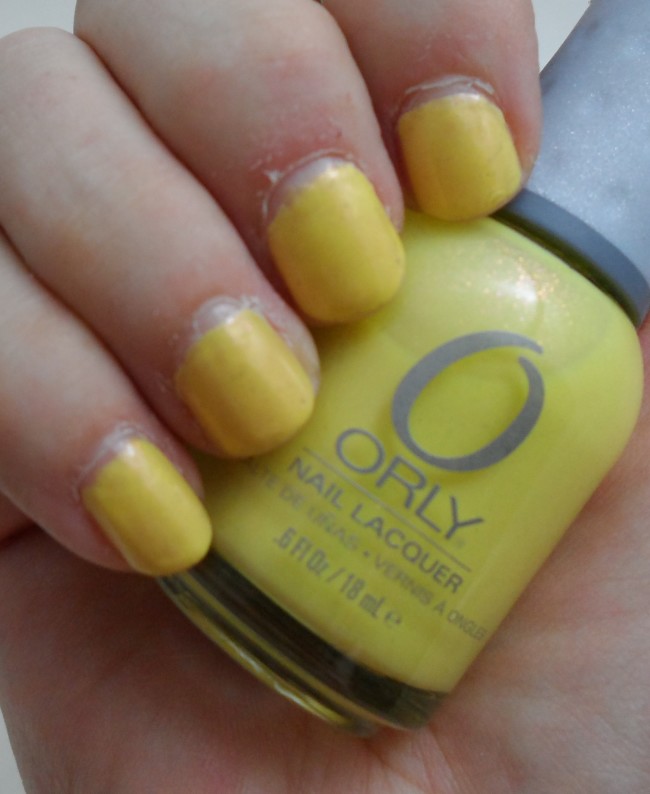 Lots of apologies to start off with! Firstly, sorry I’ve been out of the loop for the past few days; unfortunately my pregnancy is still proving quite tricky and I decided to stop beating myself up about my lack of achievements and instead just chill out and watch Netflix for a bit until I felt better.  Not quite there yet but definitely getting there! Second apology is regarding the pictures in this post as I did my nails then had camera issues so I wasn’t able to take the pictures until a good four days after I applied the varnish, so that’s why it’s a bit tatty and grown-out.

Orly’s Melodious Utopia is a bright yellow flecked with pink glitter.  I was extremely excited about this when I saw it, as yellow is a notoriously tricky shade for us pasty types to pull off and can often be rather unflattering.  I thought the warm, golden hues paired with the brightening pink glitter could result in this shade being the pale girl’s go-to yellow, and I was hoping for a cheering shade of buttercup, but it doesn’t seem to translate from bottle to nail.  It’s a really nice shade; a pop of bright, mustard yellow that is certainly very summery, but the golden tones are lost in translation and the pink glitter doesn’t really show up. 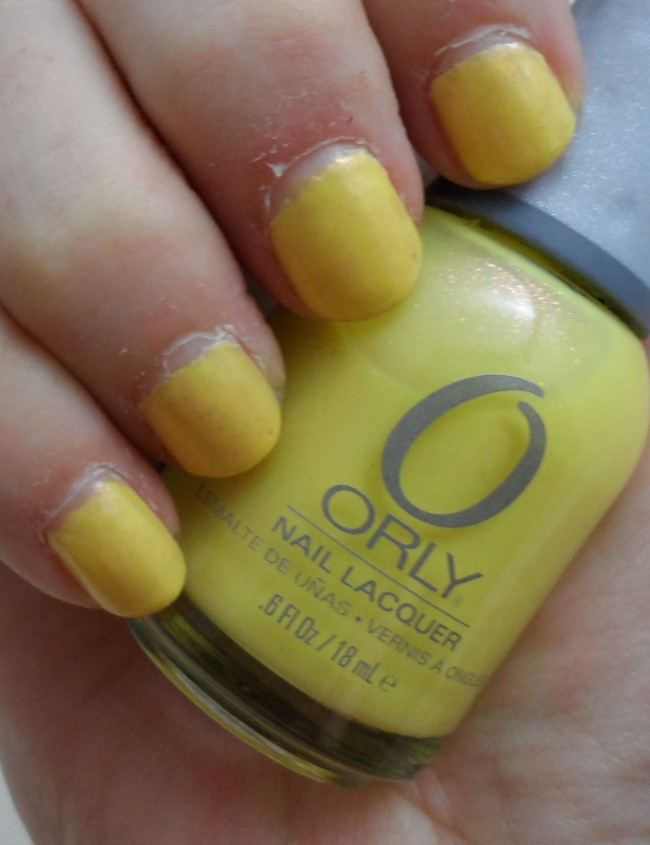 I suppose I had too much riding on this shade and had set it up for a fail; as I said, it’s a very nice shade and I think it would look absolutely beautiful on darker skins, but for paleys like me it just isn’t flattering.  Oh well! Thankfully Orly are launching some mega collections this year, so there’s bound to be something else for me to get excited about soon.  Orly Melodious Utopia is available now priced at £7.50 from BeautyBay.

Orly are releasing FIVE new collections this year, meaning there will inevitably be something for ever nail aficionado to get...