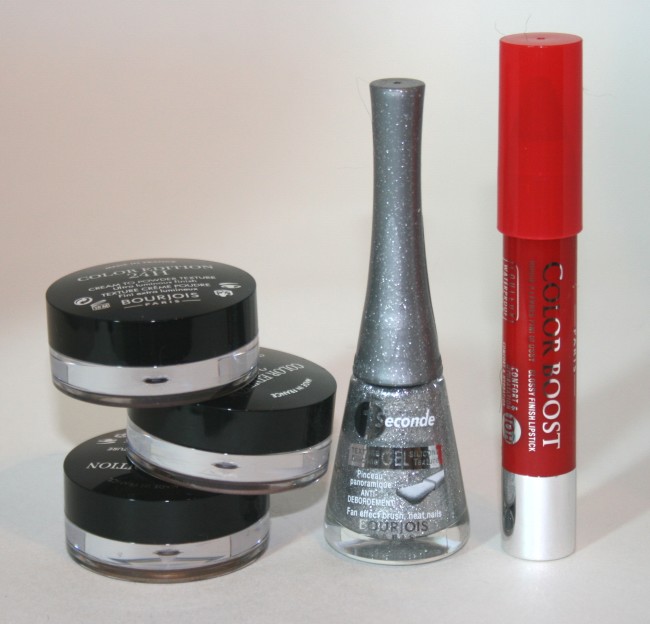 As promised in my initial introductory post to the new and very exciting Bourjois Colour Edition 24H Round Pot eyeshadows, here’s a more thorough look at what’s coming from Bourjois for the festive season.  There are six shades of the new Colour Edition shadows, 2 new shades of the Colour Boosts Lip Crayons (the Bourjois take on the Chubby) and 2 new shades of the 1 Seconde Nail Enamels.  Whilst there’s plenty of red and sparkle, there’s thankfully nothing too cliche, and instead the new colours are more grown-up and easy to wear takes on the party season. 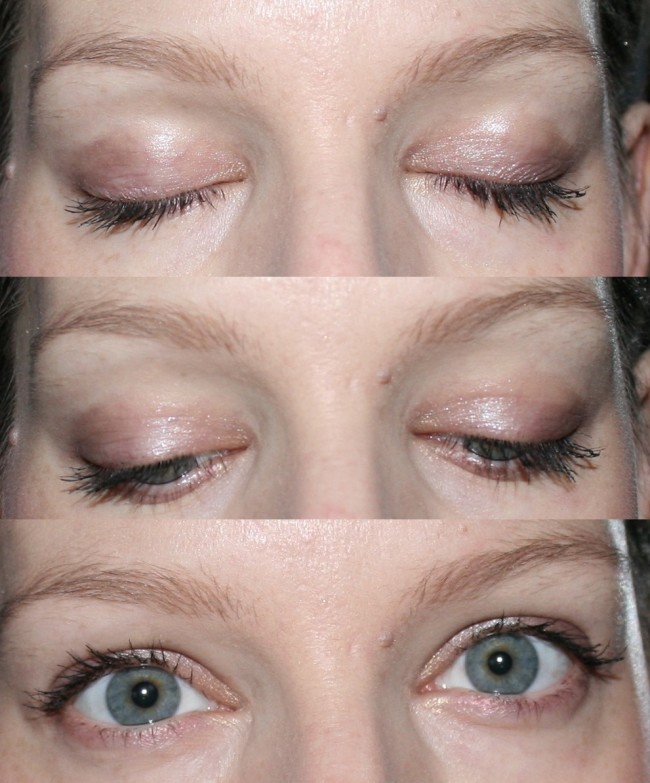 I won’t go into too much detail about the Colour Edition eyeshadows as I’ve already discussed them in my previous post.  However, I have now had a chance to wear them fully and I really do like them very much.  The texture is just a dream to work with; I use a synthetic brush to work them across my eyes and they’re very easy to blend and merge with each other, as well as build up if you like a strong finish.  In the pictures here I’ve used Petale de Glace all over my lid, Prune Nocturne on the outer corners and under the eye, and Desir just as a very subtle highlight on the inner corners.  You have quite a bit of time to blend before they set in place, which is really handy if you’re like me and not much of a quick worker!  I will say that I don’t think they’ll live up to their 24h promise, at least not on me anyway, as I had mine on for around 5 hours and there was quite a bit of fading by this point, but I do have oily eyelids at the moment (especially with the pregnancy) so this might not be an issue for others.

The two new Colour Boost shades are Red Island and Plum Russian.  I’ve mentioned in previous posts that I’m currently suffering from ‘Chubby Fatigue’ as it seems every brand and his brother have decided to launch their take on a Chubby Lip, but I have to say that I do really like this version from Bourjois, so much so in fact that I’ll be checking out the other shades when I’m next in Boots as they appear to have some very pretty pinks.  The payoff is astounding; a quick slick and you have a solid, opaque layer of colour, and the formula is just moisturising enough without going too far into overly slippery/buttery territory.  Red Island is a strong, typical red (and what I’m wearing in the pictures) and Plum Russian is described as a purple plum that isn’t too blue nor too dark. 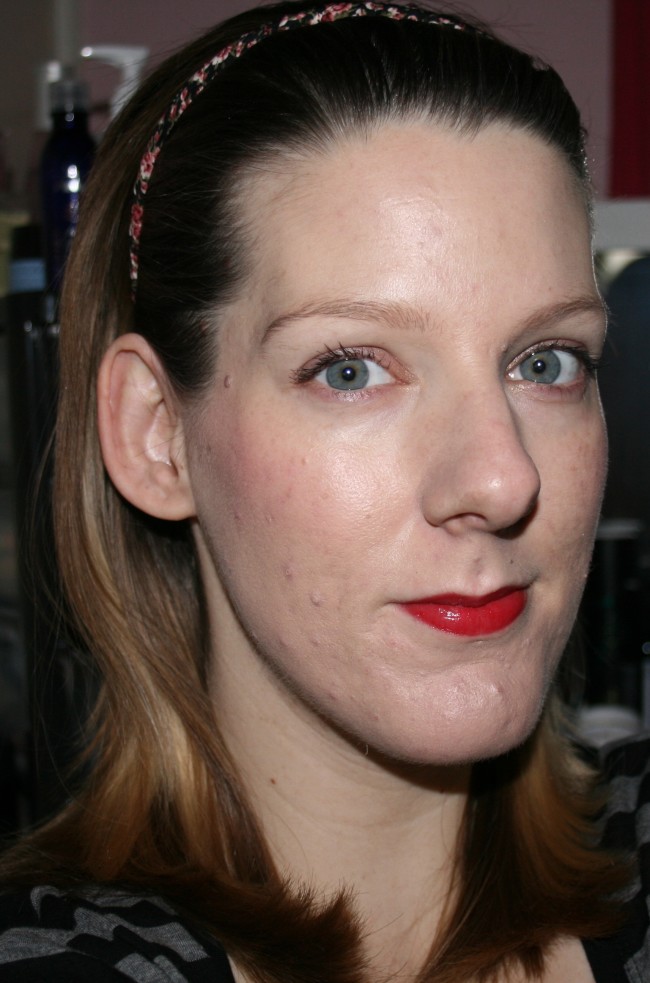 The two new shades for the 1 Seconde Nail Enamel are Red Dingue (a dark red that I think would compliment the Plum Russian shade of the Colour Boost really well) and It’s Raining Stars which is a solid, silver glitter shade with silver sequins for seriously silver nails.  The press release details a lovely looking take on the French Manicure using It’s Raining Stars as a base and Red Dingue on the tips which looks awesome.  I was sent It’s Raining Stars to have a play with, but unfortunately I can’t paint my nails at the moment as the position hurts my back, so I’ll have to report back at a later date.  The new shades of 1 Seconde Nail Enamel will be £5.99, the new shades of Colour Boost will be £7.99 and the new Colour Edition shadows will be £6.99, all of which launch this month – October 2013.

I'm still being fairly sporadic with my Love Lists as I think I mentioned in the last one (July 2013)...