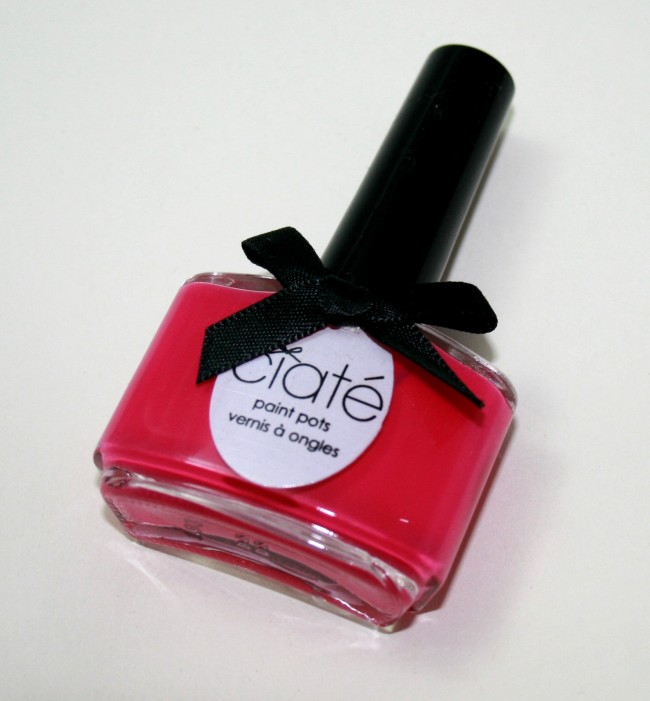 I really do love the design and presentation of Ciate Paint Pots as they’re just so incredibly pretty.  There’s something charmingly delicate about the slender and elongated brush handle, plus the final touch of the dinky little bow really makes them feel like girly indulgence. 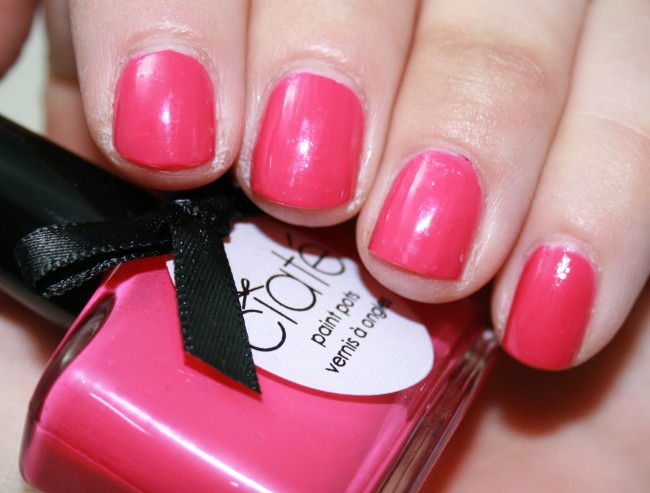 Raspberry Collins was included in my February Glossybox of which you can read my thoughts here.  Including the word ‘raspberry’ in the shade name is either reasonably accurate or mildly misleading depending on your stance.  It is a pink shade that has a berry leaning, but it isn’t red enough to fall into a proper berry/raspberry category.  I’m just being finickity aren’t I? 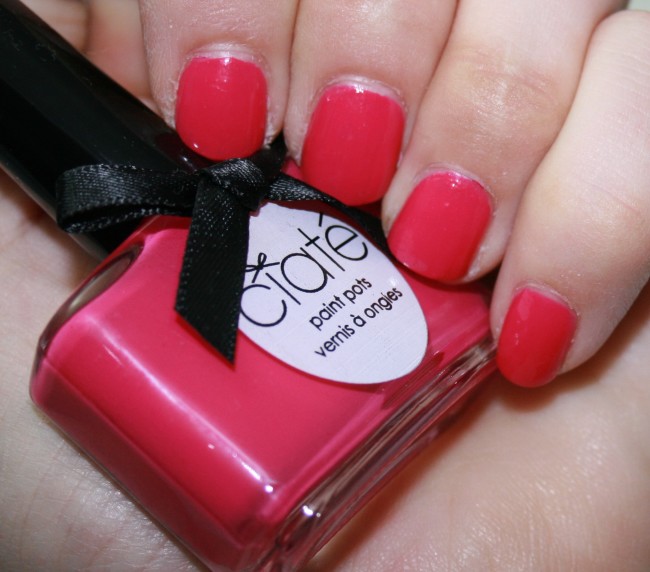 I had this applied during a manicure (these days it’s the only chance I get for “me” time and I like having nice nails if I can get away with it) and unfortunately the application was a bit hurried as I was running late, so it’s bubbled a bit; I don’t know if this is typical of Ciate or not, but I haven’t read any other similar complaints so I’m guessing not. 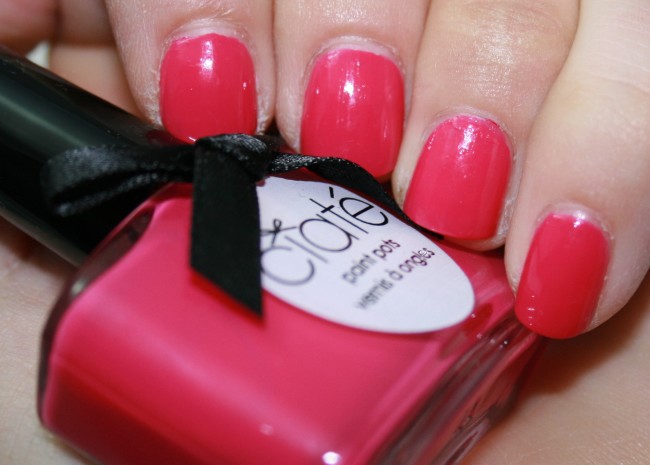 This is a little too far from pink for my liking, but then this is probably because it’s my mum’s idea of the perfect pedicure shade, so in my mind it’s too grown-up for me (I realise I’ve probably given this all far too much consideration) and probably why I’m not as in love with it as I thought I would be, but it’s a very nice shade, especially if you like strong colours but don’t want to step into neon territory, and it’s also a fab colour for the warmer weather that we may or may not experience soon.  Available from Ciate here – link – for £9.

*Received in Glossybox which was a PR Sample

The original scent of Nivea Creme is a bit of a nostalgic one for me, as my mum has always...