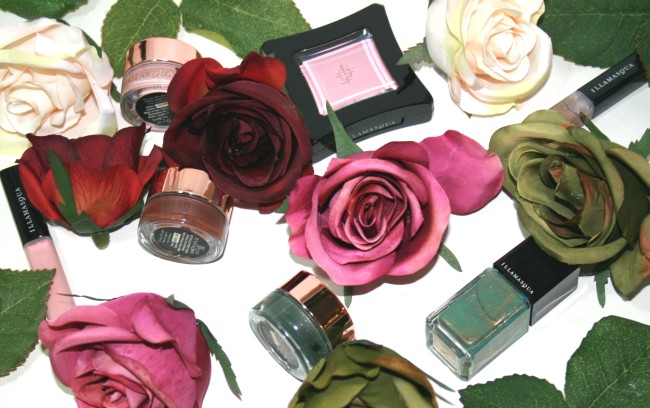 I follow the Illamasqua story with great interest; a brand who started as a niche, indie and fairly “out there” make-up range that’s now far more high-street than I’m sure anyone ever anticipated, so they fight a constant battle between keeping their original indie fans happy whilst also giving their ever-growing, more commercial fans what they want.  Consequently we’ve seen quite a bit of change lately (much to the dismay of the indie fans) with more general shades being released such as the original Glamore line-up (have a look at my post here) and the most recent Glamore nudes (here’s my post about those too) and they’ve also extended their Glamore lipstick line to include even more pinks, so there’s a lot of pink! Obviously you won’t hear anything close to an utterance of complaint from me; I love pretty much everything Illamasqua does – whether I can see myself wearing it or not – and the recent embracing of pink has been particularly wonderful in my very humble opinion. 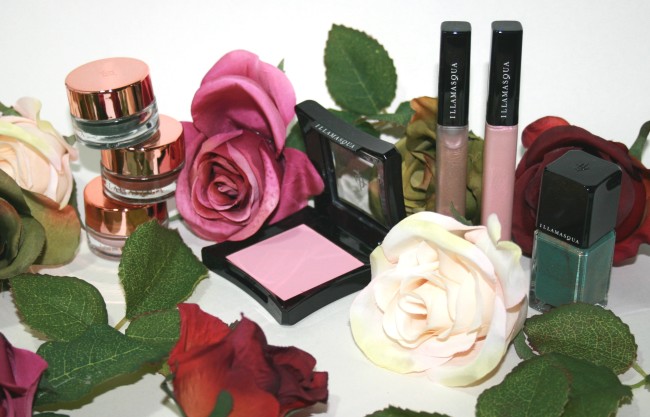 Now onto the main reason for this post, which is an introduction to the Illamasqua Once collection.  If you’ve viewed Illamasqua as a brand that’s sold out to commercial success without acknowledging their indie roots, then maybe this collection will change your mind.  It’s different, inspiring, artistic yet very wearable, with at least several inclusions to please both old and new fans alike – an impressive achievement.  Creative Director for Illamasqua, Alex Box, says the collection is “a palette inspired by the gentle and exquisite point when a flower starts to fade and becomes impossibly beautiful in its complex decline.” Now this could be perceived as tad grim depending on your perspective, but the tarnished, teal hue that flowers take on as they start to fade has been so well translated in this collection where you can see it in the eye, lip and nail shades, yet you’re not faced with horrendously unwearable greens, but instead delicate moss and olive nuances. I’m trying so hard to keep the word count down as I always get carried away with Illamasqua collections, but it isn’t working!!

The Illamasqua Once collection consists of seven products in total;  five new and two re-promotes.  I have noticed Illamasqua do re-promotions quite often which I think is a really great idea as it allows the customer to look at their existing products and build around them to form the latest collection.  For example, the Powder Blush shade is the popular Naked Rose colour which sits so well with the other shades, yet it’s likely a colour that many people already have.  I’ll start with the product most are getting excited about which is the new Vintage Metallic Eye Shadows. 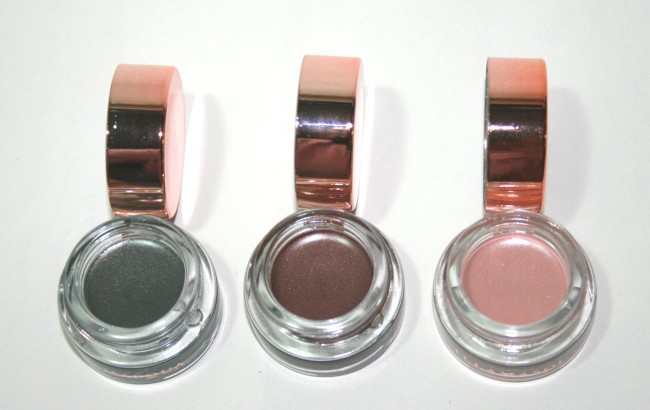 These are completely new products with a lovely soft, powdery texture in a cream format.  Their colour payoff is brilliant and the three shades are Courtier – a pinky beige; Embellish – a rich cocoa and lastly my favourite which is Bibelot – a deep olive/teal shade. 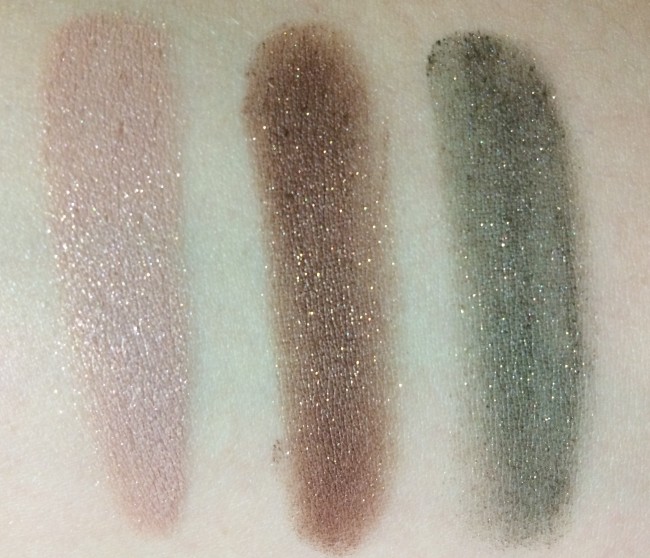 All three colours are shot through with gold glitter that stops them looking too murky and they’re very easy products to blend, although they set in place within a few minutes.  The Illamasqua Vintage Metallic Eye Shadows are £16.50 each. 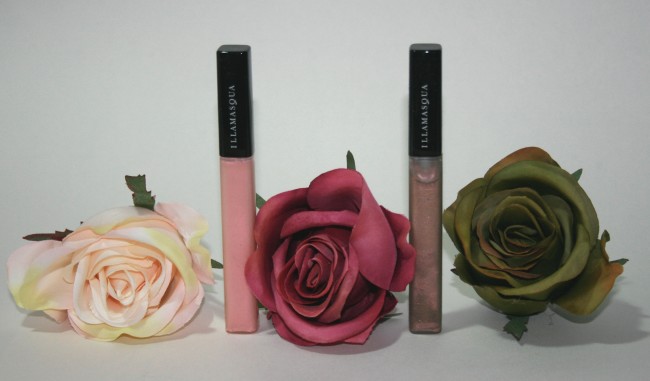 Next are the two shades of Sheer Lipgloss, one of which is the new Exquisite shade that’s extremely pretty; if you like pretty but don’t want to go into typical pinky girliness then this is the shade for you.  Exquisite is described by the
brand as a Pink Oyster shade and I’d say that’s spot on.  It’s got a hint of pink whilst also having that multi-coloured oyster-like finish that works well both on it’s own with a strong eye, or over other lip shades for something a little more multi-tonal. 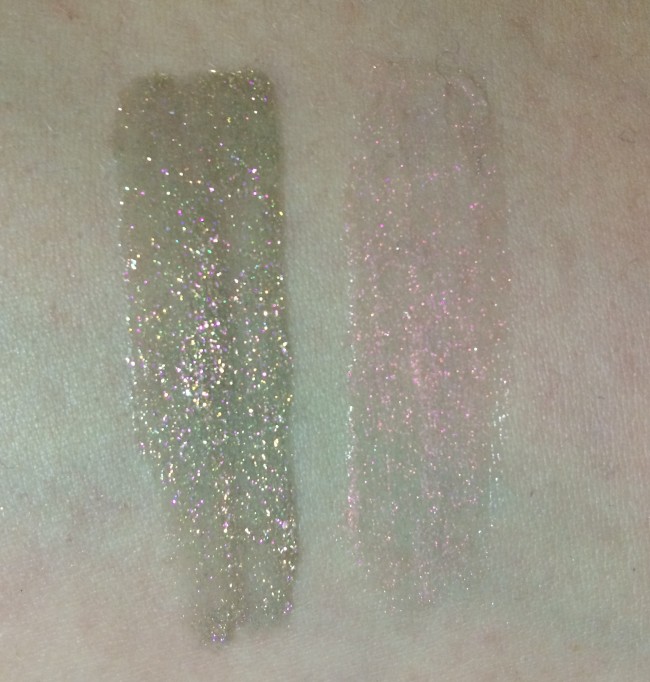 The Opulent shade also forms part of the Once collection and the shade description confused me a bit as it’s described as “rainbow beige”, yet I think it actually leans ever so slightly golden olive, but this very much depends on the lighting.  It’s an extremely unusual shade that sits so, so well in the collection and when swatched it evokes images of slightly tarnished metal – so unusual.  The Sheer Lipglosses are £16.50. 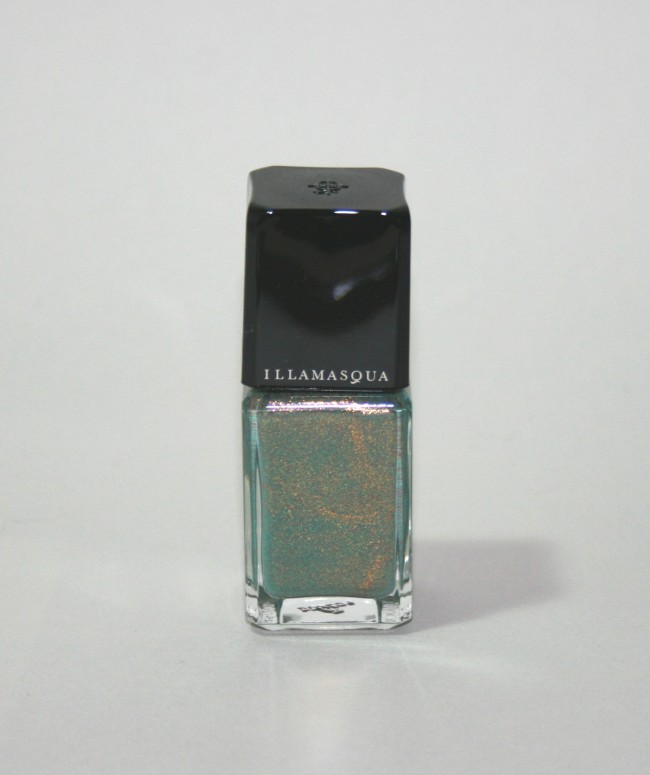 The new Nail Varnish shade is Melange which again compliments the rest of the collection perfectly and is a striking, almost metallic teal shade with gold shimmer running throughout.  It’s a gorgeous shade that you can see in action on Leanne’s nails here; I’m relieved to hear she reports that the glitter is not an issue during removal too.

I’ve included some swatches in different lights to hopefully show you the impact and effect of the shimmer.  This is £14.50. 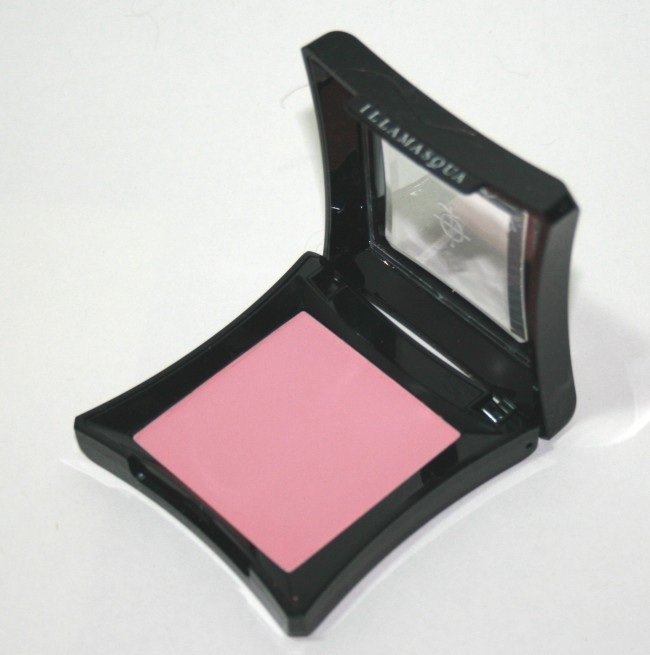 Last but not least is the aforementioned re-promote of the Powder Blusher in Naked Rose, a beautiful muted pink that’s just so pretty and flattering.  Do you see what I mean about this collection? It all slots together so perfectly that you can really see so much thought has gone into creating an edit that’s both generally appealing and something a bit different.  HUGE credit to Alex Box for achieving what many would perceive to be unachievable. 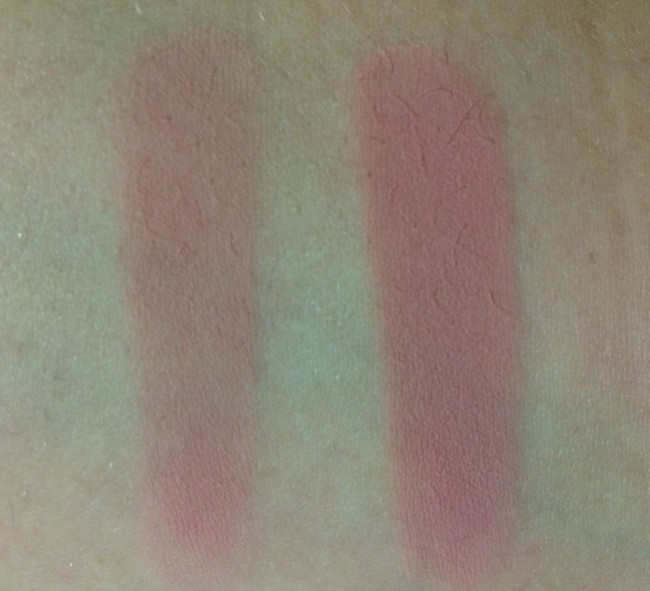 There’s not much more I can say about Naked Rose other than it’s very pretty and in my mind it’s a bit like a less stark take on one of my all-time favourite blush shades which is Katie from Illamasqua, although it’s a deeper pink.  It’s £21.50 and already available here – link.

There we have another Illamasqua collection that I could ramble on about forever.  It’s so enchanting and creative, so I’m sure people are going to go a little bit crazy for it when it launches on Friday (29th August 2014).  In other Illamasqua news, have you checked out their current sale items? I’ve just had a nose through their £5 section here – link – which contains some *amazing* nail shades such as the gentle blue of Noble and the pretty Pink Raindrops…#justsayin #enabler

You may have caught my mini ramble on Instagram last night regarding candles which was stimulated by the arrival of this...