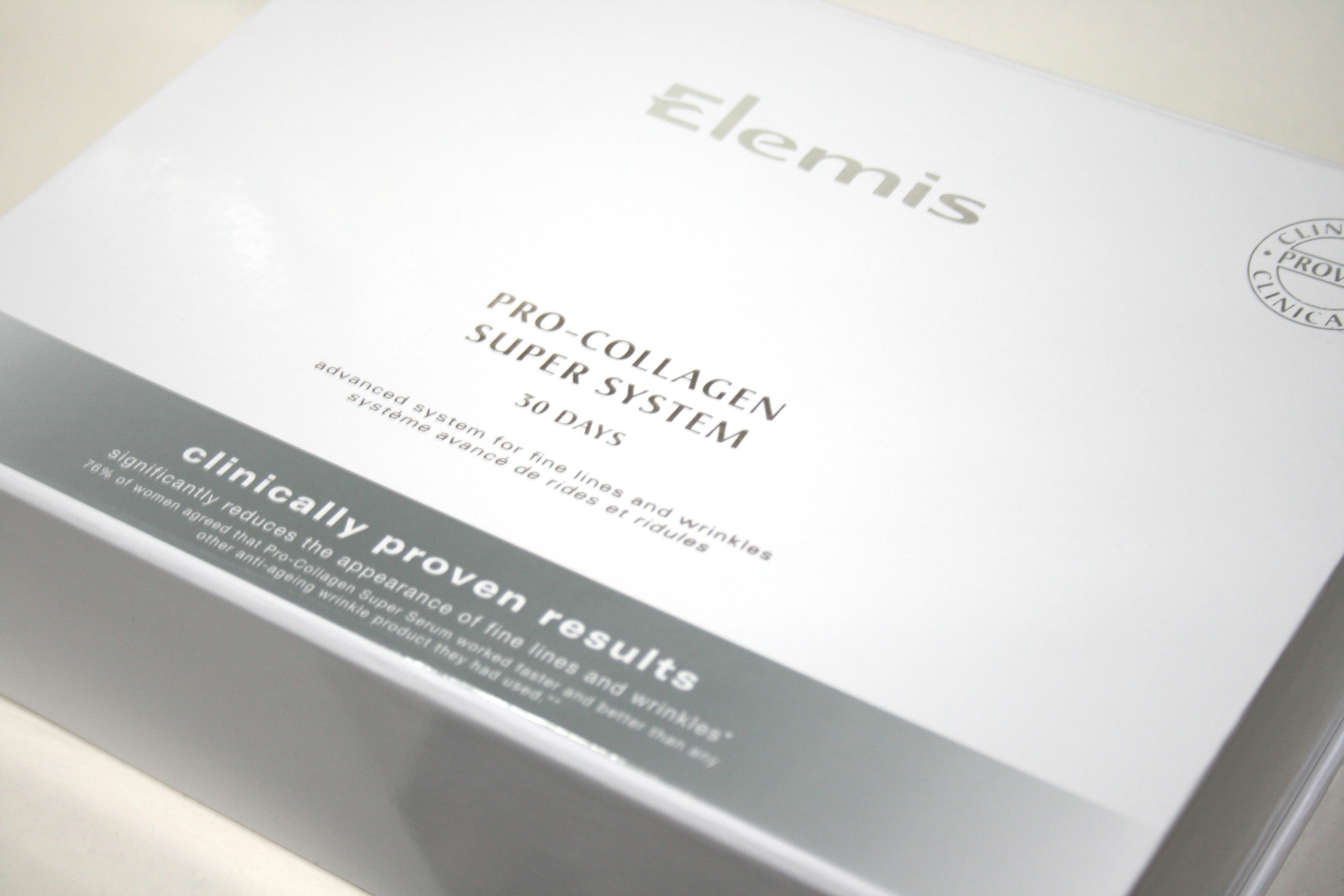 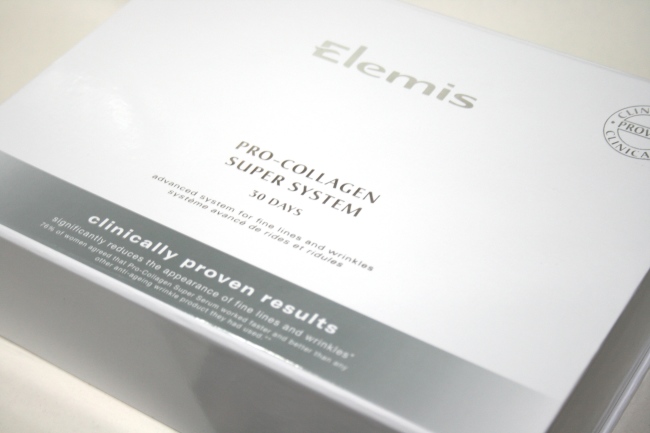 After a lifetime of spot-battling it seemed my skin was finally starting to relent, but instead dehydration was taking its place.  However, I would always pick dehydration over spots since, in theory, the former can be treated with high doses of moisture, right? Whenever Elemis as a brand has been raised in conversation, I’ve always stated how there isn’t a single product in their range that I’ve tried that’s given me spots, regardless of what type of skin it’s designed for.  Sadly that all changed with the Pro-Collagen Super System; it had to happen eventually I suppose! 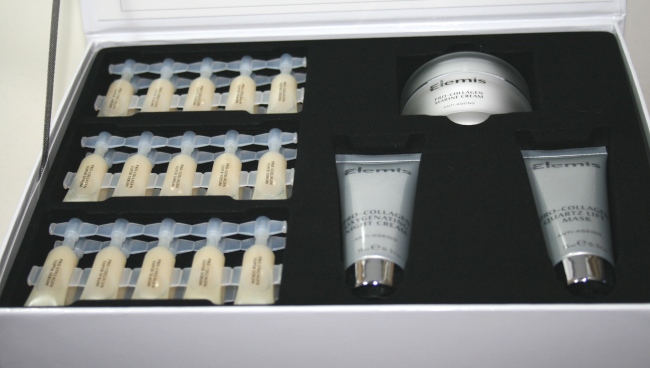 The Elemis Pro-Collagen Super System is designed as a month-long power treatment designed to boost collagen, replace lost moisture and just generally improve skin in rapid time due to the intensity of the products.  There are four products included in the kit; Pro-Collagen Marine Cream, Pro-Collagen Quartz Lift Mask, Pro-Collagen Oxygenating Night Cream and lastly 30 vials of the new Pro-Collagen Super Serum.  I’ve used all of these products with no problems apart from the Super Serum, so I can only assume that it’s either the serum itself, or the combination of the serum alongside other rather rich products that upset my skin so badly. 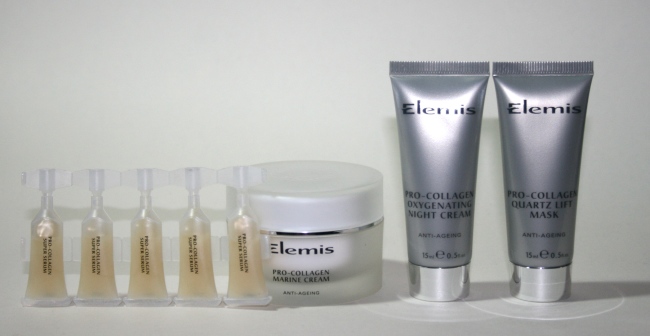 It’s been a while since I’ve had such a mega breakout as the one caused by this system.  Those horrible, big, fat under-the-skin spots appeared all over and were extremely uncomfortable.  I stuck with it for 3 days before deciding it wasn’t worth it.  It’s worth noting that this is not a system designed for my skin type and instead it’s more for those with more mature skin who have lost collagen, but I had hoped it would boost the moisture in my skin and balance things out.  I only used it for 3 days so I can’t really comment beyond that, but I will say that whilst it smoothed my skin, I wouldn’t say my skin felt more hydrated which is surprising I think.  Anyway, it wasn’t for me, but if you want to give it a go then you use half a vial of serum in the morning followed by Pro-Collagen Marine Cream, then the remainder of the vial in the evening under the Pro-Collagen Oxygenating Night Cream.  You then use the Pro-Collagen Quartz Mask once a week for the four weeks.  One thing I will say is the set is beautifully presented and the vials are handily designed so you can close them back up; when I first opened the kit I was wondering how needing to save half a vial of product would work so I’m glad they’ve thought of that! The Elemis Pro-Collagen Super System is £155 here.

The infamous and award-winning Shea collection from L'Occitane is now 25 years old, so to mark the occasion, L'Occitane have...