“Calico Corals” has a bit of a band-name-style ring to it, don’t you think? Time for my second instalment looking at the Calico (palest) shades from the new and very exciting Boots No7 Match-Made Lipstick service.  As I mentioned in my post on the Pinks here, the shades are all a bit confusing and you might not find certain shades in the right umbrella groups.  For example, to me, a shade called “Blushing Tulip” sounds like it should be in the Pinks category, but here it is in the Corals. 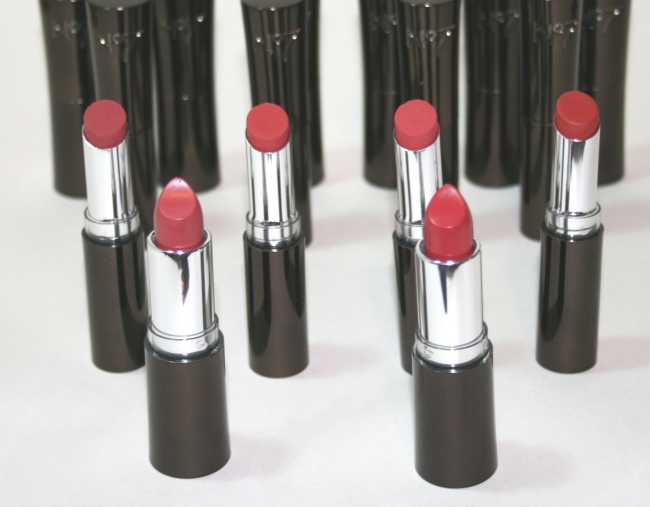 Minor annoyance aside, the Corals are rather lovely, albeit all relatively similar.  There are eight shades in total, four each in Moisture Drench and Stay Perfect formulas.  Here are two of the Moisture Drench shades: 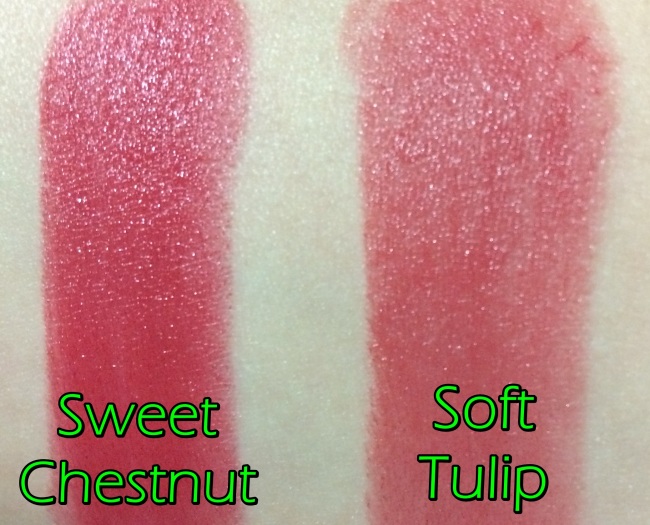 Sweet Chestnut is the redder of the two and will suit those who like an old-school coral shade, whereas Soft Tulip is a pinker coral that leans ever so slightly more nude.  Of the two, Soft Tulip is one of those shades that’ll fit with most make-up looks – dressed up or down – but I actually like both shades. 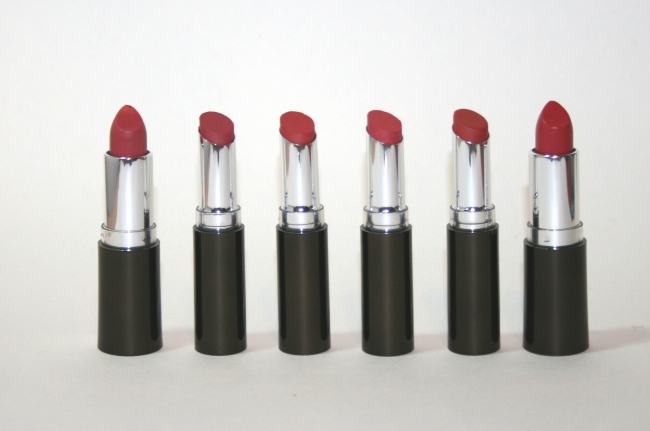 I have all four of the Stay Perfect shades: 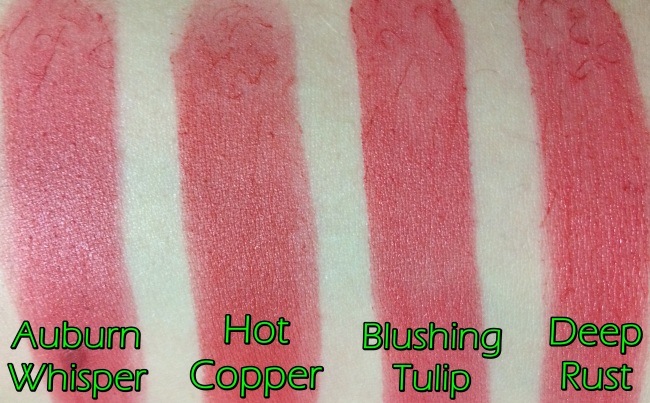 As you can see, they’re all quite similar with Auburn Whisper being the pinkest of the four.  Hot Copper is marginally more red and both Blushing Tulip and Deep Rust are pretty much the same shade sitting in between the other two.  I really don’t think you’d need more than one shade from this category!

There we have a closer look at the coral shades.  My next post in this particular series will show the Plums and Reds in the same post as there are only three shades in total.  Then I’ll give you a look at my pick of the bunch.  For more info on the Boots No7 Match-Made Lipstick service, head here – link – and don’t forget to check out my post on the pinks here.

If you're a Jelly Belly jelly bean fan then here's something to get excited about; Jelly Belly Lip Balms! These...