I can’t believe I haven’t written the 1 year update yet! Teddy turned 1 in NOVEMBER so it’s very overdue if you consider he’ll be 15 months old at the end of next week.  If you follow me on Instagram you’ll see relatively regular updates of Teddy with videos of him laughing such as this one, or pictures of him looking beautiful like this one. 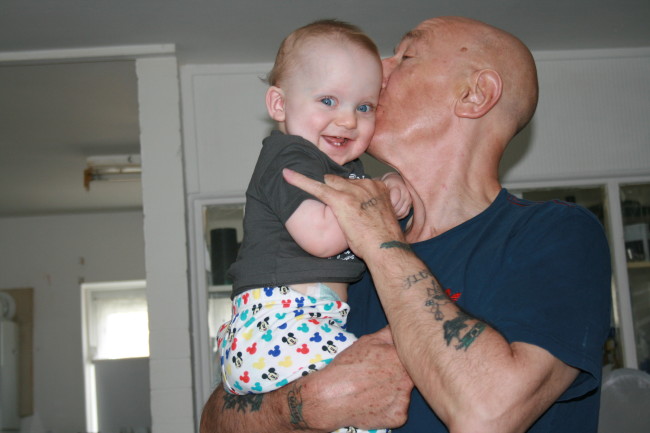 Teddy with his Grandpa Jim
PIN IT

Developmentally he’s doing brilliantly.  In the last update I might’ve mentioned that he was struggling with sitting and crawling, both things that other babies his age had mastered but that he was struggling with.  In the space of a few weeks he went from not being able to do either, to doing both of them perfectly and his crawling is especially impressive as he can move extremely quickly! He’s developing his comprehension amazingly well too and he can usually understand questions which he grunts an answer too, or if I ask him to pass me things he’ll hand them to me.  He’s also learnt the art of a good old fashioned tantrum and as he’s in the high 90s for both height and weight, he’s a hefty monkey to settle when he’s throwing himself around in a rage! Thankfully it’s very cute and you can very easily get him laughing when he’s having a strop.  He laughs so easily at everything and continues to be a little character full of joy. 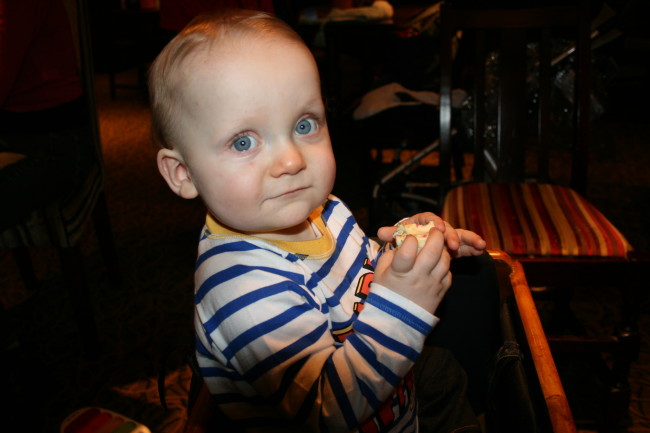 I had a birthday party for him in November where I arranged for a small group of friends and family to go to the pub for a few hours in the afternoon.  I pre-ordered some finger food through the pub and brought my own cake for Teddy.  It worked out really well and the whole lot cost about £60, which isn’t too bad.  Teddy got so many presents and had lots of fun unwrapping them whilst trying out his first bit of cake.  He’s still really into music and now has five different guitars that he’s always reaching for.  He also loves it when I play the guitar – I’ll shape the chords and he’ll do the strumming! Sometimes he’ll just pick up one of his guitar and bang away at it whilst trying to sing along.  Honestly, it’s awesome and I’m very proud that he’s already so into his music. 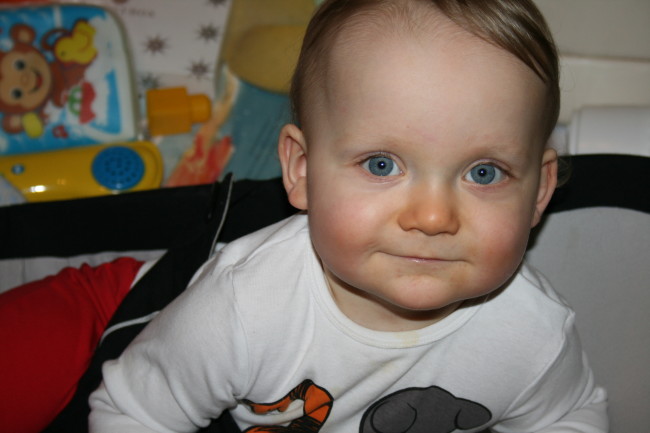 He’s still eating well and has a big breakfast, lunch, dinner and porridge before bed as well as two formula feeds.  He does struggle with gagging which can often result in him bringing the full meal out, so I’ll be taking him to the doctors to see if that’s anything to worry about, but as he’s growing at such a healthy rate and is a constant ball of energy, I’m inclined to think it isn’t.  He tends to go to sleep between 9-10 at night (we’re in the same room so it’s difficult for him to go any earlier) and he wakes between 9-10 in the morning depending on what time the Postman arrives and wakes us up! He then has a nap at around 1 – 2.30/3 and that’s it – he dropped his second nap at about 8 months which was a bit annoying, but he sleeps so well at night so it isn’t a big problem and you can’t have it all! I’m still being quite strict with what he eats and I’m avoiding sugar, additives and preservatives as I don’t want him growing up thinking that they’re all elements of a normal diet.  Hopefully it’ll pay off as he certainly loves his food! He’s still a total joy every day to be with and I love spending time with him, having cuddles and watching him become his own little person.  I’m one very proud mummy!

Recently (I want to say last year, but I could be wrong) the Queen Diva herself launched an impressive beauty...