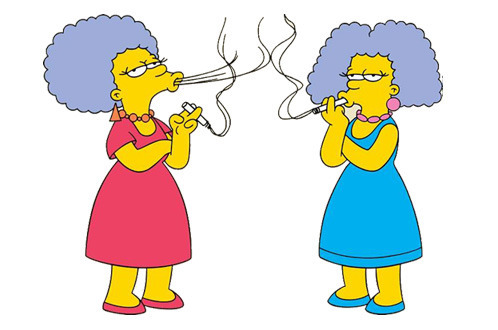 Today is No Smoking Day, meaning there’s lot of promotion and advice on how to go about kicking the habit.  Pre-Teddy, I used to smoke 25-30 fags a day and even though I kind of wanted to quit (I liked the idea of it, at least) I never really thought I would.  Then I found out I was pregnant and didn’t want to risk anything horrible happening to my baby, so I quit.  That was almost 2 years ago and I haven’t had a cigarette since.

That isn’t to say that I don’t often think about smoking.  I speak to ex-smokers who talk about how repellent they find smoking (etc, etc) but I’m yet to reach that point and I doubt I ever will.  When anyone walks past me smoking I always take a deeper breath and I still love the way it smells.  I don’t think this is something that will ever pass, but it’s honestly so minor that it doesn’t bother me; it’s never reached the point where I’ve been genuinely desperate for a fag and I do believe that’s due to the approach I took to quitting.

I went completely cold turkey when I quit.  By this I mean I didn’t replace cigarettes with anything – no Nicotine Replacement Therapy or lollipops of chewing gum – I just spent 3 days feeling like I was living my worst nightmare, then everything started to feel normal again.  This was a very abrupt way of informing my body that there would be no more nicotine and the short, sharp slap seemed to work as after those initial 3 days, smoking was in the past.  So many people quit and hover just above the point where they’re about to start smoking again and I believe this is because (in my very humble opinion) the body hasn’t really been told that something as dramatic as drug withdrawal has happened, so it never really experiences the full change.  Consequently, NRT or similar replacement products are just delaying the change, which risks it occurring when the person who is quitting is unprepared, such as when they come off NRT having been off the ciggies for however many weeks or months.

The key, for me, is that I’ll always be an ex-smoker rather than a non-smoker, so I’ll always be prone to the occasional craving.  I do sometimes think if having ‘just the one’ but that’s a slippery slope back into smoking, plus I have an app that tells me how many days, hours and minutes I’ve been smoke-free (well worth downloading as a motivational tool) and I don’t want to ruin my record! If you really want to quit and you can’t quite manage it the first time, just keep trying.  It’s worth it in the end and it isn’t half as scary as you think it’ll be.  Good luck!

Last year I was lucky enough to be taken to Paris by the people behind the My Little Box subscription...