A little bit of sun this weekend has turned my thoughts to sunny weather skin prep, so I’m thinking hair removal and possible fake tanning.  As a brand, I really rate Veet and I’m always keen to find out what’s new, so I was very excited to get my hands on their Spawax kit, especially as I absolutely love their Easywax Electrical Roll-On device. 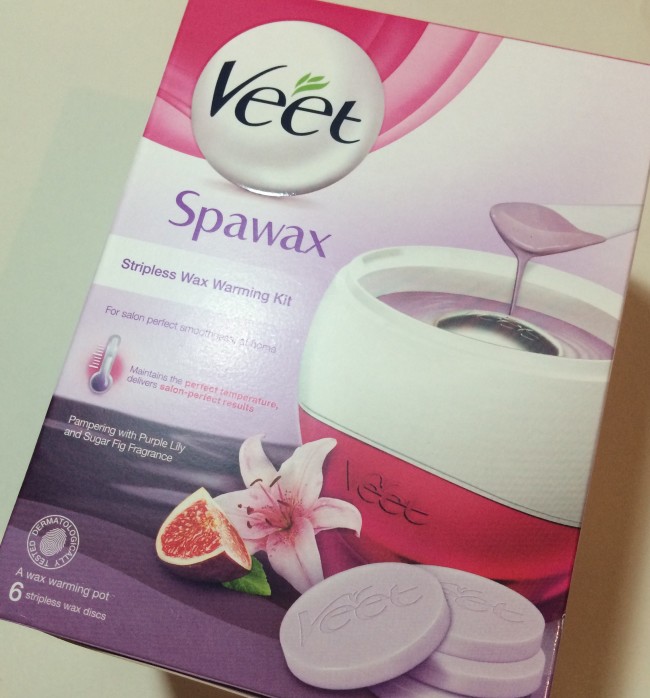 The Veet Spawax kit takes at-home removal to the next level, by literally giving you a home-based take on a typical salon wax set-up.  In the kit you get a little tub heater where you plonk your wax discs, a spatula that sits within the pot – very well designed as otherwise you’re pretty much guaranteed to lose the spatula within days – and a lid that turns shut for safety.  You also get six wax discs in the Purple Lily and Sugar Fig variant (there’s also a White Orchid and Vanilla ‘flavour’ available to buy) which is stated to be enough to wax both lower legs, underarms and the bikini line.  Six discs will set you back £8.99, which sounds a lot, but if you compare it to how much the same thing would cost at a salon then that puts it into perspective. 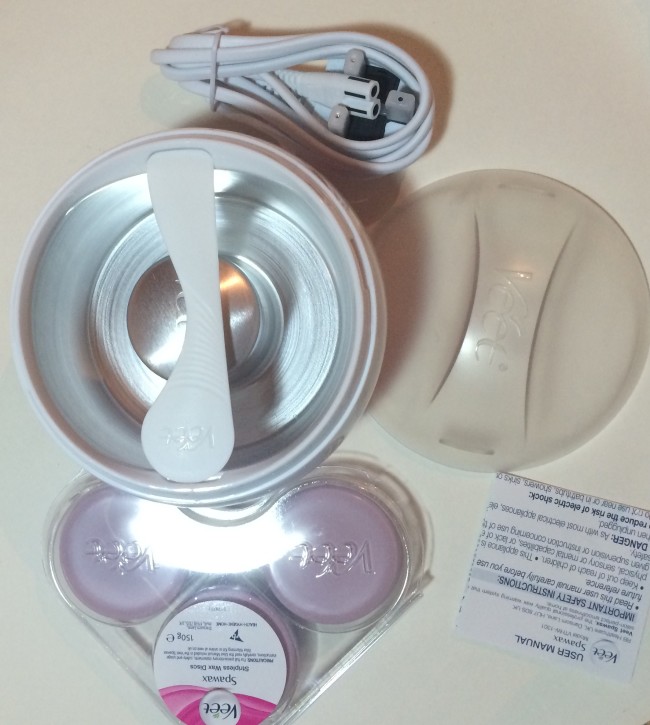 The Spawax system is very easy to set-up, you just plop the discs in the tub, plug it in, leave it for about 20 minutes, give the wax a mix with the spatula and then start your waxing.  This is a strip-free system as the wax dries into a strip that you then whip off.  Therefore you use the spatula to apply a strip, leave it to dry for around 20 seconds (you touch it to test whether it’s dry or still sticky) then you pull it away.  Obviously the application of the wax itself takes a bit of knack as you need to apply it so you leave a lip to grab hold of and remove. 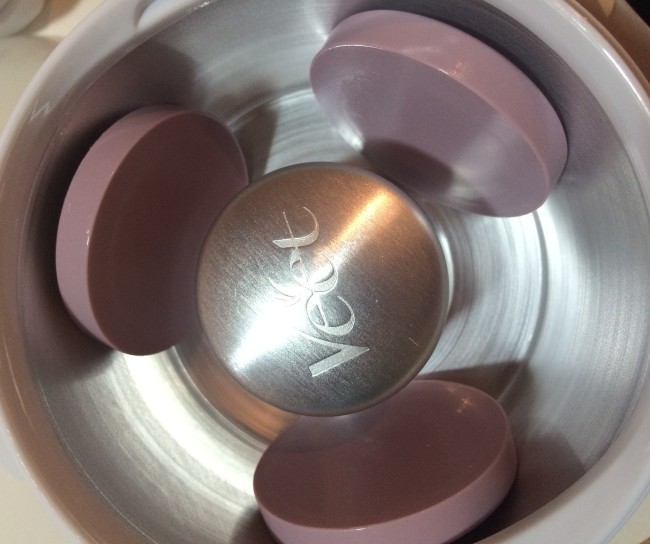 I am not the ideal candidate for a fair review of the Veet Spawax Kit as I don’t do a lot of at-home waxing, I either go to a salon or I shave.  I think waxing takes quite a bit of courage as you need to grab the strip and pull it with gusto knowing that it’s going to hurt…I’m just not good at this! I really struggled with getting the wax right as I found that if I took a big enough scoop of wax, it would start dripping everywhere before I got it on to my leg, but if I didn’t scoop enough, I wouldn’t have a thick enough strip to pull out the hairs, so a few would get left behind.  I also had a hard time creating the lip that you need at the end of the strip to give you something to grip on to – consequently, a few times I had to pick at it to get the strip going which was horrendously uncomfortable as, as you’re doing that, you’re also slowly pulling out hairs.  Not nice! 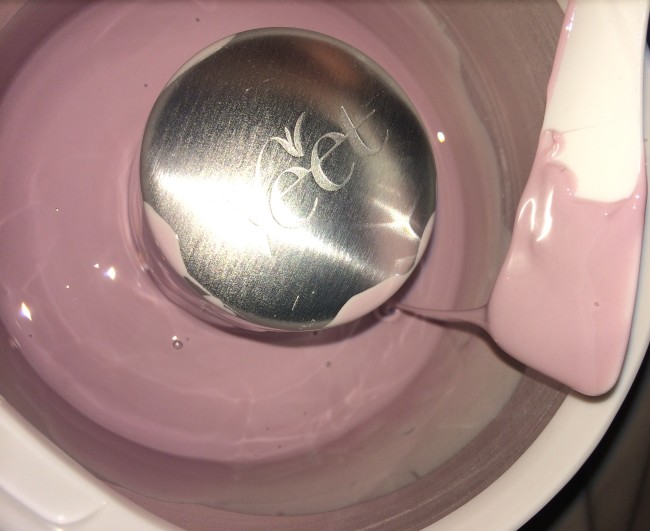 Consequently, this is the sort of kit that I think would be perfect for those who do a lot of at-home waxing and aren’t scared to get stuck in.  It’s messy but a good body oil will remove any residue, however I do think Veet should include some of their wipes to get you started, just in case you don’t have an oil to hand. This is pretty much exactly as you would find in a salon, which is great if you possess the skill and technique, but not so great if you’re like me and lack both those elements.  Having said that, I do think that if I persevered I could get the hang of it and actually find this kit quite handy, but I’m not going to, and instead I’ll be sticking with the much easier Easywax system.  To summarise, if you’re experienced at at-home waxing, definitely give this a go, but if you’re not, go for the Easywax instead.  The Veet Spawax kit is £39.99 and can be found here – link.

I've got really into sheet masks lately as I find them to be a really effective way of hydrating...