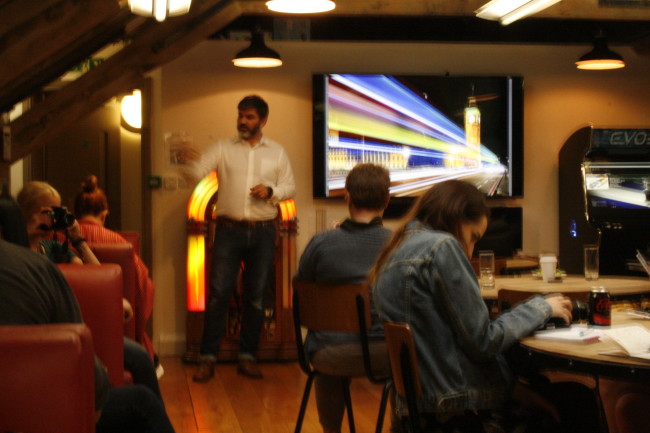 Last weekend I did something I very rarely do on a Saturday, which is get up early, get dressed and actually leave the home to do something practical and beneficial, rather than sit around in my PJs watching Breaking Bad and Friends reruns.  I went off to (not-so) Sunny Kings Cross with a group of bloggers to a day of learning all about photography and how to put our DSLRs to proper use….Basically the idea was to claw our stubborn fingers away from the “auto-shoot” button and teach us how to be a bit more creative and experimental with our photography. 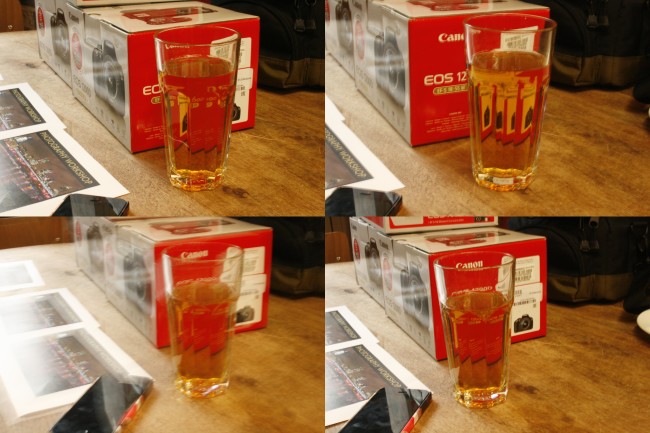 The course was taught by London-based Photographer, Paul Hames, who started the workshop with a look at the various options available on our cameras and a talk-through of what they can be used for, with suggestions on different set-ups and what sort of shooting scenarios they might be best suited to.  We all tried out the different settings during the morning, hence the shots of my apple juice above – which are there to demonstrate me having a bit of a play with the camera, as opposed to any actual skill gained… 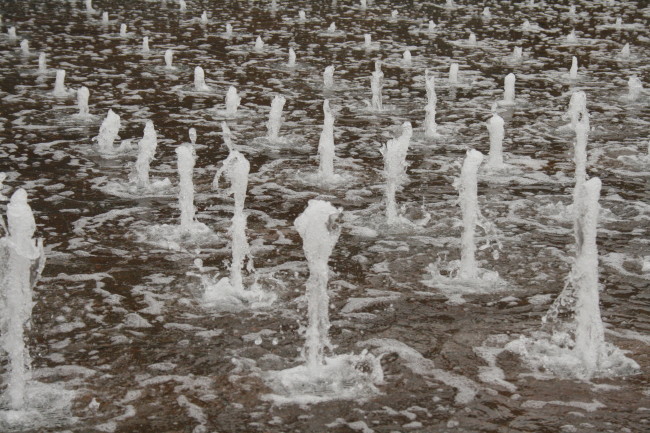 For the majority of the afternoon, we went for a walk to Granary Square, since there are lots of lovely areas to photograph such as the awesome fountains outside Central Saint Martins and parts of Regents Canal.  There were also ponds nearby but unfortunately I hit my limit for how far I could walk, so I spent most of my time taking pictures of the fountains, which I thought, at times, looked like watery hands coming out of the ground! 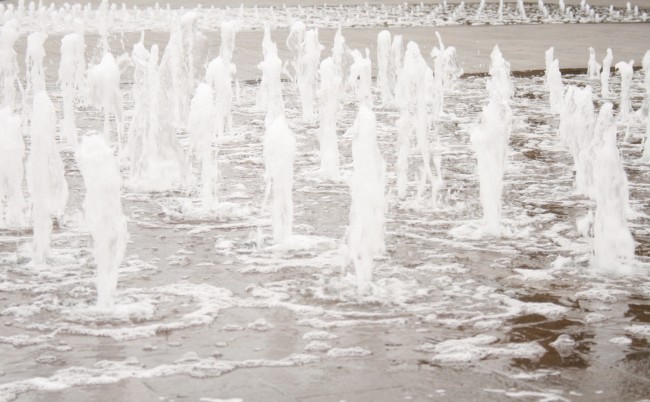 The next picture of the fountains demonstrates a bit of what I learned from the day, since I had a play around with the settings which allowed the starkness and brightness of the water to show through more.

Speaking of what I learned, I think one of the biggest things I took away from the course was how to play with light settings within the camera, and how overexposing a shot isn’t always a bad thing.  For example, in both the above and below shots, the darker pictures are in the right settings for the lighting where the picture was taken whereas the lighter pictures are overexposed, and I think the overexposed ones are better!

I also played around with shutter speed, although it’s safe to say my attempts at taking photos with a slower shutter speed need work – especially as my camera kept freezing during the slower shots – but out of the hundreds of pictures I took on the day (seriously, I was clearly well into those fountains) the one shot I quite liked from playing with shutter speed was this one of the ducks as I think it looks like they’re going at quite a speed even though they weren’t really moving that fast at all.

Finally, in my attempts to be creative, on the way to Granary Square we saw a bird making a nest, and just behind that , amongst all the rubbish, were a couple of balloons: 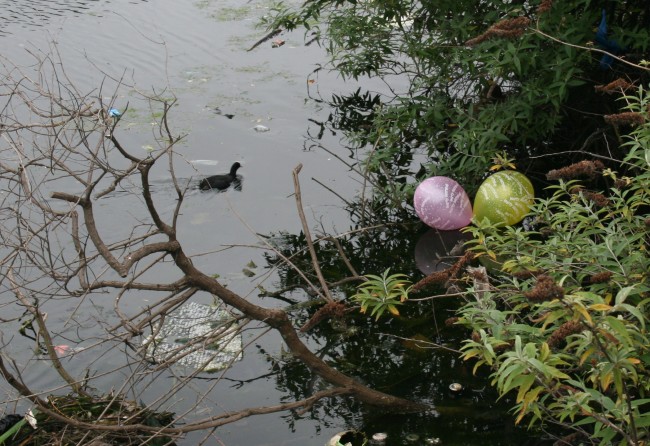 Have you seen or read Stephen King’s It? The Balloons sitting on the water made me immediately think of the clown in It, his obsessions with balloons and the infamous “Do you want a balloon, Georgie? We all float down here” lines – I’m aware that if you have no idea what I’m talking about then this all sounds a bit weird, but here’s a clip to give you an idea and seriously, watch the film, it’s awesome – and as there’s a lot of focus on the Deadlights (bright white lights – yes I’m aware I’m going off on quite the tangent here, but stay with me…) in the film, I wanted to try and create a whited out version of the image in front of me.  Okay so it didn’t quite go to plan and the overexposure ruined it quite a bit, but at least I tried! 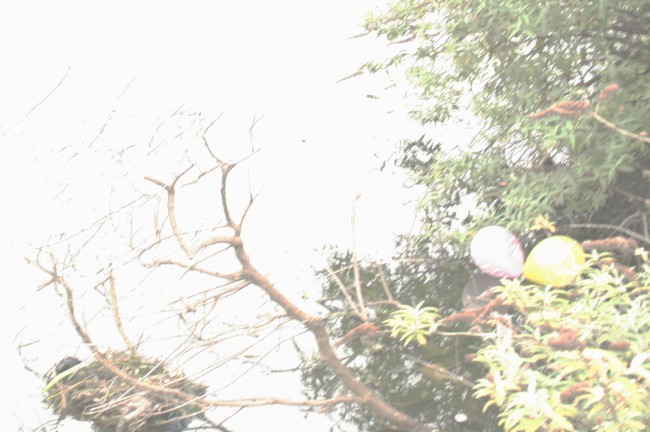 That’s the key thing I took away from the day: don’t be afraid to try things; be creative, experiment, don’t just stick to one setting for everything and see what the various options allow you to achieve – I’ve always started playing around with a softer focus as you can see in my recent post on the Roberto Cavalli Paradiso fragrance review.  Photography doesn’t need to be about taking amazing photos, it’s just another platform to be artistic and creative.  Thanks to everyone involved on in the #LightsCameraCurrys event, I had a great time, and if you fancy reading more about it, check out the main post here – link.

If Sisley Eau Tropicale was my Summer Scent for 2014, then Roberto Cavalli Paradiso is my 2015 Summer fragrance, as...