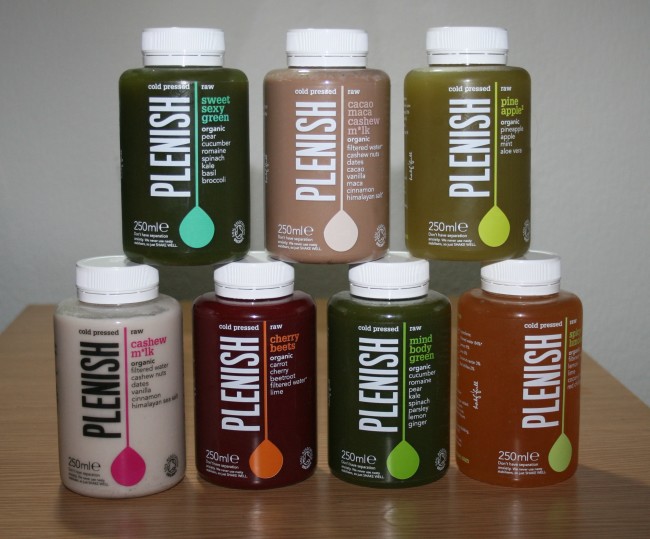 I’m still trying really hard to improve my health through my diet by adding in lots of good stuff and eating less of the bad stuff – I still have my takeaway treats, I still eat cake whenever I fancy it, but I’m eating more wholegrains, fruit, veg and less bad fat.  I’ve started steaming food in an awesome steamer I picked up on eBay (more on that in another post) and I try to start my day with some seeded, wholegrain bread and a juice.  Consequently, I’ve been trying out the flavours available in the range of Plenish Cold Pressed Juices and here are my thoughts: 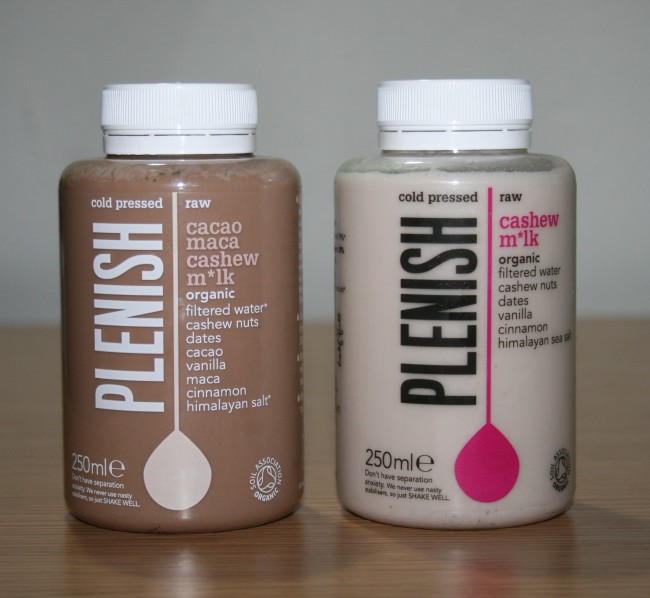 I’ve roughly categorised the juices into three different categories: milky, fruity and green.  The milky ones are the ones I thought I’d like the most, but actually as they’re nut-milk based they didn’t really do it for me.  I’d love to move completely away from dairy and go for nut-milk products instead, but I really hate the chalky texture! The first of the milky flavour that I tried is the Cashew Milk one, which is water, cashews, dates, vanilla, cinnamon and Himalayan Sea Salt.  I gave this a good shake but I found some of the powdered ingredients had clumped, meaning you often got a mouthful of powder clump – not tasty at all! The Cacao Maca Cashew juice (that name makes me think of In the Night Garden – if you’re a parent to a toddler then hopefully you’ll know what I mean…) was a lot more palatable, even though the ingredients aren’t too different with only the addition of cacao and maca, but it was a nice, sweet drink that wasn’t too far from a more traditional chocolate milkshake, just much healthier! As a result, I’ve invested in some cacao to use in cooking as I think it’s a rather fab ingredient for anyone with a sweet tooth. 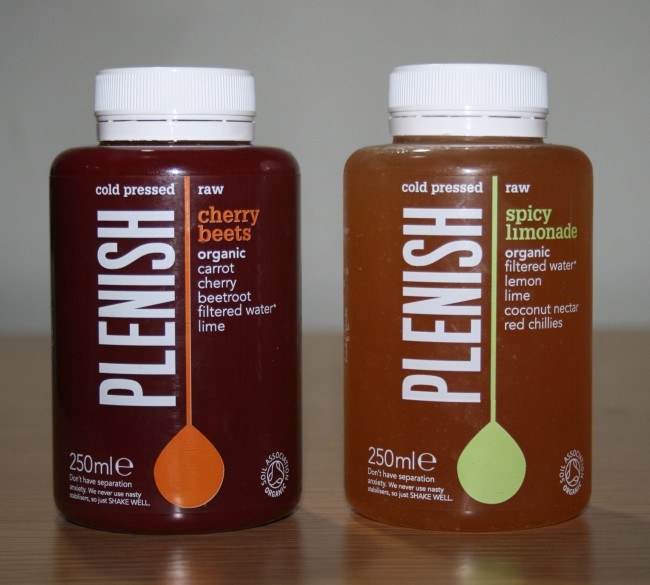 Now on to the fruity numbers, starting with the Spicy Limonade, which contains water, lemon, lime, coconut and red chilli.  This is quite the Winter Warmer and really does pack a punch – I bet this would be amazing at curing a stuffy nose! Out of all of them, this is definitely the most unique flavour I’ve tried.  It’s a very hot fruit juice, so beware if you struggle with chilli. I struggled with Cherry Beets, but not so much so that I couldn’t drink the whole thing.  It’s very veggie-tasting, with the overwhelming taste being carrot; I was disappointed that I couldn’t taste cherry since it’s one of my favourite flavours, but it’s a sweet juice and that’s probably thanks to the cherry.  The fact that I managed to drink the whole let says a lot, as I absolutely hate beetroot! The ingredients are carrot, beetroot, water, lime and cherries. 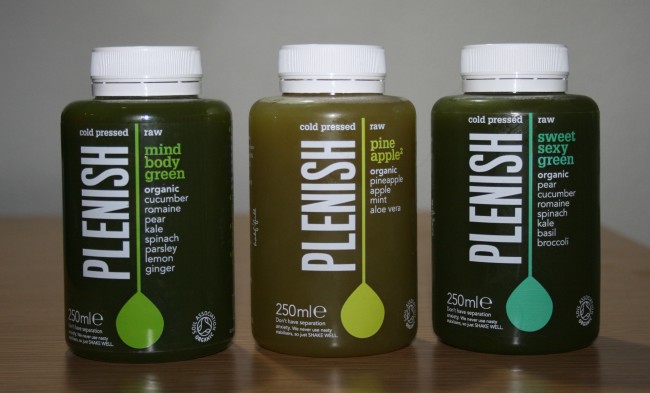 Now on to the greener juices which were my favourite of the bunch – I actually started with these as I thought they’d be my least favourite! Sweet Sexy Green is absolutely jam-packed full of greens, with the ingredients including pear, cucumber, romaine, spinach, kale, basic and broccoli.  Yes it does taste as you’d expect – like a big glass of veg wtith broccoli being the dominant flavour – but if you persevere it does become easy to drink quite quickly, and this was the one that had a really immediate effect on how I felt; I immediately felt energised, awake and raring-to-go, so this is a great choice if you’re trying to cut out coffee.  Mind Body Green is easier to drink than Sweet Sexy Green, and it contains cucumber, romaine, pear, kale, spinach, parsley, lemon and ginger, with the dominant flavour being cucumber.  The final juice is Pineapple2, which is the antioxidant-rich choice for anyone who hates juices.  The ingredients are pineapple, apple, mint and aloe vera, which tasted a bit like a virgin mojito!

There are some great flavour choices, very much something for everyone, and they do pack some serious goodness in their dinky bottles, but there are a couple of down sides.  Firstly, the bottles are extremely difficult to open.  The way the lid sits on top of the bottle leaves very little room for gripping, meaning it’s a real struggle to untwist – I have very strong hands and this was difficult! Secondly, the price is pretty phenomenal; these are £5.95 for a 250ml bottle which is a huge amount to pay, especially if you’re looking to have a juice a day.  Therefore for me, these will be an occasional treat rather than a daily essential, and I’ll be mostly picking up the Sweet Sexy Green juice as I feel it’s the one that delivers on contents.  For more info on the Plenish range, head here – link.

Last month we were teased with a little spoiler suggesting that the July 2015 Glossybox would be French-themed, and here it...