The Perfect Baked Potato with the Russell Hobbs Purifry 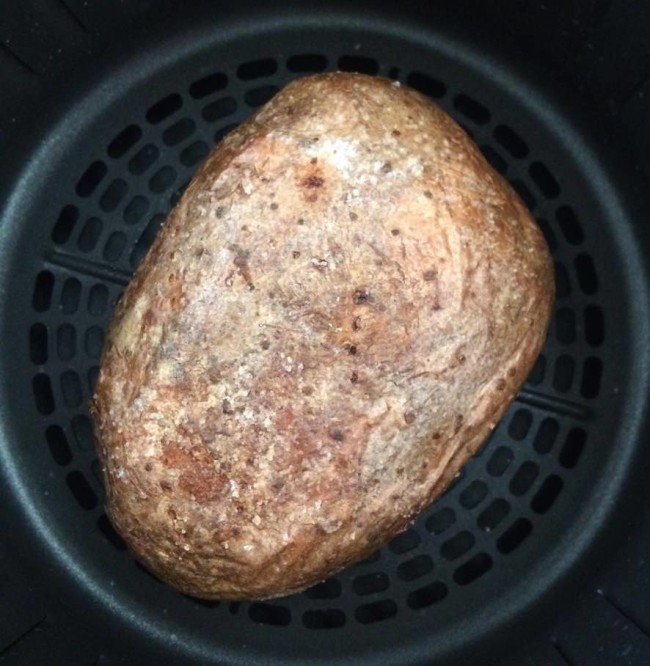 I grew up hating baked potatoes, but this was mainly due to the fact that my mum wasn’t big on putting in the time to get them all perfect and crispy and crunchy, so they just went around the microwave for a few minutes before being served, looking a tad tired and browbeaten.  It was only when I moved out and started (reluctantly…) cooking for myself that I realised a baked potato could actually be something pretty special.  I believe the perfect baked potato should be crispy to the point of almost burnt on the outside, whilst the potato itself should come away from the skin in a liquid-like fashion.  It should be so tasty that all it needs is a bit of a butter and fresh black pepper to make it a meal. 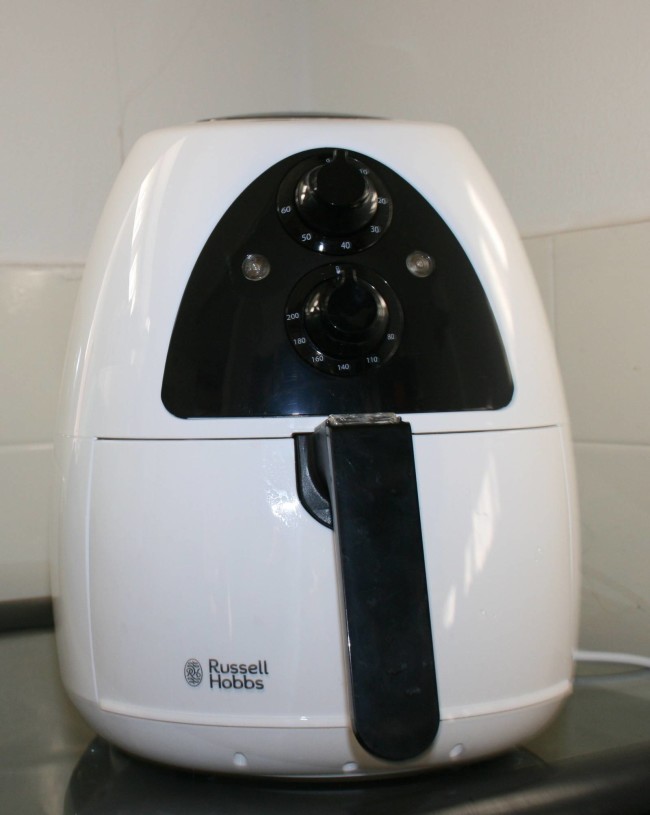 Usually, the only way to to do this is to put it in the oven for several hours – I tend to prick, wash, rub in oil then salt before bunging them in the oven on a medium heat for anything up to three hours.  Not only is this a pain if you’re hungry or aren’t around to put the spud in the oven at around 5pm, it’s also quite an expensive way of cooking since the oven is on for so long.  Cue the Russell Hobbs Purifry. 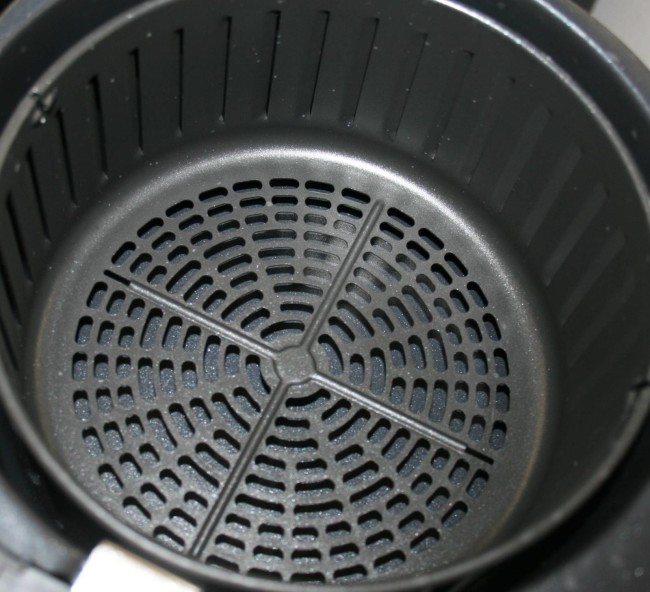 The Russell Hobbs Purifry is a device designed to allow you to fry foods without the high oil content, making for a much healthier meal.  It’s a very easy to use device, you just set the heat, then the timer, add your food to the bowl, then come back when the timer sounds.  It’s perfect for anyone busy who likes a home cooked meal, and you can do most foods that need frying other than anything that starts off as a liquid, like eggs. 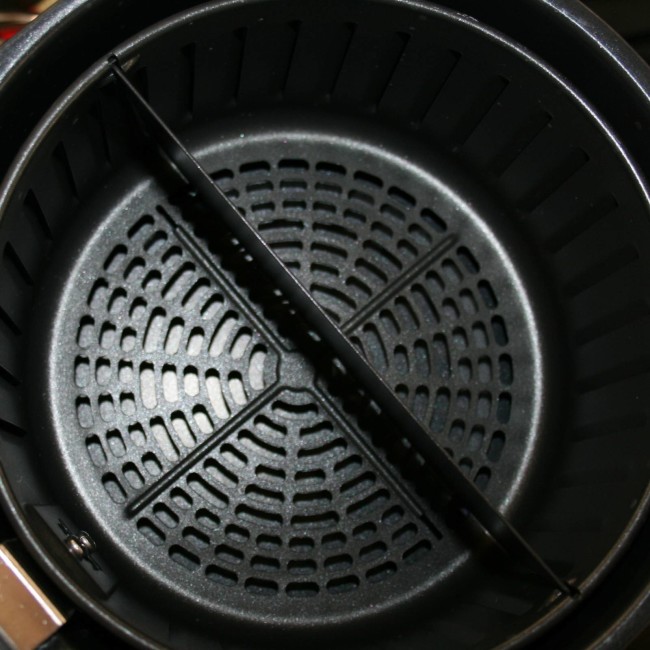 Whilst this is sold as a healthy fryer, in my opinion, it’s more of a convenient and space-saving oven.  I’m personally not a fan of foods dripping in grease or fat, but if you are then you won’t love the Purifry as it’s taken away that element, so you instead cook the food with limited additional fat (just one teaspoon of oil is needed) which allows the food to produce it’s own flavour rather than relying on the fat.  This is a win for me, but if you’re after the taste of freshly fried chips without the calorie content of the frying fat, you will be disappointed. 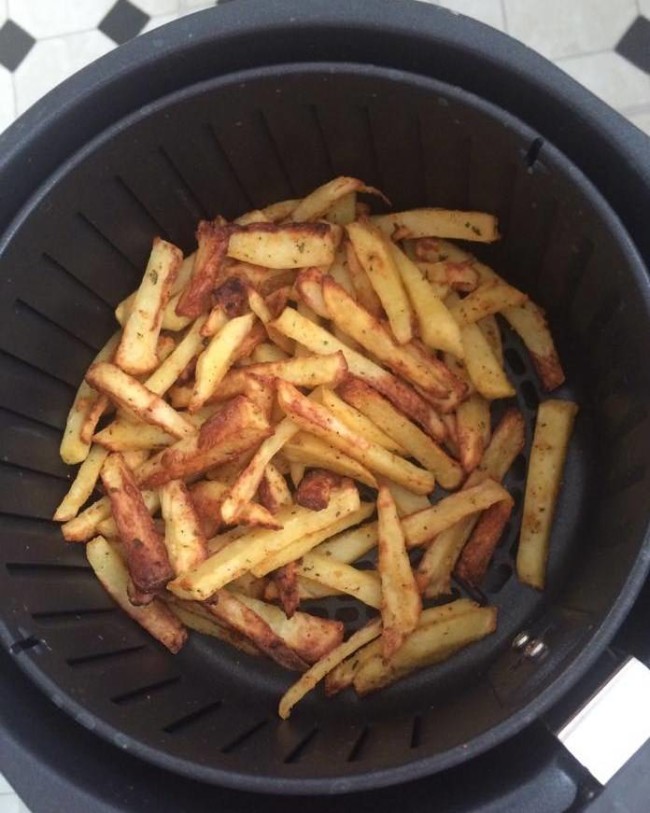 Having said all that, this will give you the best baked potato you can find, with minimal effort, virtually no fat and in a lot less time! I don’t think I’ll ever bake a potato in a traditional oven again as this way produced such a tasty spud that was truly perfect – creamy on the inside, crispy on the outside…my mouth is watering as I think about it! Obviously the Russell Hobbs Purifry has many other uses and can be used for cooking chips – pictured was my first ever attempt at chips from scratch, tossed in oil and seasoning then “Purifryed” for around 40 minutes – sausages come out soft and juicy on the inside and crispy on the outside, and apparently it’s brilliant for cakes too, although I’m not sure how that would work! 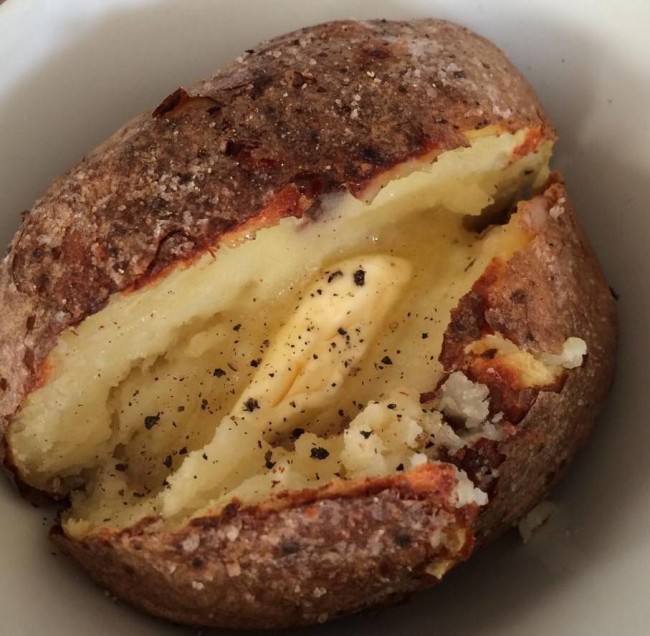 For me, this is a perfect product for a meal for one if you use the bowl divider, as pictured above (such as fish and chips or sausages and baked potato) or for cooking an element of a meal for two, such as a couple of spuds or a big portion of fries.  It cooks everything so quickly, is very easy to clean and is a handy device for small kitchens, travelling or just having around for perfect potatoes.  It seems to be available for wildly varying prices from £50 to £150, so I’d suggest shopping around.  In the meantime, you can find out a lot more about it here – link.

When these first arrived I thought they were a rather cumbersome, overly-pigmented attempt at liquid highlighters, and I put them...