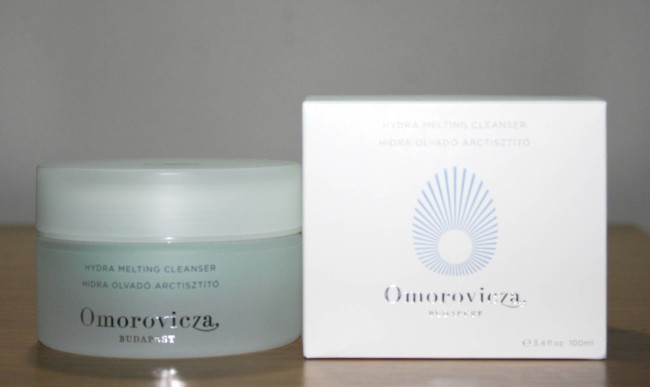 I posted about some of the new Omorovicza launches last week, and the post was discussed in a few forums with the most excitement being focused on the new Hydra Melting Cleanser, so I thought I’d get the review out to give you more info on what it’s all about.  The Omorovicza Hydra Melting Cleanser is a triple-phase cleanser that starts off as a thick gel, that warms up to a balmy oil before the addition of water turns it into a milky cream.  It’s packed full of skin-loving goodies such as Sea Buckthorn Berry Oil (ACE vitamins and Omega 7), Evening Primrose Seed Oil and several essential oils such as sage, camphor and chamomile. 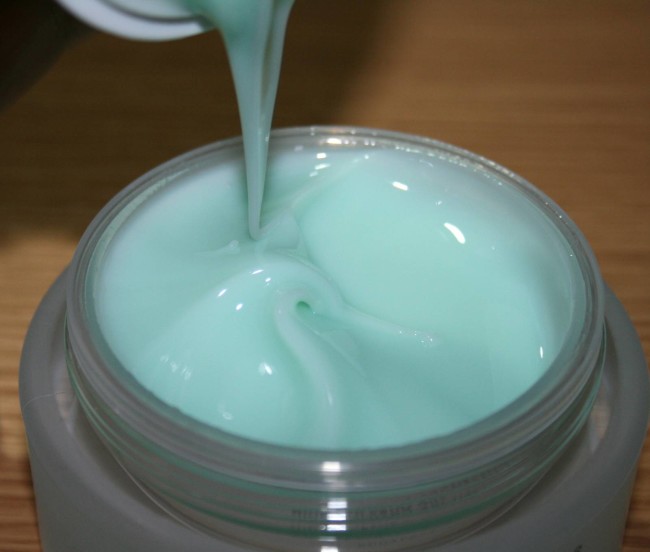 As with all Omorovicza products (that I’ve tried) it’s a joy to use.  The thick gel is a formula I don’t think I’ve come across in other cleansers before, but it feels rich and balmy on the skin, yet not too heavy.  It moves around the skin easily, yet it doesn’t break down into too much of a slippery oil, instead staying balm-like, meaning you’re really encouraged to keep moving it around the face and massaging it in.  When you’re ready, add a bit of water that’ll turn it into a lovely creamy milk that again doesn’t thin down too much, so you don’t end up dripping milky cleanser all over yourself.  Skin is left feeling really well hydrated without any residue, and the products comes away easily with a flannel or sponge.  Due to the essential oils, I would tread carefully around the eye area – I have used it a couple of times and it’s been mostly fine, but there’s definitely a bite in there (think menthol or mint-like) from one of the oils that might upset sensitive eyes, although I don’t think it would be a problem for sensitive skin.  If you’re a fan of double cleansing then this is very much a step two as skin does feel lovely after use, so it would be a waste to use it as a step one.  It launches in October 2015 in all Omorovicza stockists and online here – link – for £65.

If you're seeking an antidote to the sickly sweet brights of Summer and wishy-washy pastels of Spring, I have the...