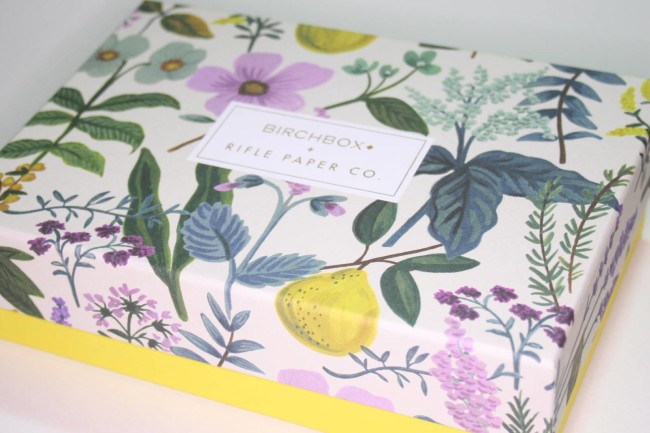 Both of the main beauty boxes arrived today and both of them are really rather good.  The Birchbox April 2016 is a collaboration with the Rifle Paper Co, hence the extremely pretty and very Spring-themed box design.  The April 2016 Birchbox contains five items, although only one is full-sized, which might let the box down a bit as usually if the majority are sample sized, you often get six samples to make up for that fact. 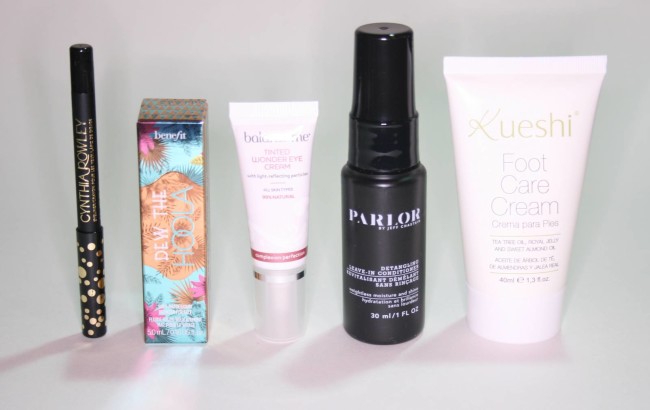 Having said that, there are some great brands represented in the Birchbox April 2016 contents which will give me an opportunity to try some products that I might not have previously considered.  There’s also a fairly good mix covering the main beauty elements of make-up, body care and hair care.  Let’s have a look at what we got: 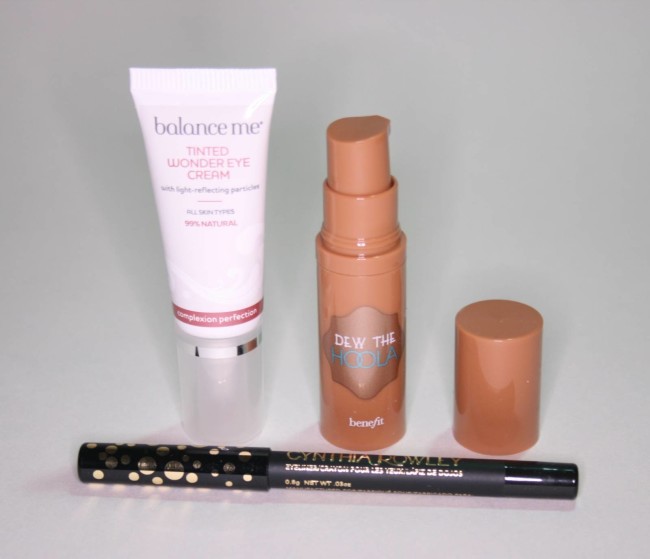 I’ve been on the hunt for a good black kohl pencil although I’m not 100% certain whether the Cynthia Rowley Beauty Eyeliner in Black is suitable for waterline use.  Having said that, I’m still happy to receive it as I’m going through a bit of a smudgy liner phase, so this’ll definitely come in handy.  I think this is full-sized, but if not then it’s at least a very decent sample size.  The Balance Me Tinted Wonder Eye Cream sounds like the ideal transitional product to take us into the warmer months and out of heavier concealers, so I’m looking forward to seeing you how it performs.  I also think it’s great that another decent sized sample in the form of Benefit’s Dew the Hoola has been included as this is a great liquid version of the cult box of bronze from the Hoola line. 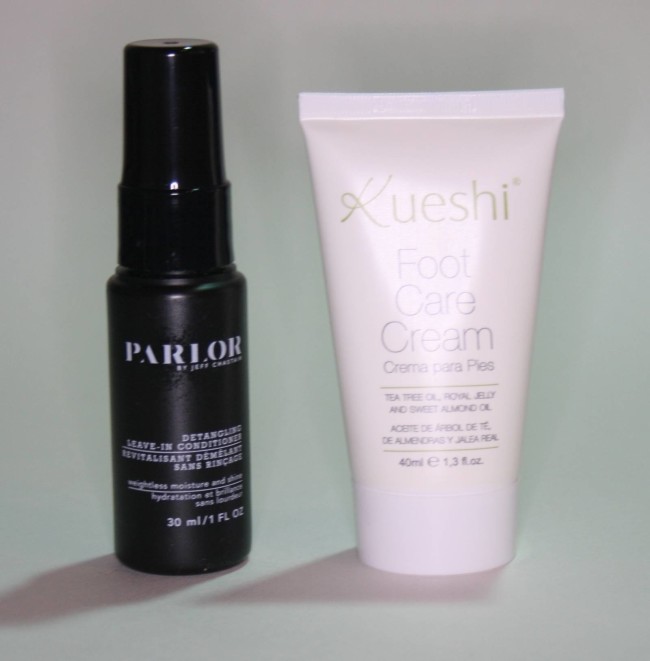 It’s quite astonishing just how much foot cream we get in these boxes isn’t it? Talk about a filler product! Well, here’s another in the form of Kueshi Foot Care Cream, which contains sweet almond oil, royal jelly and tea tree oil, so at least it sounds like it could be quite decent, based on the ingredients.  The final product is the Parlor by Jeff Chastain Detangling Leave-In Conditioner, which is last on my list because I just can’t quite get my head around the idea of using a leave-in conditioner, even though people keep recommending it for my hair type.  I think it’s because I’m quite prone to greasiness so the idea of not washing out a conditioner makes me feel like the problem would get a lot worse! On that basis, I’m unlikely to use this.  The April 2016 Birchbox is available for £12.95 (including P&P).

The Oral B White Collection

As soon as the Fortune Favours the Brave palette launched - the collaboration between Makeup Revolution and Jane from British...