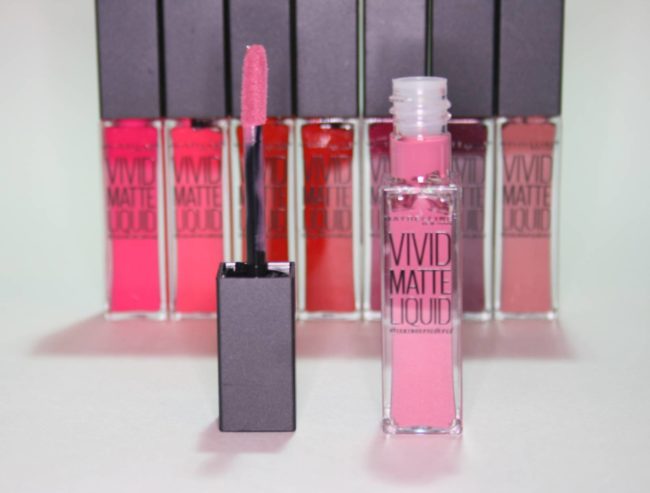 I wrote a quick intro to the newest releases from Maybelline here, where I promised a more through post on the new Vivid Matte Liquid lip colours, so here it is! The new Maybelline Vivid Matte Liquid lippies are absolutely beautiful, creamy, matte lip colours that apply like a lipgloss and dry to a semi-matte finish.  They don’t go completely, chalk-like matte, and instead retain the teeniest, tiniest hint of sheen that just about catches the light under a flash – the purists might not like this, but I think it’s a wonderful formula that works brilliantly. 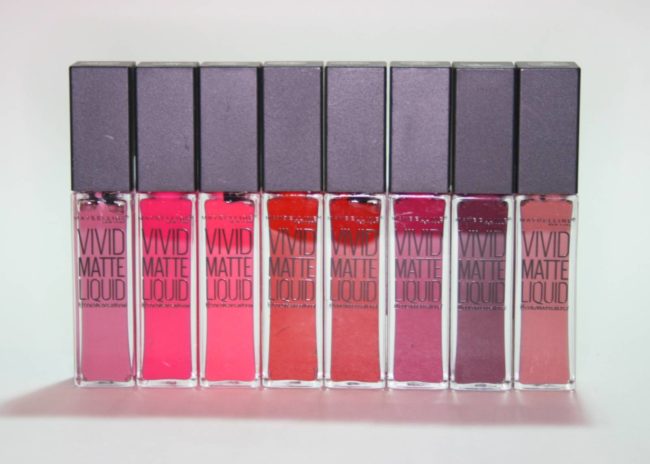 As I mentioned in the previous post, I don’t know a lot about these yet, so I don’t know if we’re getting the full colour range of ten or not – although I really hope we are! I have eight of the shades, so going from left to right above we have Nude Flush – a pink-leaning, mid-toned nude; Electric Pink – a beautiful, vivid, true pink; Coral Courage – another pink that leans a little peachy in tone; Orange Shot – a vivid, bright orange; Rebel Red – a true red; Berry Boost – a gorgeous, deep berry shade that’s almost deep fuchsia; Possessed Plum – another true shade, this is a deep, dark plum and finally Nude Thrill -a more common nude shade that leans quite deep. 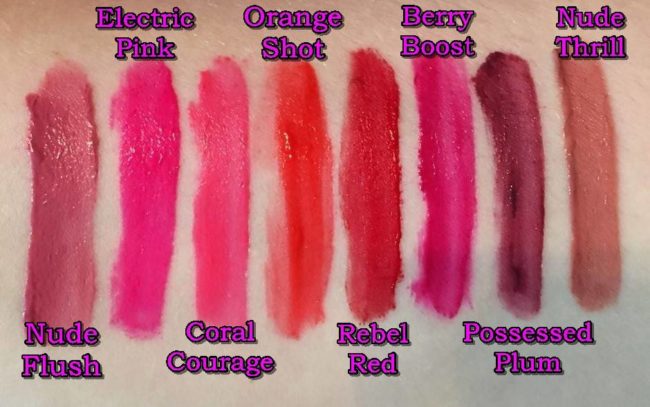 I love the fact that these cover such a great shade spectrum as there really is something for everyone, other than fans of paler pinks or less traditional shades.  My favourites of the bunch are Berry Boost, Nude Flush and Electric Pink, but I also really like Possessed Plum and Coral Courage – in fact the only shade I’m not totally sold on is Nude Thrill, as I very rarely seek out these types of nudes that don’t lean pink.  There’s another pink shade on the American site, so if we get that over here, I’ll be snapping it up. 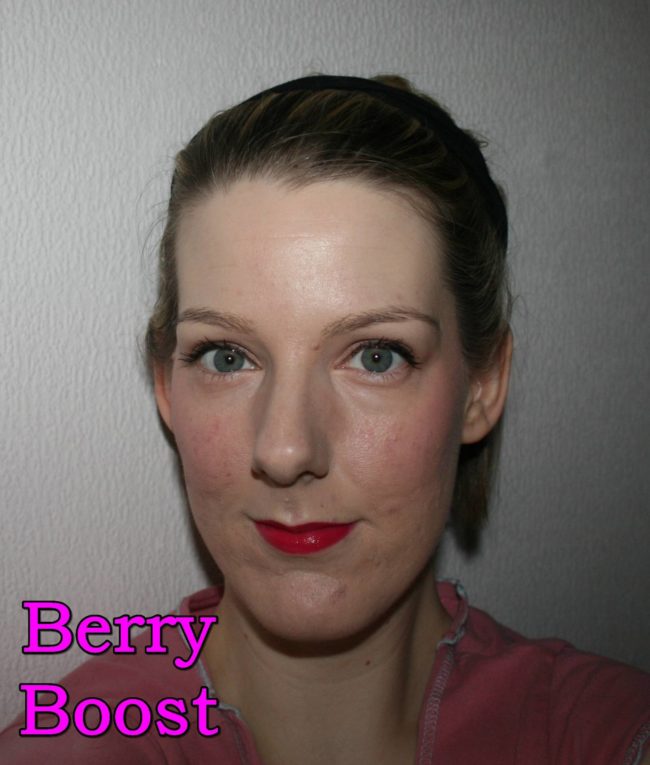 The applicator is a soft, doe-foot that allows for precise application.  I had literally just applied Berry Boost in the picture above, so it hadn’t fully dried yet – Nude Flush below is a better example of the finish.  As these are extremely pigmented shades that you don’t want to make a mistake with, I recommend starting off gently and wiping the applicator against the opening before applying, as this allows for a more even finish.  Another great selling point on these is how long they last – they leave a great stain that fades evenly, so you’re not left with the ring of doom along the lip line.  I applied this before having a coffee, then a couple of hours later having a two course meal, and it was still on my lips afterwards; it had faded a little, but not so much that I needed to reapply. 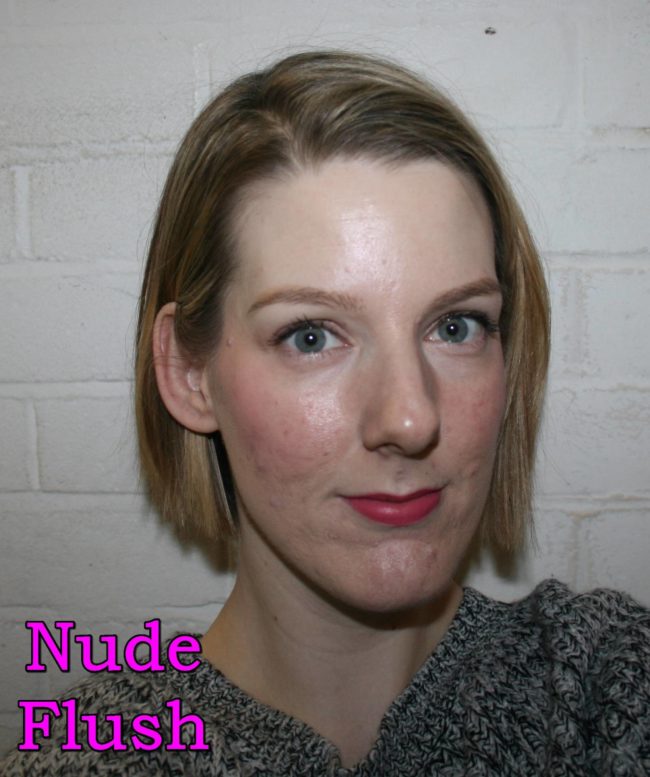 It’s safe to say I’m a fan of the Maybelline Vivid Matte Liquids and I’m really looking forward to seeing what you guys think! They’re fantastically formulated, easy to apply and in a great range of colours, so they really are very easy to love.  I don’t know the price point yet, but I would guess around £6-£8 – I’ll update as soon as I have more info.

I am totally horrified to be talking about May 2016 already, especially since it arrives in a couple of weeks! Where...