Glamglow Pop-Up Shop and A Quick Look at New Launches 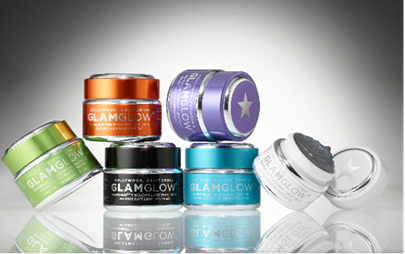 It’s been absolutely ages since I’ve featured Glamglow, and to be honest, it’s mostly because they’ve fallen off my radar, even though I’ve always rated their products – their Supermud Clearing Treatment is especially brilliant – and I’ve always enjoyed their range in general, finding particular excitement in finding out about their new launches.  I don’t think they’ve released anything new for a while (although I do remember seeing that they were going down the cleanser route – hopefully we’ll see some of that action soon) but having had a little look at their online shop, there do appear to be a couple of new arrivals: the Flashmud Brightening Treatment which promises brightness and luminosity, and the Gravitymud Firming Treatment which I believe is their very newest arrival, and promises to tone and lift skin in a peel-off formula.

They’ve also added some mini versions of four of the masks (15g – by comparison the full-sized are 50g) which would make fabulous stocking fillers, although, annoyingly, Supermud isn’t one of the mini versions.  The main bit of news is that there’s currently a Glamglow pop-up in Central London which appears to be well worth a visit if you’re nearby, as there are daily events and competitions as well as mud consultations (which presumably involve diagnosing which mud is best for your skin type) that completes with you taking away a mask sample – if you’re a big Glamglow fan, or just love masks in general, this sounds like it’s going to be a really fun and engaged venue to visit.  It’s open Monday to Friday 10am – 7pm and the address is 6 Mortimer Street, W1T 3JJ and I understand the pop-up is staying for five weeks, which I believe means there are four weeks remaining as the shop opened this week.  Check out the full Glamglow collection here – link.

Murad Facial at House of Fraser

Murad Facial at House of Fraser

We all know Murad as a well-respected skincare brand that's easy to access and pretty commercial, so when I was...