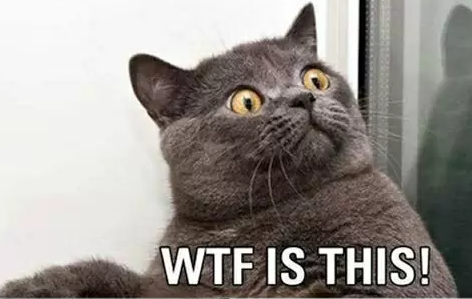 The past few weeks have been a whirlwind of hospital and doctor appointments, sleepless nights, worrying about death (always fun) and generally freaking out.  It’s that time of the year again, when my body decides to inexplicably turn on me in a cancer-like fashion.  Ridiculously, this is my third experience of “suspected cancer” (how they referred to it in recent correspondence – which honestly really doesn’t help) as a couple of years ago I had CIN3 – severe dyskariosis which is when the cells in the cervix start turning, eventually becoming cancer (although thankfully that usually takes quite a while) then shortly after that I found a lump in my breast.  Thankfully both times were absolutely nothing.

The previous two experiences were, obviously, very stressful, but also pretty ambiguous – if you’re like me, you’ll be able to find pages of Google results that say “don’t worry, you’re fine!” and sift through them all until you find the one that suggests you may have cancer, then convince yourself that you’ve only a few weeks left to enjoy this mortal coil.  Obviously I’m being slightly playful, but the anxiety of cancer-like symptoms is almost worse than the diagnosis itself as there is nothing worse for an anxious person than the power of suggestion; I run with things and overwhelm myself with intense and brutal fear that I’ll be leaving Teddy motherless and because it’s such a large and powerful fear, it takes over everything until I get confirmation either way that I’m either poorly or I’m not; fact I work with, suggestion I run with.

Back to the beginning when I was aware of stomach pains and light spotting in between periods.  Anyone who’s had any gynaecological issues will know that spotting is a big no-no and a real marker for concern (I feel it’s necessary, kindred spirit, to point out that it’s a marker for lots and lots and lots of issues, with only a tiny percentage of those being cancer…) so I trotted off to my fabulous GP who had a look, found nothing and put me forward for a wonderfully named Transvaginal Scan – doesn’t that sound like a spa treatment? I remember leaving the Doctors all happy that I was being sent off for a scan, imaging something along the lines of the ones I had during my pregnancy where the Sonographer ran a scanner across my belly in a wonderfully unobtrusive fashion, before crashing back down to earth after noticing the word “transvaginal” on my letter.  Having said that, as vaginally invasive scans go (there’s a review opportunity, right there) this one was absolutely fine and didn’t hurt at all, as the probe is very slender and smooth, so I would take this scan over a smear test any day.

I had my scan on the Thursday morning and on the Friday afternoon I had a voicemail from my GP so I knew something was up.  In fairness, I knew something was up during the scan as the person who did the scan spent a lot of time on my left ovary, and after speaking to my GP I found out it was because there’s a cyst in there.  It was agreed that I would have a blood test called a CA-125 – designed to pick up on tumour markers in the blood (apparently it’s all linked to inflammation in the general reproductive area) and obviously the test came back high – the cut off is 35 and my results were 63.  Up until those results came back I was feeling pretty confident that it was another case of my body being weird again, but as soon as I got the results my stealth dissolved and I became pretty terrified, pretty quickly.  It was a dark day. 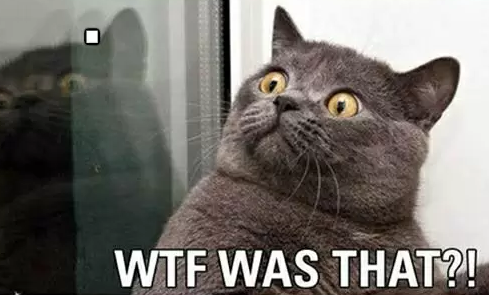 11 days of pure hell later, I had my appointment with the specialist who felt that my cyst didn’t appear cancerous, so I was given the option to either have surgery to remove it or wait for a few weeks and see what happened – often the body does it thing and gets rid of the cyst on its own, so I’m really hoping for that! Just before Christmas I’ll have another Transvaginal scan (yay! woo! *starts daily countdown*) and we’ll have a look at my CA-125 before deciding how to proceed, but presumably, if it’s gone up and/or the cyst is still there then I’ll have surgery.

A couple of things worth pointing out: firstly, my consultant said that it was his experience that a CA-125 below 100 was very, very rarely cancer.  I’m noting this because I would hope that when people get their Google on they’ll come across this post and find reassurance amongst all the forums full of equally scared and uncertain posters.  Secondly, a raised CA-125 is not a reliable test for cancer which is why it isn’t used as a diagnostic, just as an add-on to build a bigger picture.  The point I’m making is that a raised CA-125 doesn’t mean you have cancer, so try not to freak out until you speak to a specialist who can give you a much better overview of what’s going on.

I think I was especially freaked out because the CA-125 is most commonly used alongside Ovarian Cancer treatment to monitor progress, which I know because my mum had Ovarian Cancer; she was diagnosed, out of the blue, and it had spread to other areas, so she was given a pretty poor prognosis, but that was over 20 years ago and she’s still here (it’s never come back) so the one thing I think is really, really important to focus on if you’re experiencing something like this, is that absolutely everyone is different and there is no point building your own diagnosis based on the experience of people on the internet. Just try and ignore everything other than what YOUR doctor has told you. There we have it, another yearly look at the goings-on in my reproductive system…*watches follower count drop to zero*.

Where Did All The Love Go? My Thoughts on the Easter Bot Drama

My Week in Review #1

Beauty boxes have been a bit up and down over the last few months, but the Glossybox November 2016 contents...