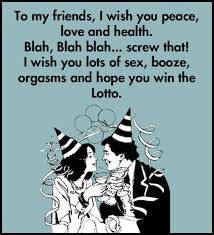 Ever since the year started (a whole week ago) I’ve been in a state of limbo waiting for certain things to occur so that I could crack on with my 2017.  Many of you will know that I’ve been trying to move home for literally years (since I was 8 months pregnant, Teddy is now 3…) and I’ve finally found somewhere suitable which I was supposed to move into before Christmas, but there have been repeated delays and I’m still not there which is so annoying! Teddy and I have also had that horrid bug which has made the start to the year rather rubbish – Teddy got his a couple of days before NYE and I’d say it’s only today that he’s started to seem completely well and cough-free, so fingers crossed that will last!

Sorry for a bit of a moany start to the New Year, I just wanted to update you all as to why I haven’t posted anything for quite some time as I had lots of New Year posts planned, but I really wanted to write them when the stressful move was complete and my little family was healthy again – one out of two isn’t bad! Anyway, I hope you had a fabulous Christmas and New Year and got all the gorgeous things you had hoped to receive.  I have a few New Years Resolution posts planned which I hope you’ll enjoy and I’ll aim to get published before the end of the month (as it’ll seem a bit ridiculous in February, no?) but it’ll all depend on what’s happening with my move as obviously I’ll go quiet for around a week or two whilst it all happens; I can’t wait to get it all done and get settled in! I hope to share with you some home posts in the coming months, so fingers crossed you’ll like those.

Happy New Year everyone, I hope 2017 treats you fabulously xx

It feels a bit ridiculous covering my November favourites when we're so close to the end of December (and already...