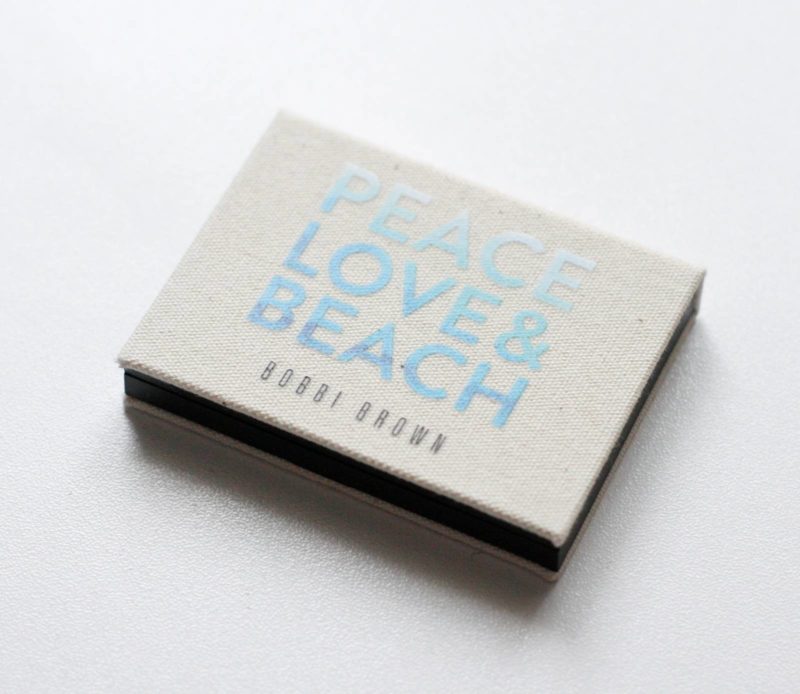 I always associate Bobbi Brown with that kind of laid back, relaxed, California vibe – a look I usually gravitate towards since I definitely think that’s more my style; Bobbi Brown products tend to tap into looks that are flattering and gentle, nothing too harsh or OTT, which I think is perfectly embodied in the new Peace, Love, Beach collection. 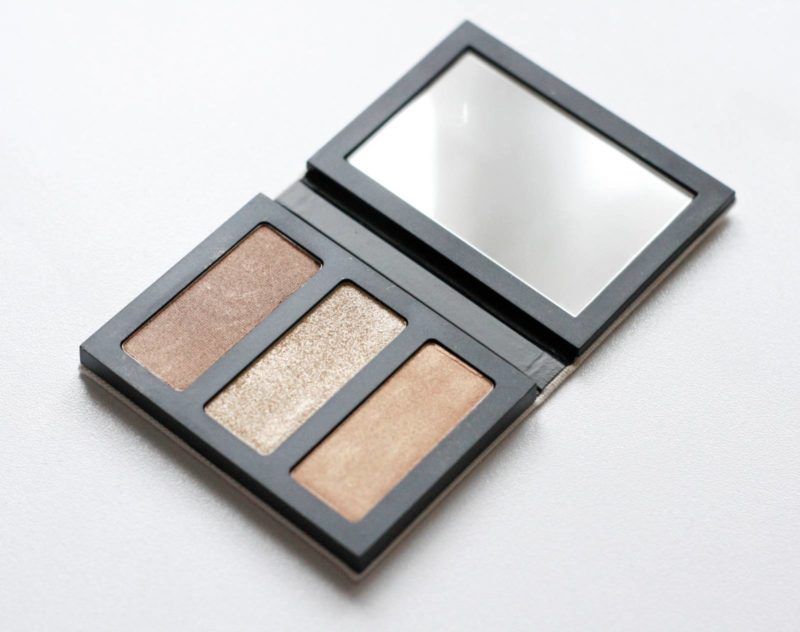 The Bobbi Brown Peace, Love, Beach collection is very small, containing only three palettes and two polishes.  The three palettes come in Peace (blues), Love (nudes) and Beach (golds), the latter of which I’ve been playing with.  The two polish shades are Navy and Dune – Dune is an easy, beachy nude shade that’ll go with anything, whereas Navy is pretty self-explanatory! 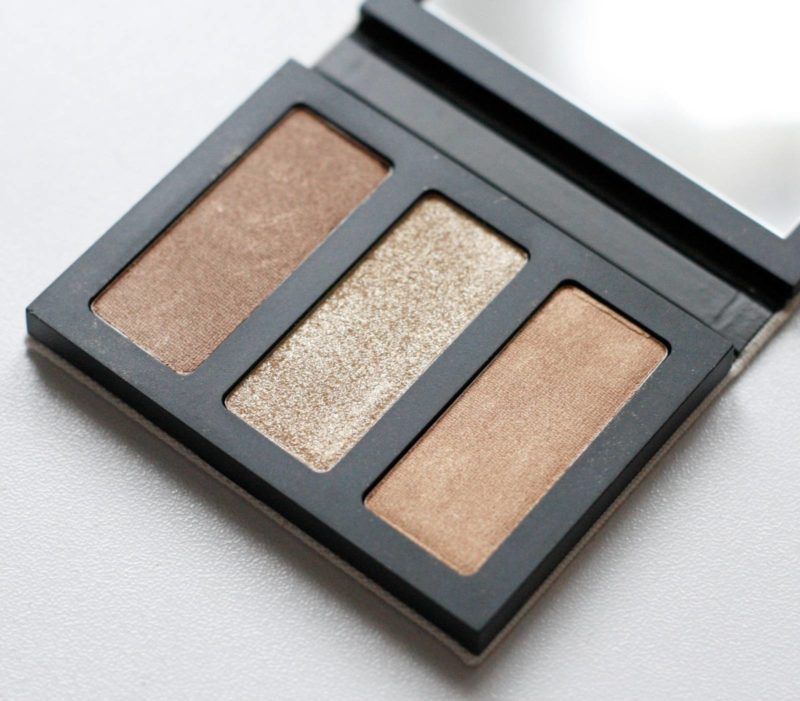 Each of the Bobbi Brown Peace, Love, Beach palettes contain three complimentary shades that sit within the overall theme of the collection itself, so you have three shades that can easily be warn as a quick slick, independent of the other two, or worked in to the other shades to create more of a finished look.  The formula is sparkly with a strong sheen – it’s not very well demonstrated in my swatches as it wasn’t a very sunny day when I took them, but the finish is almost foil-like, which makes them perfect for warmer weather when you just want to quickly buff a single shade in and then maybe add a slick of liner. 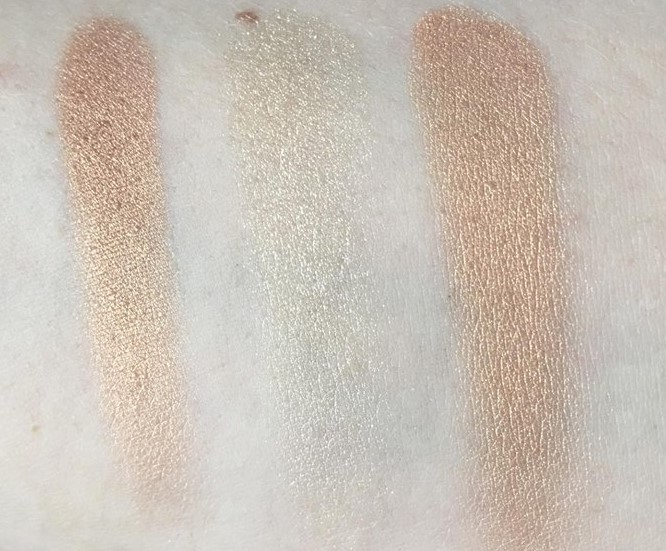 As a trio, the effect is still relatively subtle with the two outer shades being quite similar, so I tend to use the right shade as the main shade, following with the slightly deeper left shade to add depth on the outer edges and/or crease, then finishing with the paler shades to add highlight to the inner corners, or above the centre of the eye.  As you’d expect, the formula is dreamy: highly pigmented, buttery with no fallout. 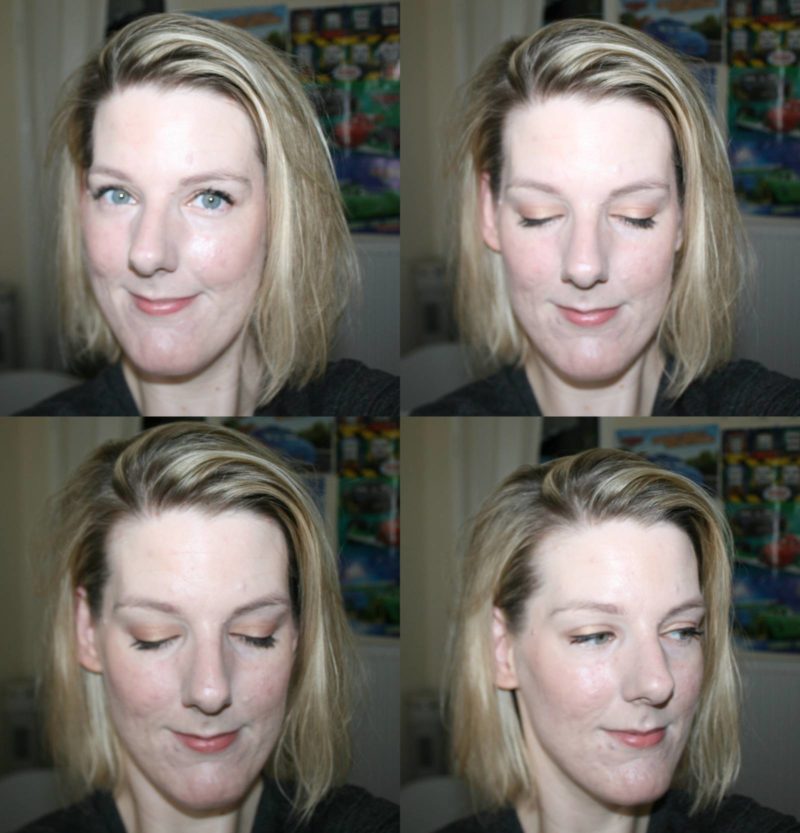 I really like the canvas packaging too as I think it sits so well with the overall mood of the collection, the only downside is that it’s a flip top with no way of securing it, so it’s unlikely to travel especially well, which is a shame considering this is the most perfect palette for taking on a beach holiday as it’s so easy and effortless.  Obviously this is just a small issue that could be easily rectified with the involvement of some Sellotape, or clingfilm if you’re like me and don’t want to damage the packaging! The Bobbi Brown Peace, Love, Beach collection arrives in July; the palettes will be £29 each and the polishes £13 each.

A Trio of Summery Pretties from Chantecaille

Hyaluronic Acid Serums (Plus Six Great Products for All Budgets)

Concealers are one of the products that I get really excited about, as a really good concealer can be a...