No7 Airbrush Away Primers 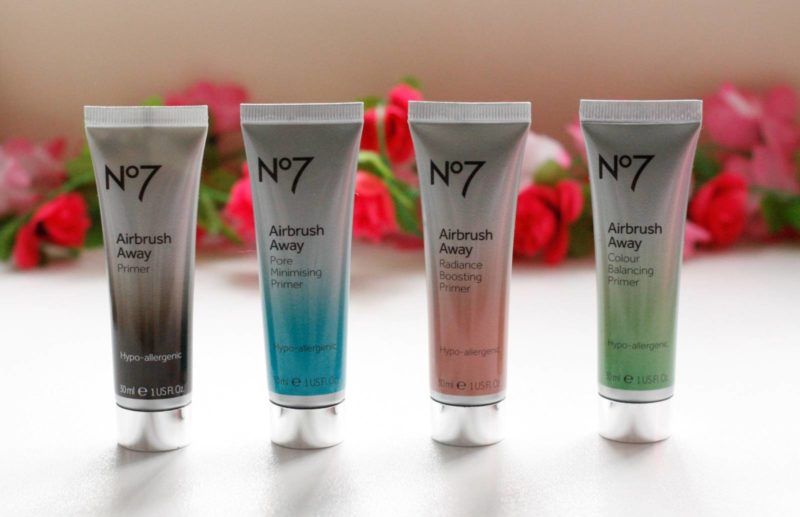 I’ve been meaning to feature these No7 primers for absolutely ages (I know I keep saying that about stuff, but it’s true) and I saw yesterday that they’re currently on special offer, so I figured now is the time to tell you about them.  There are four in the range (there’s actually a fifth member that’s a little different to the others – I think it’s the original but I’m not including it today), two of which are fantastic, one is pretty good and one is a bit meh.  All four are usually £16.50 but currently on special for £12, plus there’s a 3for2 on No7, so there are bargains a’plenty to be had. 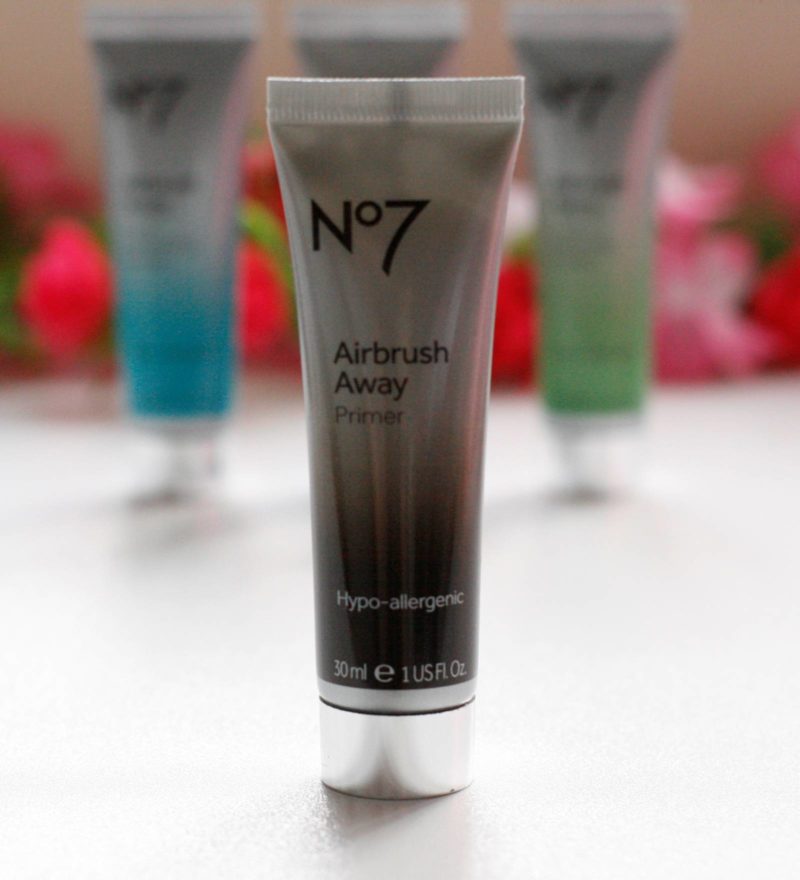 I’ll start with the the Airbrush Away Primer which I think is the kind of starter primer of the four, for those who don’t have any particular needs other than a desire to create a better base for their make-up.  Airbrush Away is a bit of an unsung hero in the makeup world as it’s a truly decent product that primes skin really well without feeling too greasy or plastic.  It’s a great, everyday primer that’s a fab place to start if you’re new to primers.  It’s here – link. 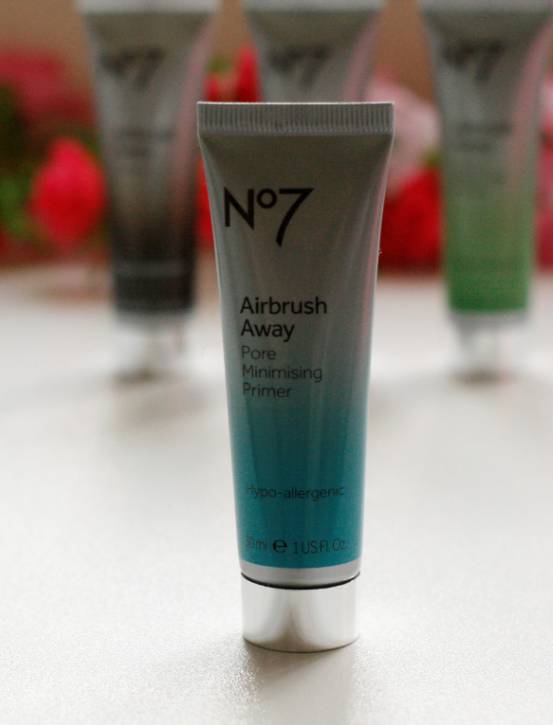 The Airbrush Away Pore Minimising Primer was the one that disappointed me the most as I found it a bit dry and cakey.  I get the impression that this has been launched as a possible rival to the cult Benefit Porefessional, but for me it didn’t really do much – it didn’t minimise my pores, nor did it create a particularly effective base for my make-up.  I think this would be a great choice for very oily or young skin.  It’s here – link. 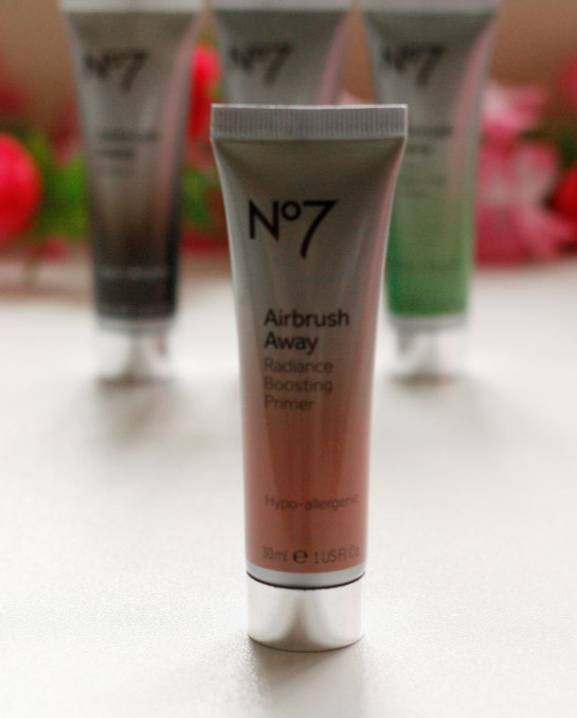 The Airbrush Away Radiance Boosting Primer is absolutely mental…in the best possible way! The only way I can describe it is that it’s like applying a holographic primer as it adds a kind of light-catching dimension akin to holographic nail polish; it sounds weird but it’s actually really great and gives skin life like no other product I’ve ever experienced.  It isn’t the sort of thing that you could wear alone as it’s just too obvious, but under even a very light base, it gives a lot of light and lift to skin.  I would really recommend trying this if you have dull or sallow skin as it’ll perk you right up.  It’s here – link. 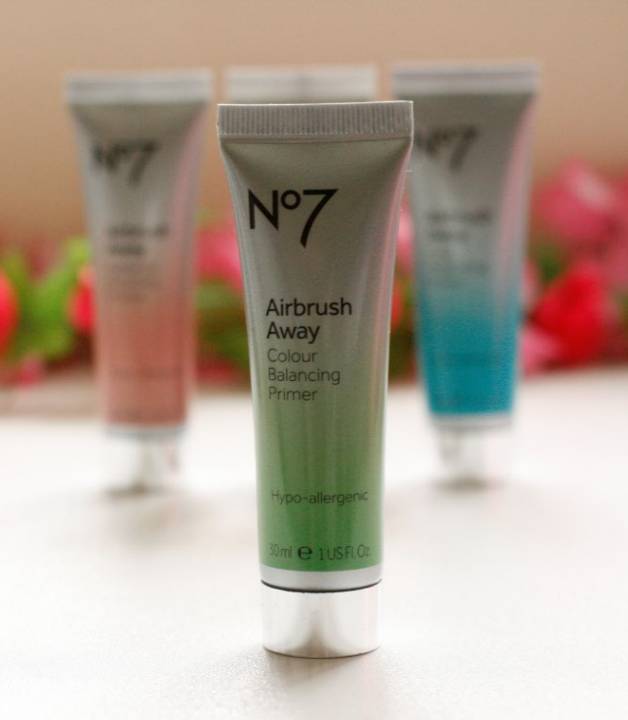 Finally, the Airbrush Away Colour Balancing Primer is a product I’ve talked about quite a bit on here as it’s a brilliant colour corrector that neutralises redness without being too bright or OTT.  I think I’ll always have a bit of a battle with redness so I always keep a stock of this, even when I can get away with lighter base products, as nothing neutralises quite as effectively as this.  It’s a total star and an essential for anyone with any kind of redness issues.  It’s here – link.

Last year we welcomed the arrival of a range of eye make-up from beautiful nail line Smith & Cult, but...