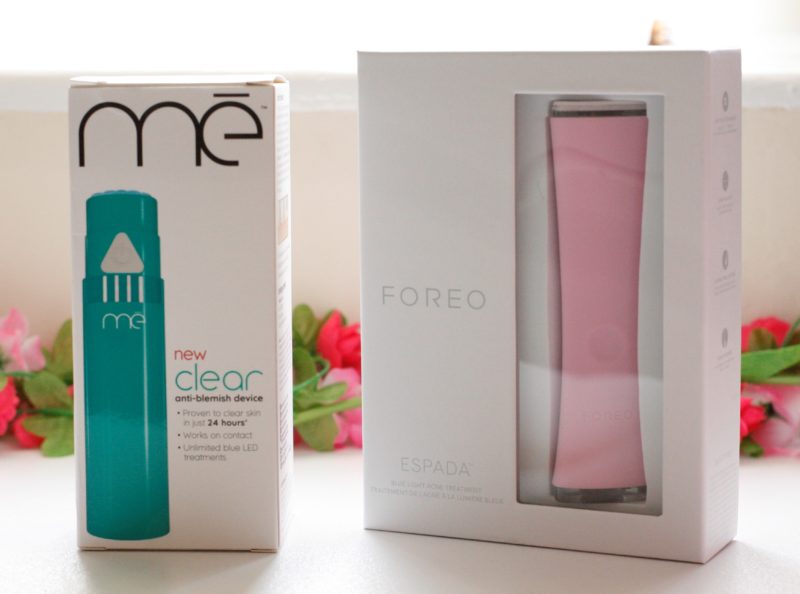 Blue Light Therapy as a treatment for spots is definitely coming into its own this year, with at-home devices becoming much more accessible.  This is awesome news as using blue lights to treat spots is one of the easiest, gentlest and most effective treatments for spots, breakouts and mild acne.  As it’s mostly treating superficial spots it has much less of an impact on severe acne, but I believe it’s of benefit to anyone who gets spots, it’s just a little more time-consuming if you have a lot of them to treat. 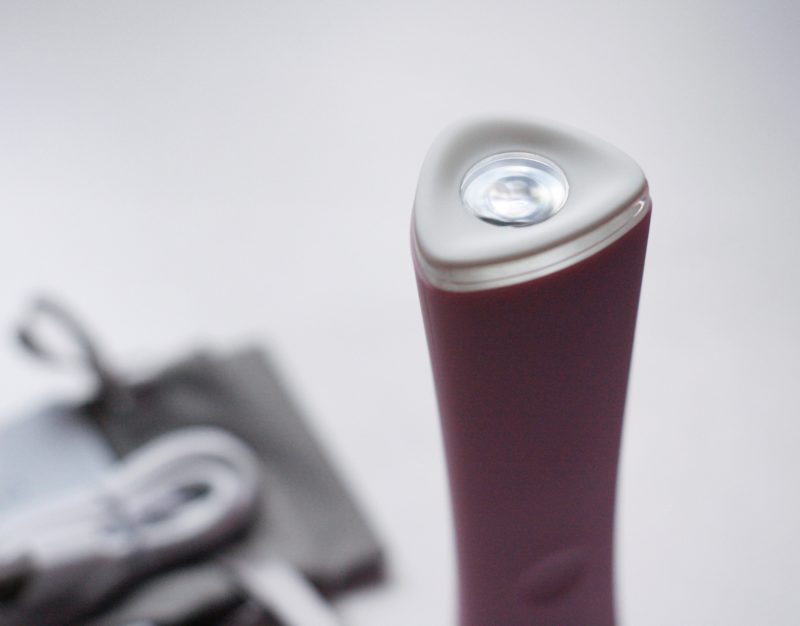 I was sent two fairly similar devices at around the same time, so I thought I’d do a bit of a battle between the two.  The me Clear Anti-Blemish Device has been around for a while, whilst the FOREO ESPADA is a relatively new launch.  Both devices come with USB cables to charge and neither I’ll start with the FOREO ESPADA, which is a beautifully designed device available in three colours (pictured is Pink, but you can get Magenta or Cobalt Blue) that’s just the antithesis of a spot product as it looks so elegant and lovely, sitting on your beauty table. It uses a combination of the blue LED light and sonic vibrations to treat, with the latter presumably causing a bit of agitation to allow the light to access every nook and cranny and treat each breakout effectively.

To use, you turn it on, apply the tip to the spot then let it work through the 30 second treatment phase which has a kind of crescendo noise in the vibration, which might mean the device is getting a little bit more powerful every few seconds, or it might just be part of the experience.  The vibration is very powerful, so if you have a spot close to the mouth or nose, expect it to tickle! Interestingly, studies done by FOREO revealed that 100% of users reported clearer skin, whilst 90% said skin looked healthier and 80% felt their breakouts decreased.  The FOREO ESPADA costs £129 and can be purchased here – link. 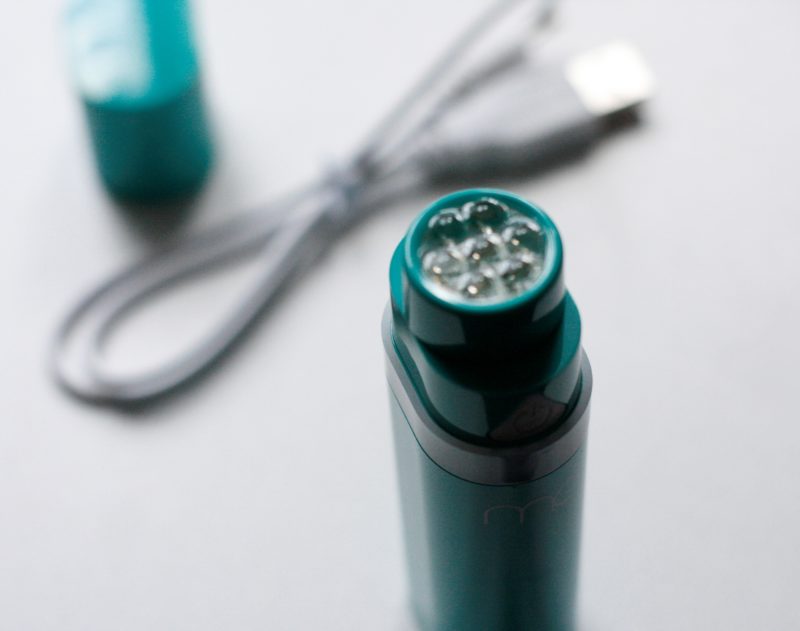 The me Clear Anti-Blemish Device delivers pretty much the same level of blue LED and also delivers via sonic vibrations whilst also gently warming the skin.  Each dose takes a bit longer to deliver – I think it’s around the 2 minute mark – but the vibrations are a lot more gentle and the warming feels like it’s doing quite a bit in one device; I like the fact that it takes a couple of minutes as it feels like more is being achieved in that space of time.

The me Clear Anti-Blemish Device needs charging quite regularly but it charges via USB so it isn’t a particular hassle to achieve.  It definitely looks a lot more like a spot-treatment device than the ESPADA, but it’s also a lot cheaper, offers a little more (via the warming) and is more comfortable to use around the lips and nose.  It’s very easy to just put this on the spot and forget all about it whilst watching TV.  It’s usually £45 but currently down to £36 here – link – which is a really reasonable price for such a device. 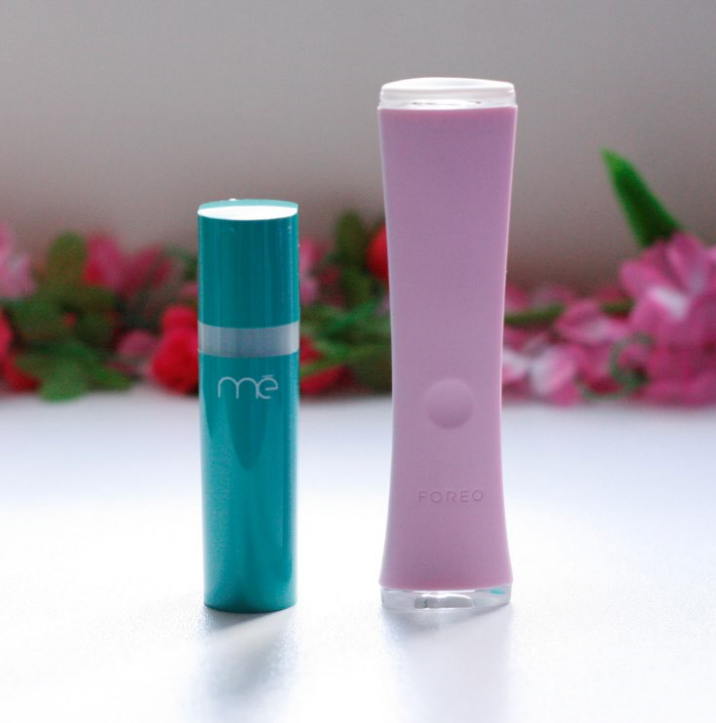 There’s no denying that the ESPADA is much sexier and a lot more attractive.  It’s also more comfortable to hold and takes less time.  However, I find myself reaching more for the me device and I’ve spent the last couple of weeks trying to work out why; they both treat spots well and both deliver on their promises, but I think I just find the warming element of the me device a little bit more appealing as I find the heat tends to take away redness from any major inflammation, I also love the fact that it’s such a good price as I think it’s really accessible.  In conclusion, both are great spot-fighters and if you can afford the ESPADA, it’s a worthy investment that’s a little lower maintenance due to the fact that it doesn’t need to charge so often, but if you’re on a budget, the me device will do just as good a job at fighting spots (possibly even slightly better) at a fraction of the price.

Definitely a different one for me today, as I don't tend to talk about clothing much on the blog, but...