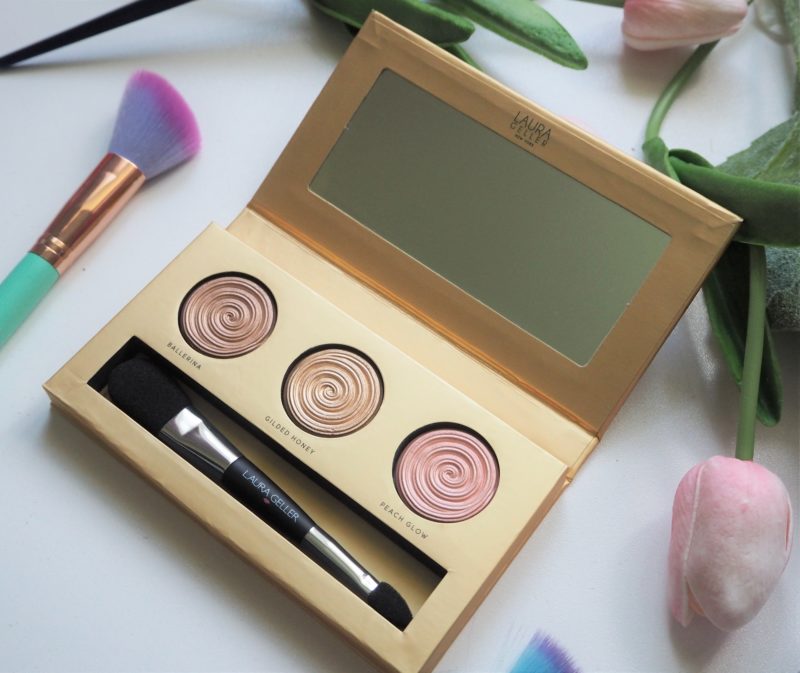 I think most will agree that when you think of Laura Geller, your mind immediately evokes an image of the cult Baked Gelato illuminators, which are iconic, swirled blushers/highlighters that are incredibly pretty to look at – there’s just something about that shimmery swirl that makes you want to get stuck-in; I think it’s because it’s so light and gleaming, which is exactly what you hope it’ll do to your skin! 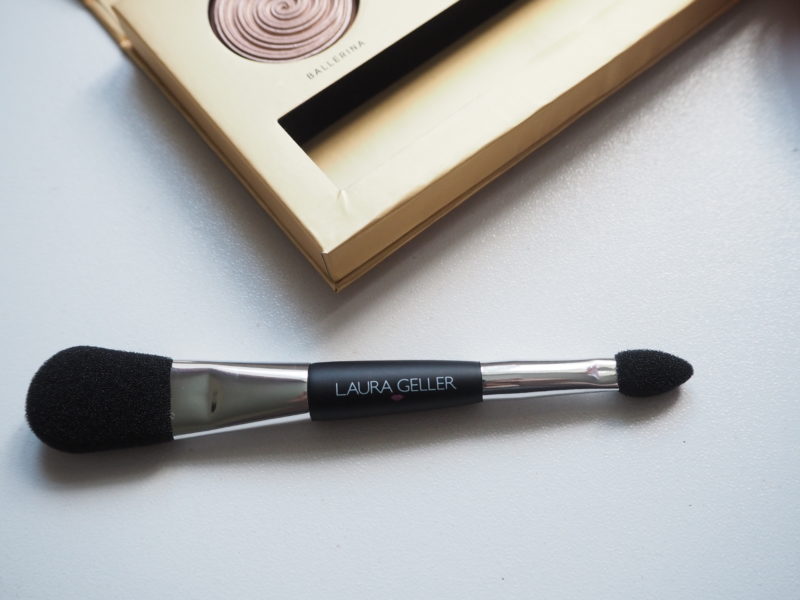 If you haven’t tried a Baked Gelato product before, the Laura Geller Baked Gelato Swirl Illuminator Blusher Palette might be a great place for you to start, since it’s a trio of three shades of the product in smaller quantities, presented in a palette with an applicator – a quick note on the included brush, which is a double-ended sponge applicator that seems like a really odd thing to include with highlighters, but there you go! I’m sure there’s some genius decision behind it, but I prefer to use my usual highlighter brushes. 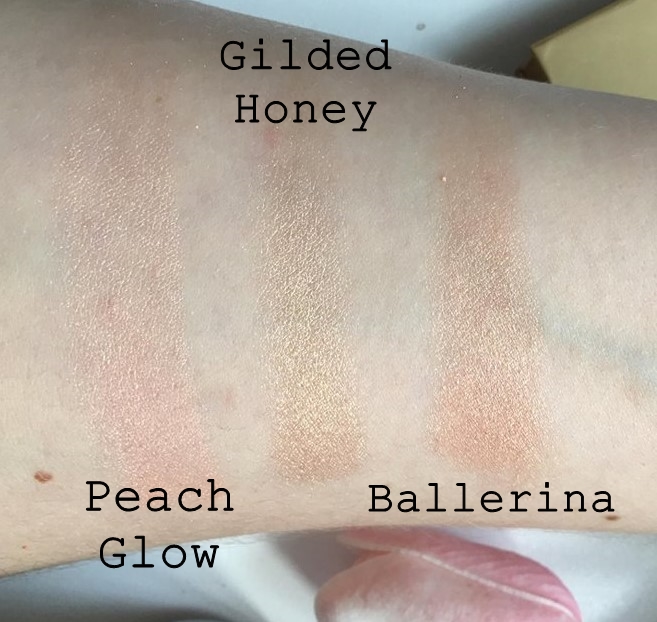 The three shades included are Ballerina – a warm, bronzey rose; Gilded Honey – golden shimmer and Peach Glow – a peachy pink.  My favourite is definitely Peach Glow, although I liked Gilded Honey too.  Ballerina is my least used, but that’s mainly because I think it’s a bit too deep for me and I’ve been using this palette as a highlighter – I am aware that these would work as blushers too, so Ballerina might work better for a blush on pale girls like me.  The Laura Geller Baked Gelato Swirl Illuminator Blusher Palette is £22 here – link. 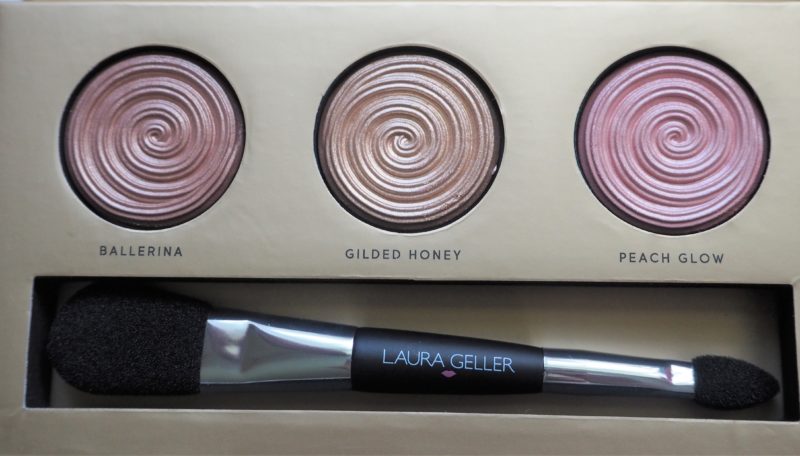 I have ended up with two of these palettes, so I thought I’d give one away to a lucky reader. If you fancy winning one for yourself, just tell me which of the three shades in the palette is your favourite and follow the Rafflecopter below.

I've featured both of these dewy sticks before, but I wanted to do a quick post flagging them again, as...