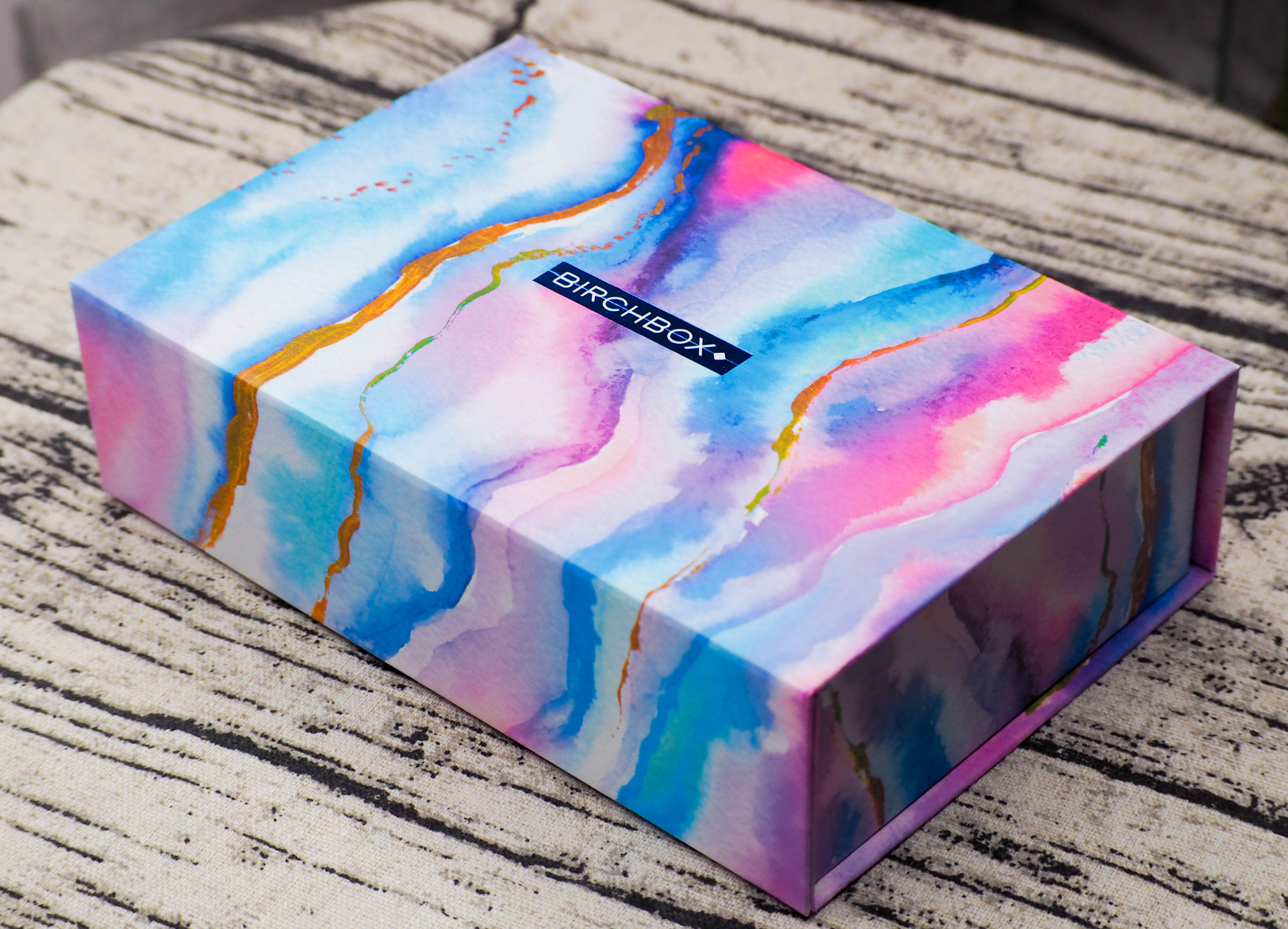 The Birchbox April 2019 is here, and the box has had a bit of a makeover, looking ever-so-pretty.  The April 2019 Birchbox contents includes five products, two of which are makeup, then one of each for hair, body and skin. 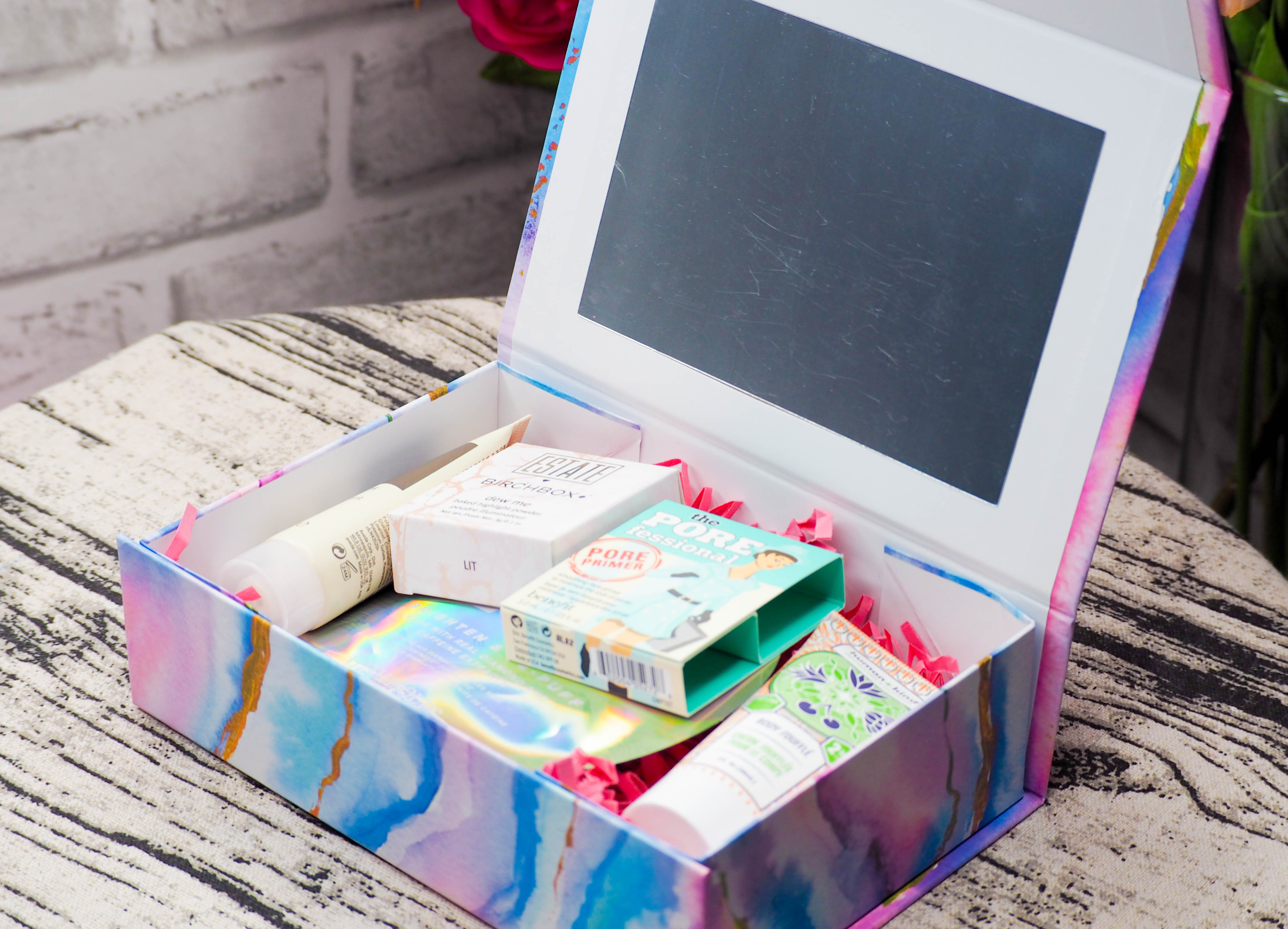 As you can see, the April 2019 Birchbox is a really lovely looking box, and it now flips open to reveal a mirror, which I was quite taken with at first, but it’s a flimsy ol’ box that isn’t going to last long, so it’s more novel than anything else.  Still, it reminds me of one of those jewellery boxes that everyone my age wanted when I was a kid, so there’s a lovely bit of nostalgia at least. 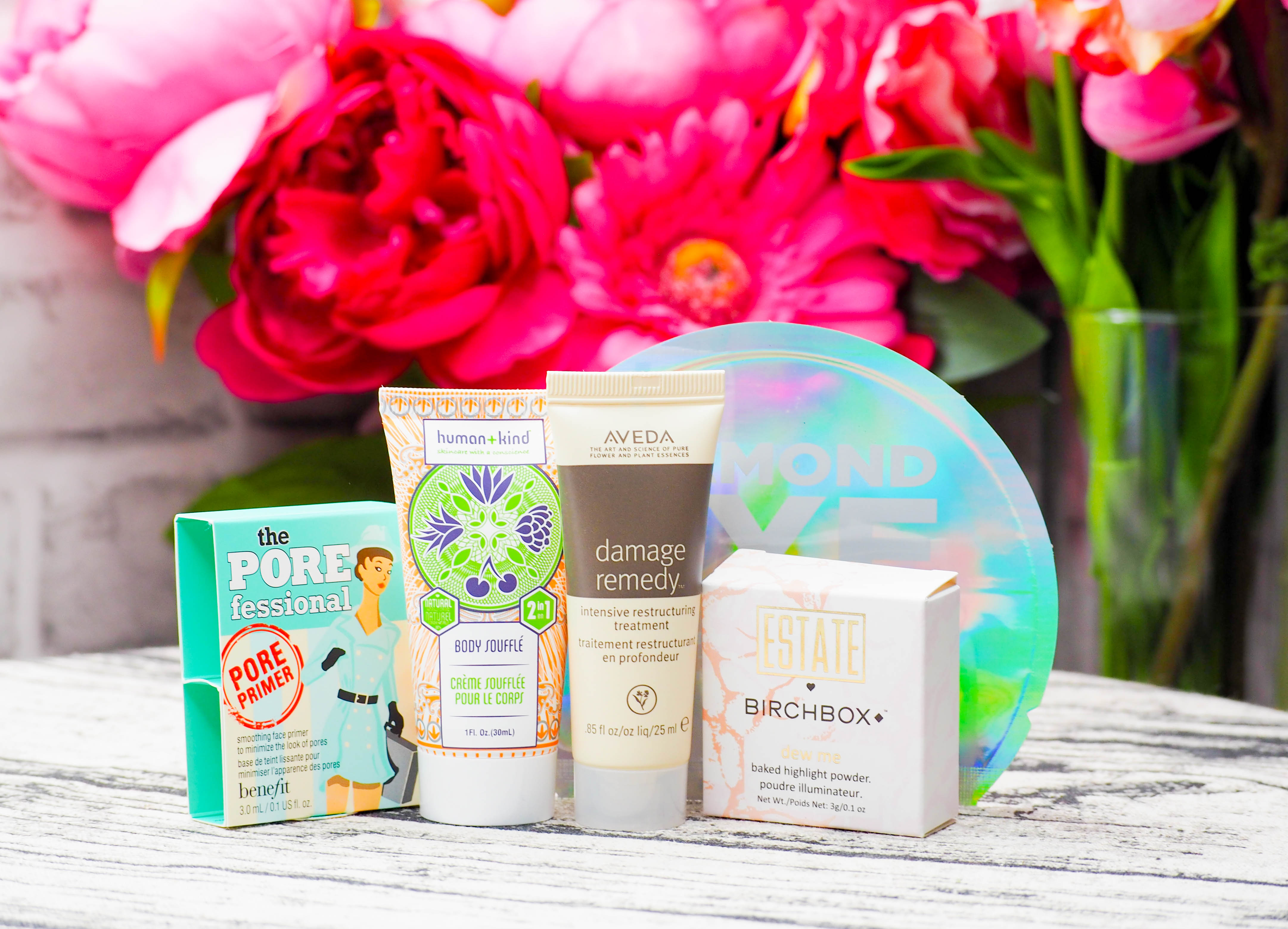 The contents of the Birchbox April 2019 box hasn’t especially wowed me, although I will give credit where it’s due as there’s a good mix of brands and each category is well taken care of. 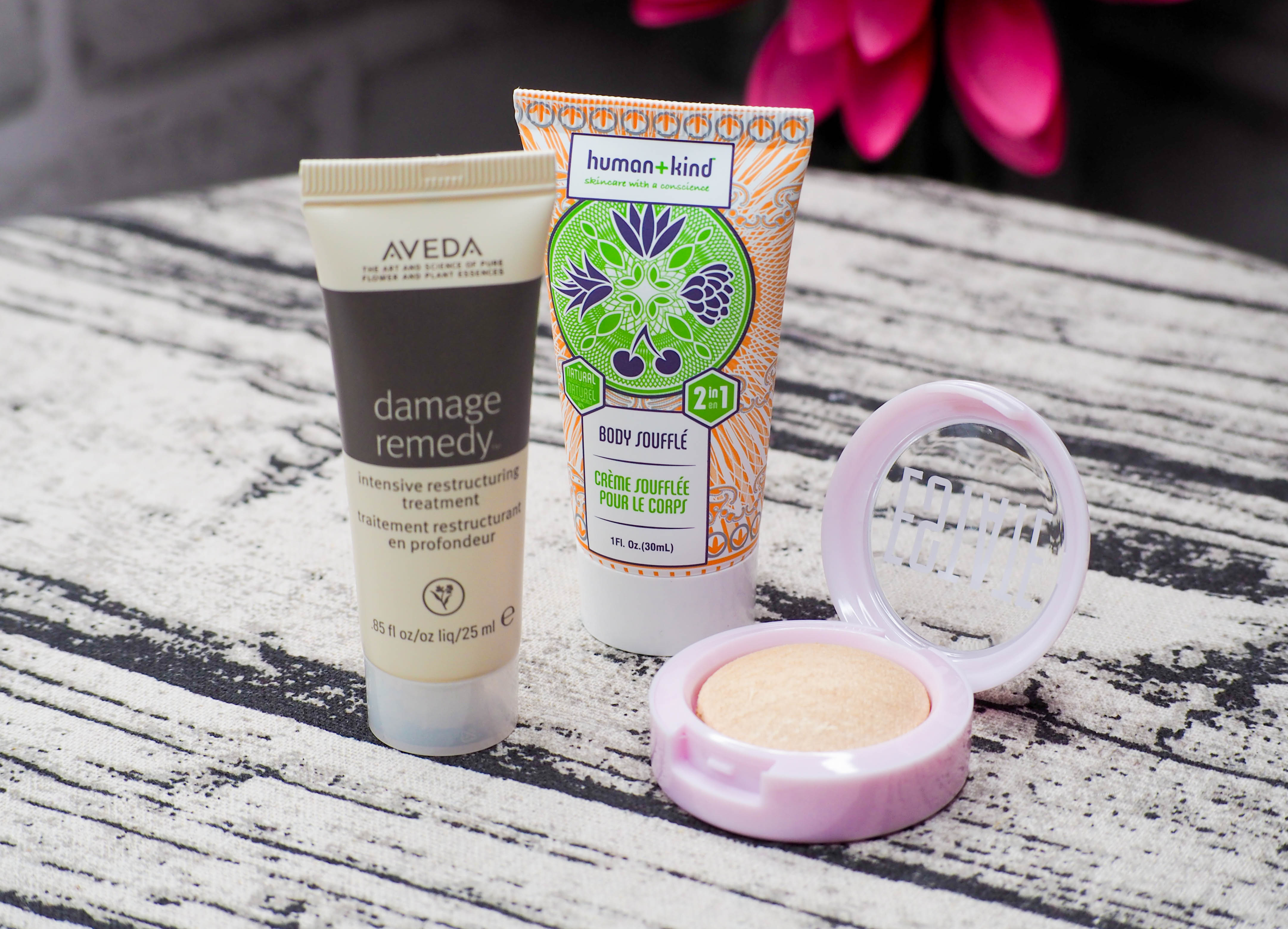 The Estate Cosmetics Dew Me Baked Highlighter is definitely the highlight (boom, boom) of the contents this month, although there’s a pink version that some other boxes would have received and that’s definitely the one I would have wanted – having said that, the vanilla colour is still very wearable and I have kept it, so I’ll be giving it a go soon.  The Human+Kind Body Souffle has a very lovely fragrance that burst out at me as soon as I opened the box.  The Aveda Damage Remedy Intensive Restructuring Treatment is a great product to include in the box, and it’s a great size for travel. 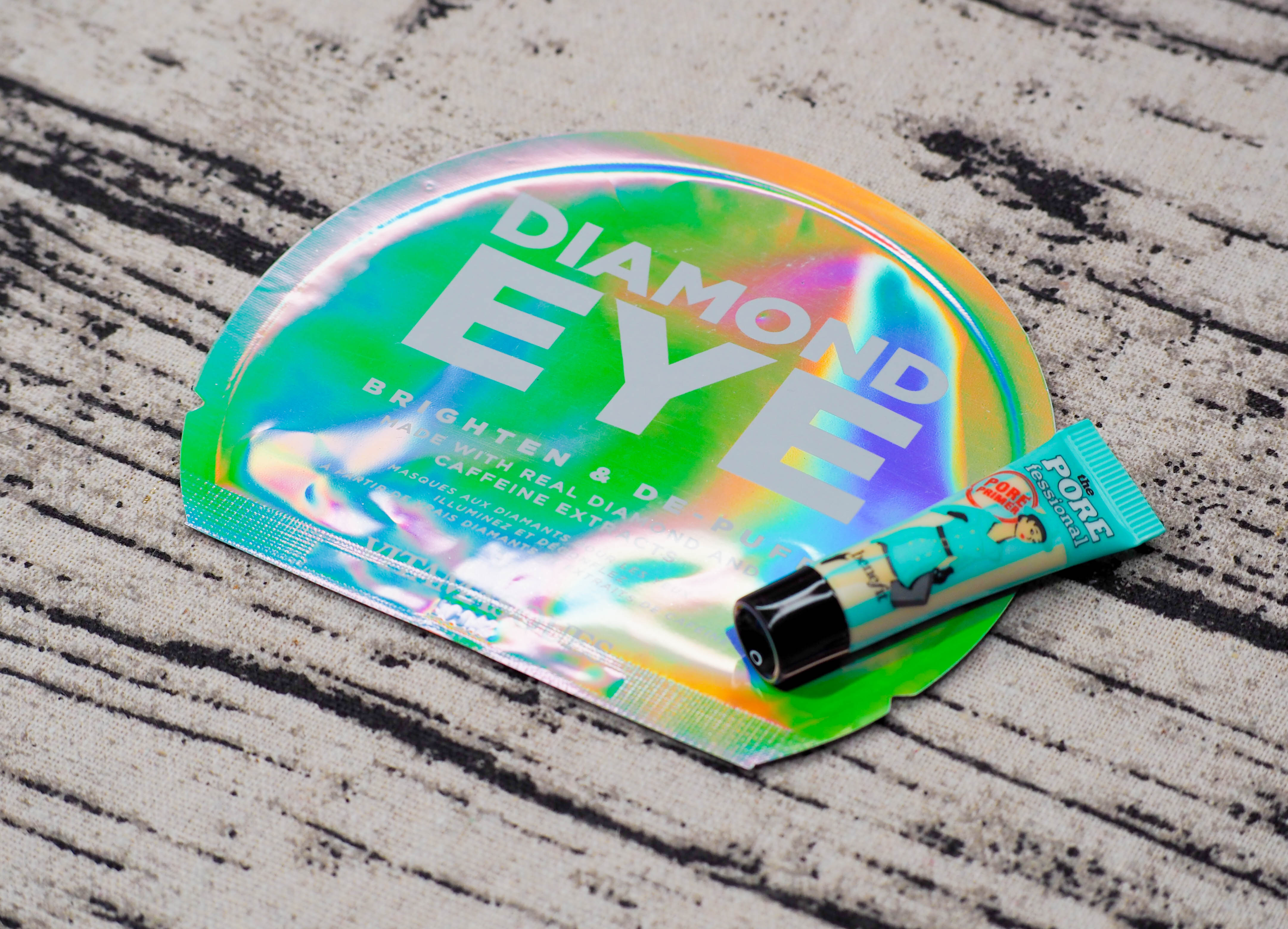 I really like the Benefit The POREfessional and it was a favourite of mine for a while.  The reason it’s so low on my list is because it’s a very small sample, but if you’ve not tried it before then this is a great way to try it.  The final product is the Vitamasques Diamond Eye Pads, which are low on the list purely because they’re not something I can see myself using – I like the funky packaging though! The April 2019 Birchbox is out now with prices starting at £10 per month plus £2.95 P+P.

Boots No7 Colour Your Way Campaign