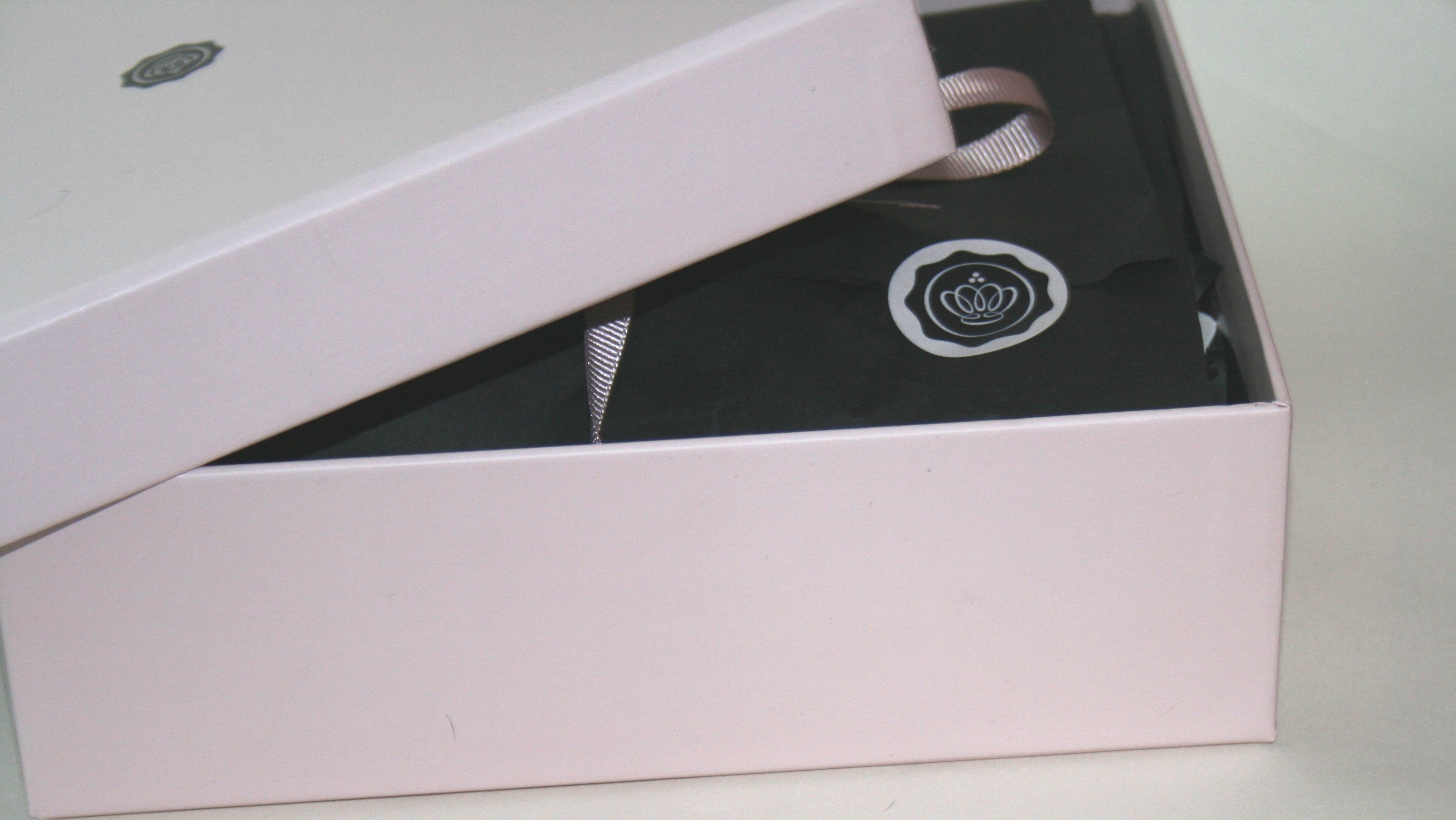 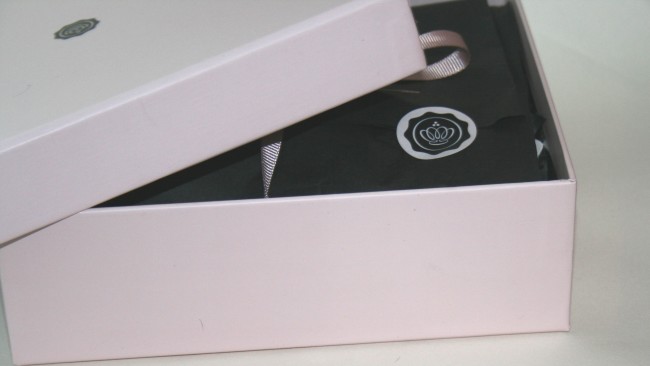 After last month’s awfully pretty box, we’re now back to standard attire for Glossybox August 2013.  I mentioned on Instagram that I thought this month’s contents was the best to date, and for me I’d say that’s definitely the case, although if you don’t like your beauty box contents make-up heavy then you might not feel the same.  For me, the contents is absolutely awesome and there isn’t one thing I’m not excited to use; that’s definitely a first! 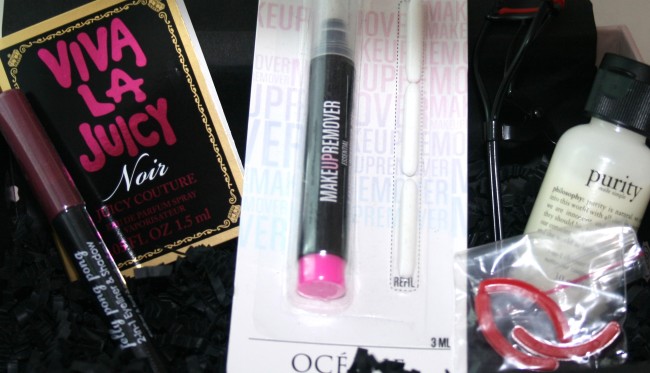 The theme for this month is “high-flyers” which I understand to mean products from all over the world designed to benefit the girl on the go.  As usual, I’ll list the contents in order of favourites: I’m so happy to have a set of eyelash curlers to try, as for some inexplicable reason, my pregnancy has stopped my lashes curling…I kid you not; honestly, what is that about?! Of all the random pregnancy symptoms…anyway, my usual Shu Uemura and Mac curlers aren’t doing a thing, so these are getting broken into tomorrow.  The Emite range comes from Sweden, but is available in the UK.  I like the fact that these have a funky, red rubber insert, and come with 3 spares as well.  These are worth £20. 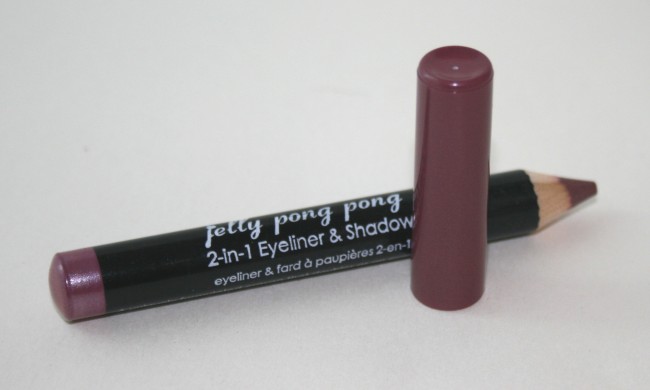 There are three variants in the August Glossybox, and I received probably the least versatile shade (can’t seem to find the shade name) as the other two appear to be more wearable neutrals, but I absolutely love the shade I got, which is a kind of bright, purple/plum/cranberry shade.  It’s just the sort of shade that blue-eyed girls like me should seek out as it’ll pull all the colour in our eyes forward.  It’s actually a really tricky shade to find – with those levels of kind of rusty purple without it going too far into actual purple territory – so this is another product that’ll get a good trying tomorrow.  This is the UK offering in the box, is full-sized and is worth £10.50. 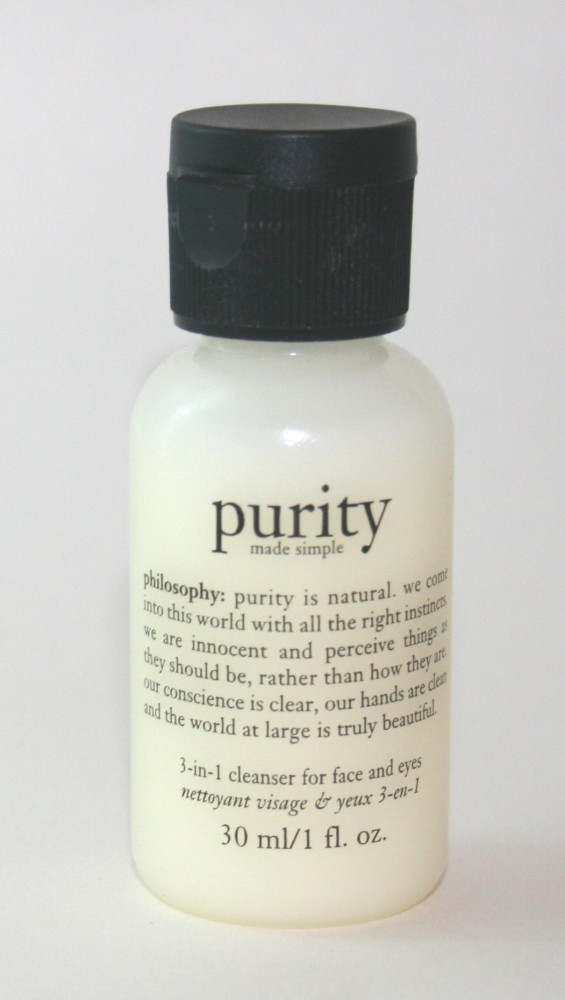 This is one of those cleansers that I’ve heard amazing things about, but never actually got around to trying.  It’s definitely got cult-status, although I’ll confess that I’ve never actually been drawn to Philosophy products, not really sure why, so I’m glad my hand will be forced with the arrival of this generously sized cleanser sample.  This is the USA offering and subscribers get a £5 voucher to use at Debenhams if they want to upgrade to a full-sized product.  The sample included is 30ml, whereas the full-sized 240ml is £17.50.

I tend not to get too excited about perfume samples, as I don’t think they should be perceived as one of the box additions, and instead should be an added extra.  Having said that, my love for one of my all time favourite perfumes – Freak by Illamasqua – started with a sample in a beauty box, so it does pay off, albeit in a roundabout way.  I quite like this fruity little number from Juicy Couture, which I’m surprised to say as I’ve never been able to identify with the brand.  It’s got a strong fig dominance, so if you like fig, you’ll probably like this, but it does settle down to quite a charming, feminine and thankfully not overly fruity scent.  This is another USA offering and full size it’s £63 for a 100ml. 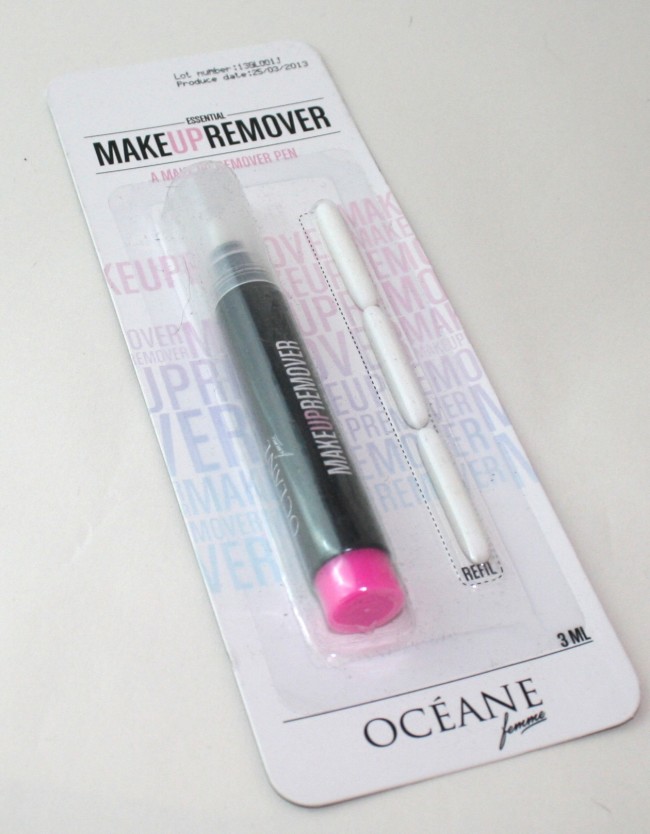 This is a product from Brazil that isn’t currently available in the UK.  The reason it’s placed at the bottom of my list is purely and simply because it isn’t something to get particularly excited about, due to it being a very functional and helpful product that doesn’t really go any further than that.  I can see this being the sort of thing that becomes part of daily make-up application without much fuss, which is a shame really as maybe it’ll never get the recognition it deserves…

There we have my thoughts on August Glossybox 2013.  I really love the contents and can’t wait to crack on with using them.  Obviously, the only downside is they’ve now set themselves quite a standard for next months box.  However, I would imagine there’ll be quite a few people who really don’t like this months box, so you win some you lose some! More info on Glossybox can be found here.

I mentioned briefly in my introduction to The Sacred Hour, Illamasqua's latest launch, that there was one product I felt...