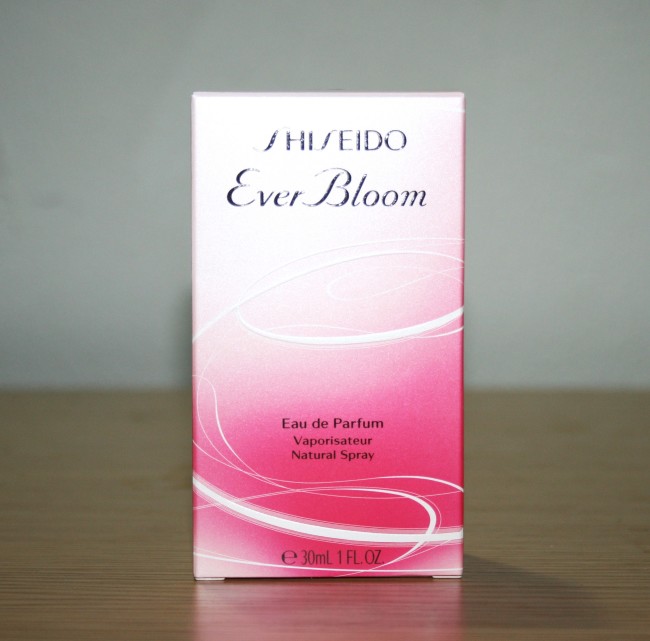 I was totally expecting to dislike the Shiseido Ever Bloom fragrance, although I’m not really sure why – maybe it’s because I don’t really associate Shiseido with fragrances? – which is funny really since Shiseido have been making fragrances for over 100 years, but as we don’t tend to get a lot of their fragrance releases, I think it’s quite easy to overlook their perfumes in favour of their more well known skincare and make-up. 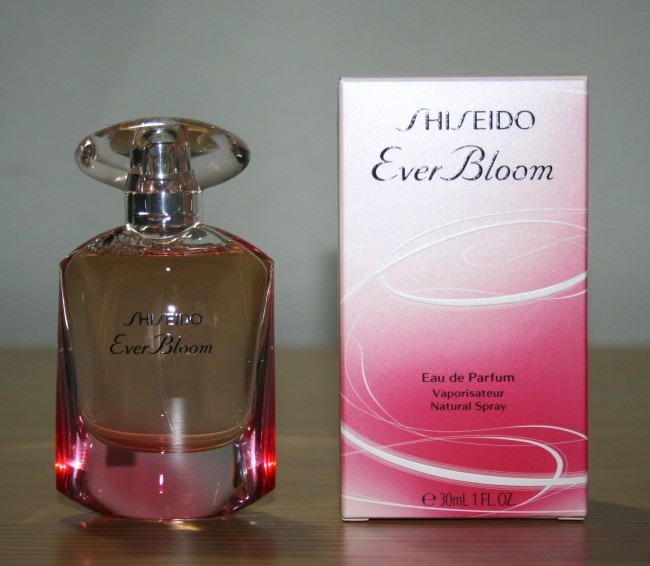 But don’t do it! Don’t overlook Ever Bloom from Shiseido as it is an absolutely gorgeous scent that I am thrilled to have in my collection.  It’s utterly and unashamedly feminine, from the box, to the bottle to the scent itself, which is mostly floral notes on a woody/musky base.  The notes are apparently setup to be circular (rather than a pyramid shape of top, heart and base) which should, in theory, allow all notes to pass around each other fluidly rather than dominate or overtake each other, but I am nowhere near scientifically-minded enough to know if that’s marketing spiel or the next big thing in fragrance, so I shall leave that to you to conclude on your own terms! 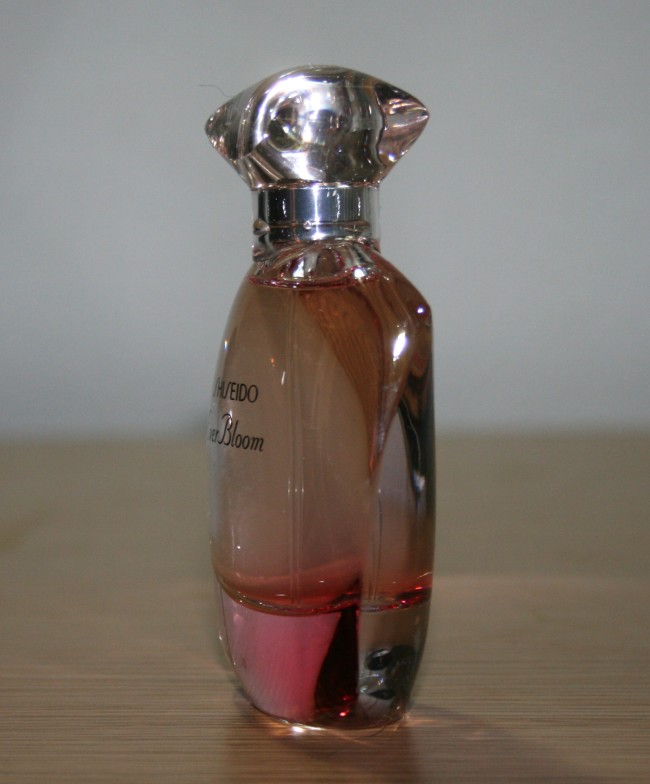 The notes in Shiseido Ever Bloom are lotus, jasmine, Bulgarian rose, orange blossom, gardenia, Hinoki wood and musk.  As you’ve probably worked out, this is a very floral fragrance that’s bright and clean, and avoids heading into Potpourri territory thanks to the inclusion of the wood and musk notes.  It is a bit of a crowd-pleaser, so those who like fragrances that are unique or a little bit different probably won’t get on with Ever Bloom.

I’m happiest with a floral scent that contains jasmine, so obviously I love this.  It’s just so pretty and wonderfully girly, and I’m really enjoying wearing it.  Unfortunately it doesn’t launch until October which is a real shame as it’s an ideal scent for the Summer, but I’m not someone who needs my fragrance to match the season so I can still see myself happily wearing this through the year.  It’s nicely priced at £40 for the 30ml, with two other sizes launching at the same time; 50ml for £55 and 90ml for £80.  There’ll also be a Shower Cream for £32, a Body Lotion for £35 and a Body Cream for £50, for those who like to layer.  Put 1st October 2015 in your diary, when all of the above launches nationwide.

I'm still trying really hard to improve my health through my diet by adding in lots of good stuff and...