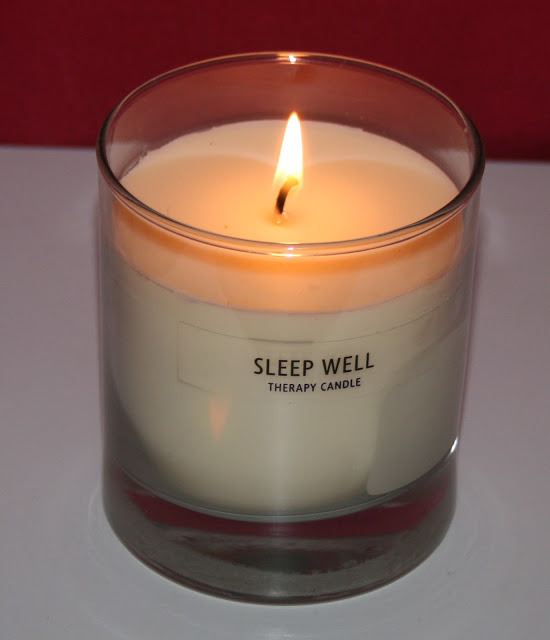 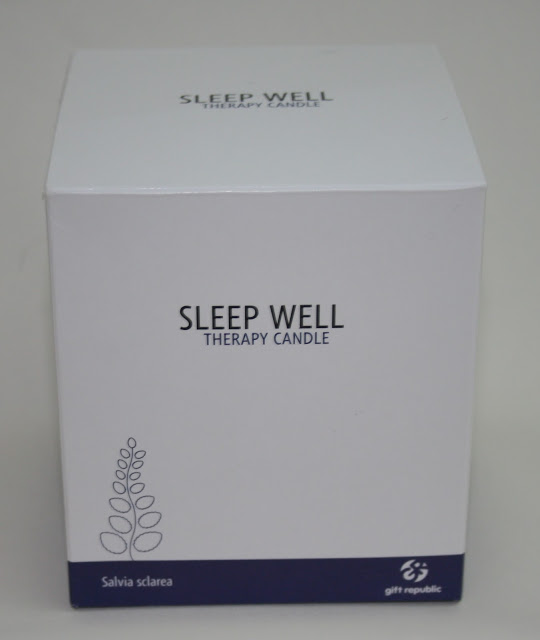 I was quite excited when I received this aromatherapy candle that’s designed to aid sleep, as I’m so used to spending huge amounts of cash on candles, so I hoped that this would make for a great and cheaper alternative. 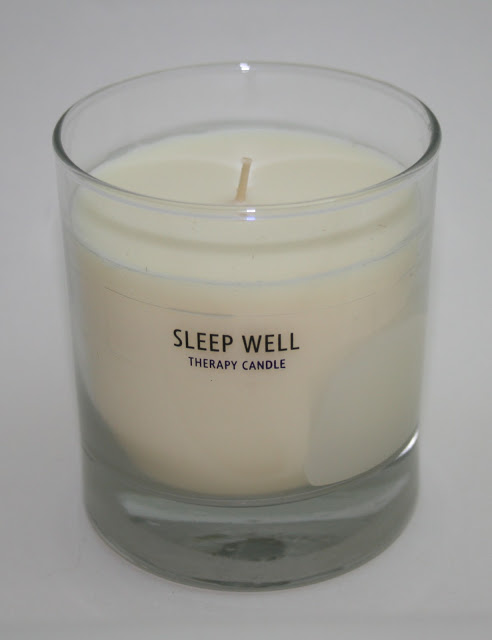 It’s also managed to avoid the cliched “sleeping scent” of lavender as its dominant fragrance which I personally prefer as I don’t like having a home that smells of lavender.  Whilst there’s still lavender included, the dominant essential oils used are Clary Sage and Chamomile.

Aesthetically, it’s a basic but pretty looking candle, housed in a clear glass container.  It’s not as well finished as more expensive brands and you can see gaping around the candle which is a small thing to focus on, but I thought it was worth noting. 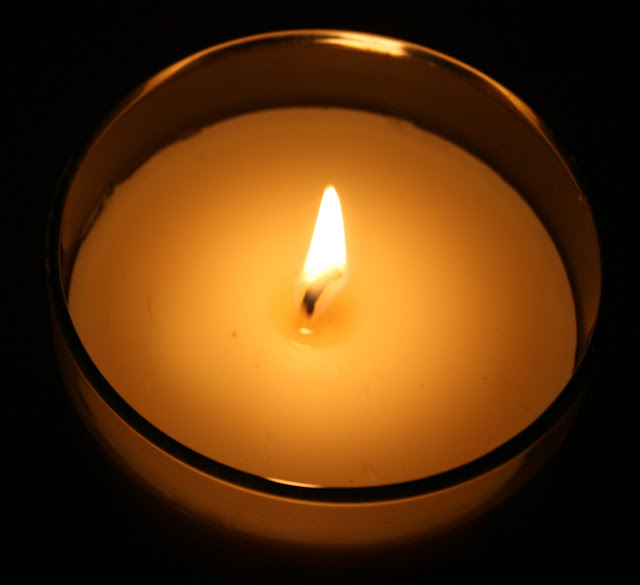 Straight out of the box the scent is lovely; it’s gentle, relaxing and pretty so I was very excited to try this out.  However, after having it burning for several hours I’m disappointed to report that it doesn’t seem to release any scent at all.  Even if you get up close to it, there’s no scent being released and the original ‘out of the box’ aroma is gone, which is a shame. 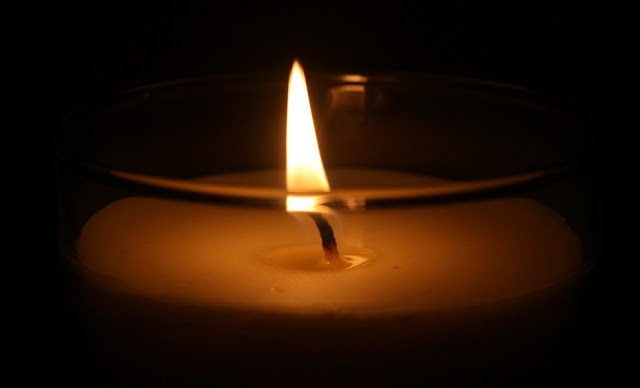 So in conclusion, I think this is a case of getting what you pay for.  It’s a nice enough candle to look at and it burns well and evenly, but due to the fact that it’s aimed at helping you sleep yet doesn’t seem to release any scent to do this, it’s not something I would consider repurchasing.

I mentioned this in my post about the M&S Your Beauty lines available, but having just used it again I...