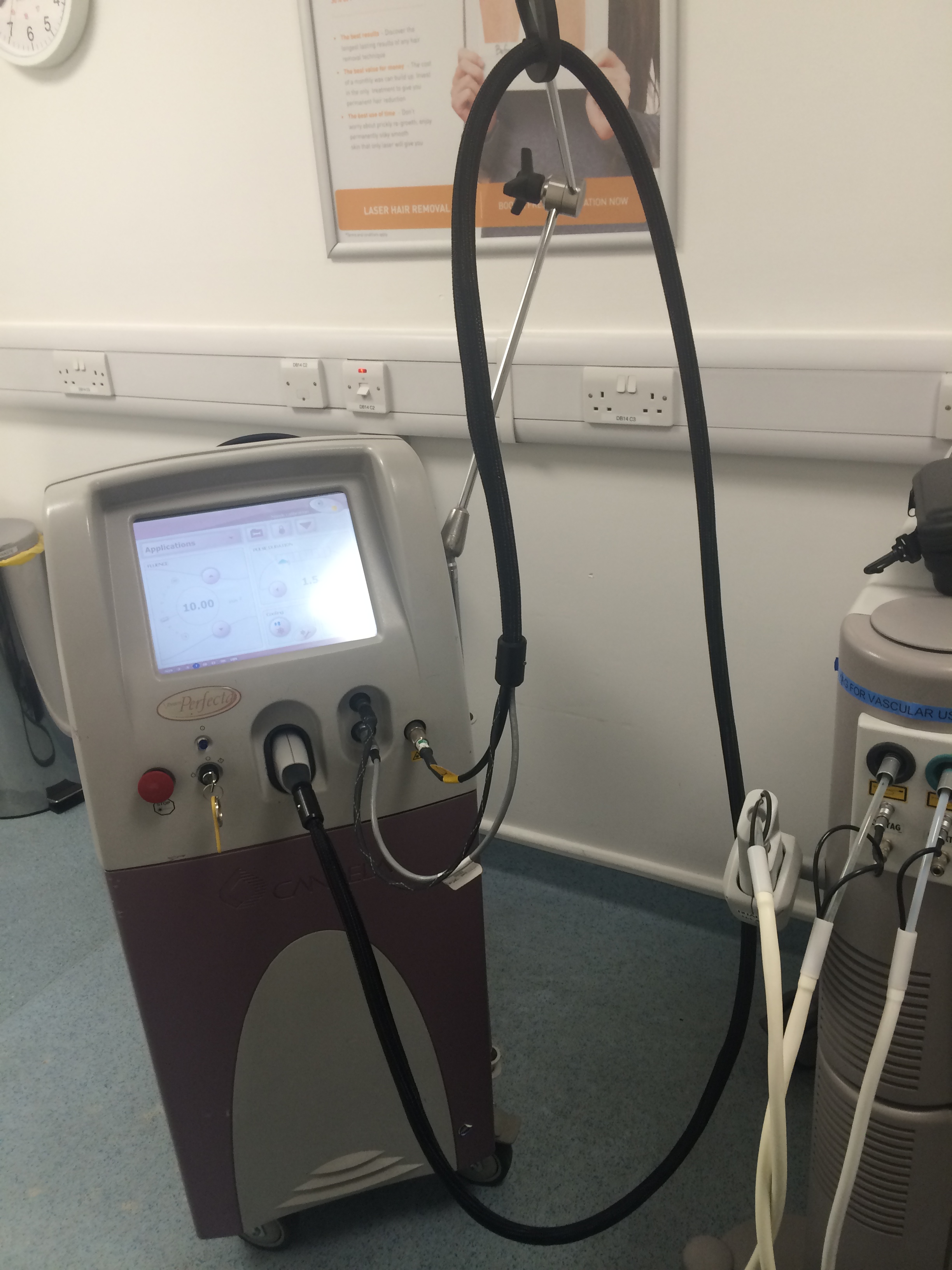 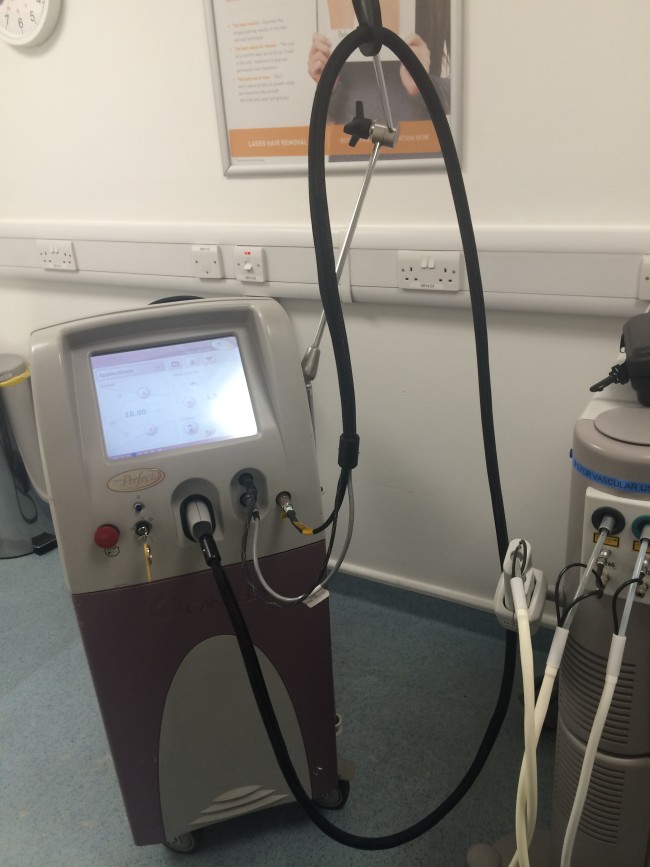 It’s now been a few months since I had my consultation at Sk:n Clinic in Harley Street, so I thought it was time for an update – I wrote about my initial treatment plan in my intro post here, but to summarise, I had a consultation with Doctor Firas Al-Niaimi who felt that a course of Pulsed Dye Laser would be the most beneficial to my tricky, acne-prone skin.  He also wanted me to use an antibiotic cream alongside the treatment, which I used for a couple of weeks after the first treatment before taking the decision to stop, as I wanted to see how the laser would work independently of any other spot-fighting treatments, so my skincare routine doesn’t contain anything specifically aimed at fighting acne – you can read about my current routine here. 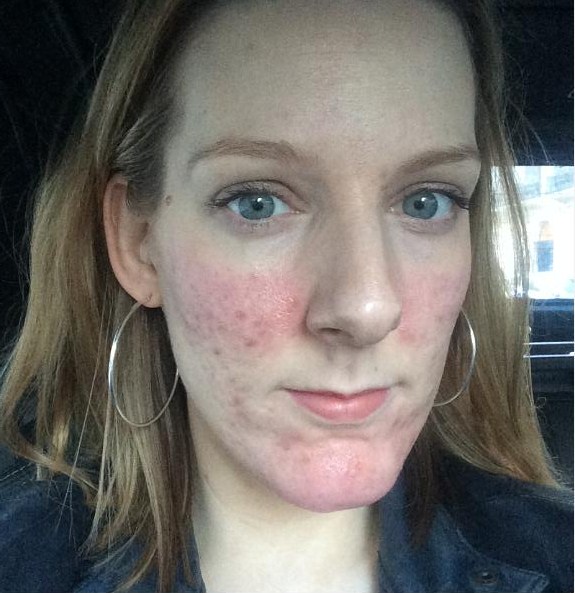 Immediately after 1st treatment.
PIN IT

Iv’e had three laser treatments in total, which I’ll talk about first before discussing the results.  I won’t sugarcoat it, the treatment is pretty uncomfortable, to the point of which I actually took a painkiller before the last one which is something I’d recommend doing if you can.  However, it’s a very quick treatment – around 10 minutes, if that – so if you find it as uncomfortable as me then at least be assured that it’ll be over and done with before you know it.  It isn’t so unpleasant that it puts me off having it done or I find myself dreading it, but it’s unpleasant; pain-wise I’d say it’s on the level with a bikini wax – truly uncomfortable, but very quick!

The first treatment I had seemed to have very little impact.  I left the clinic looking neon red, which I found quite encouraging as my skin is pretty robust and doesn’t go red easily, but by the time I was home it was pretty much back to normal and I didn’t notice any significant change in the following few weeks.  I then had my second treatment and my skin was very different afterwards; it was extremely dry and quite tender to touch, but it was also breaking out a lot less.  The third treatment was more like the second treatment with a little sensitivity and dryness, but considerably less breakout-prone; whereas I would have 2-3 new spots a day, I now have 2-3 new spots a week, so it’s a big improvement.

Left to right – before 1st treatment, after 3rd treatment.
PIN IT

I’m not getting any nasty, angry spots any more and the ones I am getting don’t hang around very long.  I was quite excited about showing the before and after pictures of me before treatment one and after treatment three, but frustratingly I don’t think they show the improvement as impressively as they should, which I think is mostly due to the fact that I still have a lot of scarring left that looks like I have spots.  In the after picture I have a spot on the left of my chin and a spot just below my right eye, with the rest of the red marks being acne scarring.  As I’m still having spots here and there, I’ll be having a couple more treatments to try and fully knock these on the head before I continue with my next treatment to treat the scarring.  I was offered either the CO2RE laser or the infamous Dermarolling, but as the CO2RE has quite a lot of downtime, I’ve decided to go for the Dermarolling instead – plus, I’ve always been fascinated by it, so I’m really looking forward to trying it! I feel very positive about the Pulsed Dye Laser treatment as I do think it has significantly reduced my breakouts.  It isn’t a miracle cure, but it has made a big difference to my skin, to the point where people are actually noticing how much it’s improved.  I don’t have to use heavy base products any more and can get away with a BB Cream that’ll still give me enough coverage, so I think once the scarring has been taken care of, I might actually have fairly good skin! More info on Sk:n treatments are available here – link.

I absolutely love the concept of these Emma Lomax SOS Kits, as they fill a gap in the beauty market...