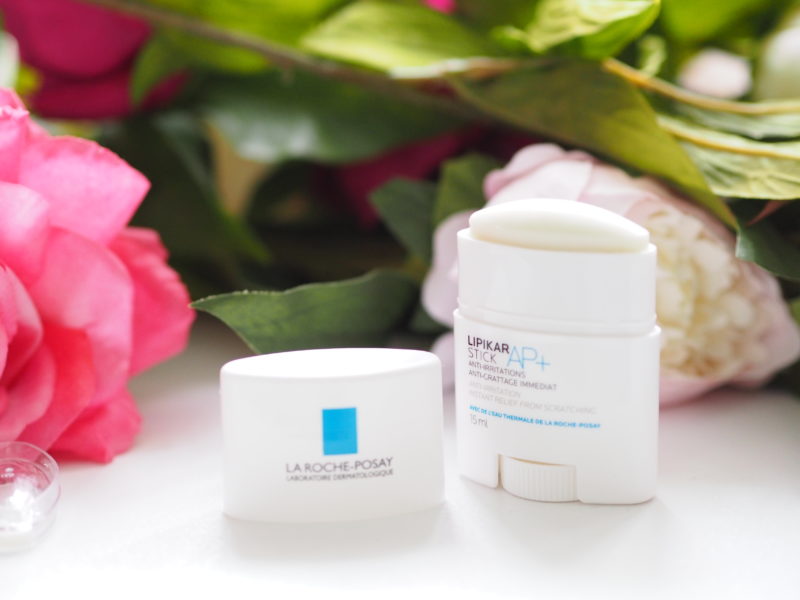 The La Roche-Posay Lipikar AP+ Stick is such a fantastic idea for those who struggle with eczema or itchy skin.  As the name suggests, it’s a product in stick form with the sole intention of relieving the often overwhelming itchiness that comes with dermatitis and eczema, but what’s particularly smart about this is that it’s designed to be used to physically relieve the itching and take the place of fingers; so you rub the product (as aggressively as you might with your fingers) across the itchy patch, and the action of rubbing will relieve the need to scratch, whilst also placing some of the product itself over the itchy patch, which hopefully provides more long-term relief.  Such an intelligently considered product!

The La Roche-Posay Lipikar AP+ Stick has a formula that contains Shea Butter for hydration, Madecassoside which is an anti-inflammatory, zinc gluconate to keep the product free from bacteria and thermal spring water that features in most La Roche-Posay products.  This is a product that has been so rigorously tested that LRP state it’s suited for any age group from babies upwards, so I’m thinking it would be a great choice for nappy rush, especially if you have a baby with very sensitive skin.  It’s also non-comedogenic – meaning it shouldn’t block pores – but even though Shea Butter isn’t technically something that causes spots, it is something that I know people with spot-prone skin have had issues with (I’m thankfully okay, but many aren’t) so tread carefully.  Having said that, it does sound like the sort of product that would be amazing for compromised skin that’s red and inflamed, which is something I’ve had issues with in the past and I bet I would’ve loved this! It’s £13 here – link – and I can imagine it would last you for absolutely ages.

Can you believe it's been 10 years since Sleek first launched their iconic iDivine palettes? I'm sure you know exactly...