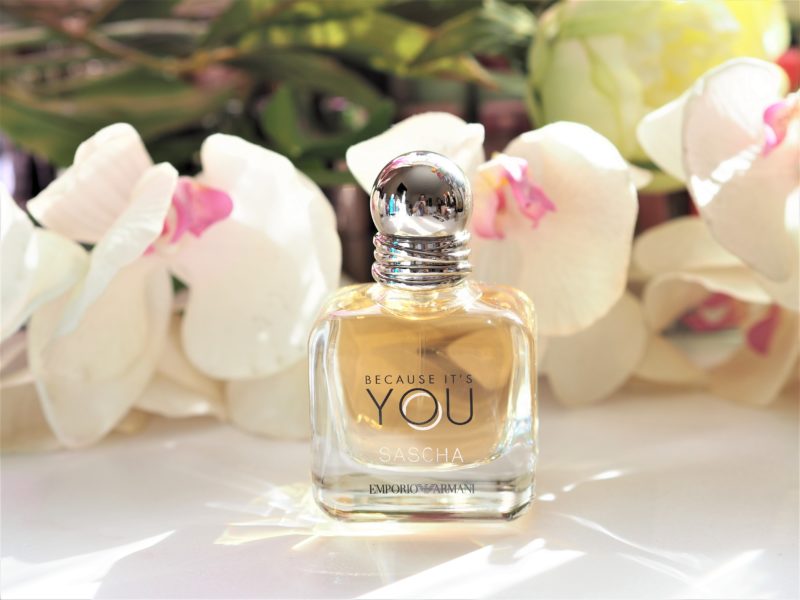 Because It’s You is a beautifully fresh and creamy fragrance from Emporio Armani that’s a great choice for the seasonal transition, since it isn’t overly zesty or summery, plus it sits on a musky base meaning it takes some lovely elements that are typically found in all the seasons, but I personally see it as a more of an Autumnal scent.  Having said that, I’m a firm believe that no fragrance is limited by the season, so you should wear whatever you like no matter what time of the year – I certainly won’t be retiring my favourite summer fragrances for the Winter!

Because It’s You opens with a sweet burst of raspberry that’s very apparent the minute you spray.  Top notes also contain lemon and neroli, but it’s certainly the raspberry that grabs all the attention.  Rose sits at the middle, whilst the base notes of vanilla, musk and amberwood appear quite quickly after the spray, especially the vanilla and the musk.  Consequently, the fragrance is very much a gourmand which gives it that slightly mouthwatering quality – I’m a sucker for both raspberries and vanilla! I would recommend trying Because It’s You if you like a fruity fragrance but fancy stepping away from the more typical citric notes, as this is a lovely, fruity, fresh scent that’s juice and attractive.  I think it’s been formulated with younger women in mind, and whilst it’s definitely sweet, it isn’t so sickly that I would limit it to a younger audience.  It’s also housed in a really simple and pretty bottle that I personally really like.  The rings at the top are apparently symbolic of bodies wrapped around each other (there’s a matching male fragrance too) but I just like the way it looks.  You can find Because It’s You here – link – with prices starting at £47 for 30ml, £66 for 50ml and £87 for 100ml.  It’s also available at Boots here – link – and John Lewis here – link – the latter of which are running a price match promotion today (3rd November 2017) so you can get this fragrance with 15% off.

Another quick heads-up as there's so much happening this week with an impending expiry date, so I'm trying to flag...