A Few Things Keeping Me Distracted During the Isolation 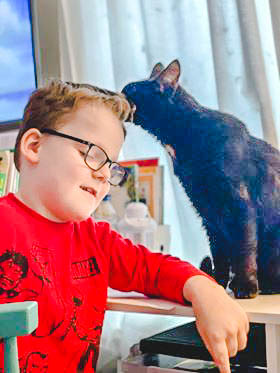 Not my usual beauty post today, as I’ve spent the whole week trying to build up to writing something beauty-related, but I just can’t; even though I think beauty posts are perfect for this sort of situation as they’re an escape for both the writer and the reader, this week I’m quite knackered by it all and lacking in enthusiasm, so I thought I’d share with you a few things that have been keeping me going through the isolation instead, whilst dropping in a couple of random pics of Teddy, like the one above… 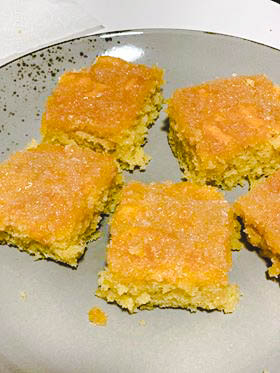 Okay, I never thought I’d be someone who finds such pleasure in cooking, but no matter my mood, putting together something like a meal or a tray bake will always lift me right up, and i’m taking a lot of joy from honing my skills and pushing my boundaries.  In late Feb I did an Indian cooking course where I made bread, cheese, samosas and two curries from scratch, and it made me realise that I could actually push myself a little further and not be scared by the concept of certain things.  I made a big batch of healthy curry last week, which I then froze so we could have it again a few days later (and also portioned off some for my mum) and then we had the frozen batch, I made chapatis to go with it.  I also made a lemon drizzle cake this week (that’s it above) which was the best cake I’ve ever made.  It’s the process of sitting down and losing yourself in the task for an hour or so that really helps in situations like this. 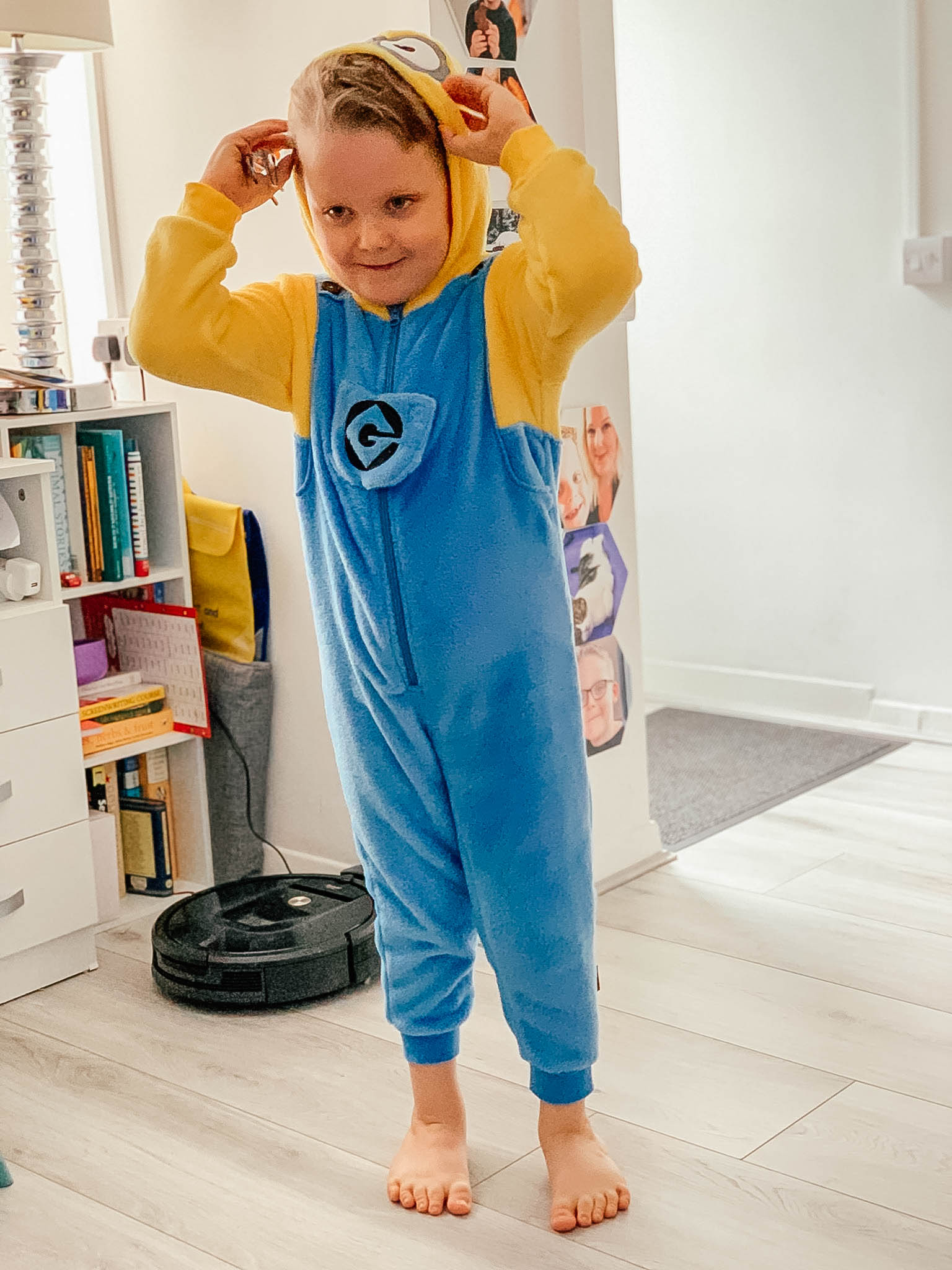 Sorry, it’s a little pretentious but I’m very aware of the changes in nature that have occurred as a consequence of our recent behaviour and it really makes me so happy.  There are videos of the streams that run through Venice clarifying so we can see the fish, warthogs and goats working their way through villages because there’s no traffic to be scared of, and closer to home, I saw a hawk flying above my home last Friday (I live in London!) alongside some very unusual insects and a family of beautiful birds have moved into my back garden.

My point is, we either don’t realise or we’re just completely desensitised to the fact that our everyday behaviour has the most horrendously detrimental impact on the planet; we’re told about this on an almost daily basis but during this period of isolation we get to see first hand what the world could achieve if we were to just tread a little more carefully. 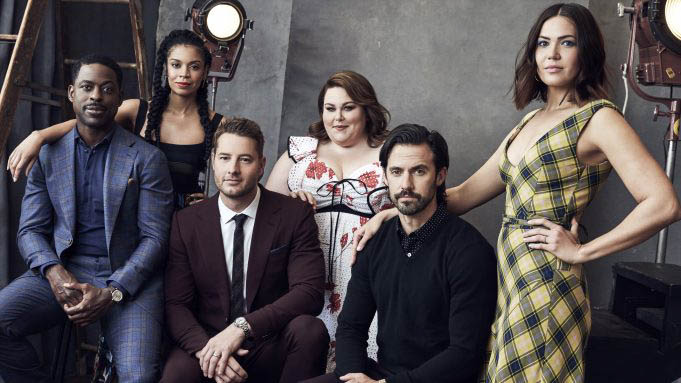 Going from the rather deep the the rather shallow (but equally impactful in my life right now…) we have an amazing array of on demand services available with some great box sets and films to watch.  My son Teddy and I are working our way through the Marvel films on Disney Plus, which also has some great non-Disney films (such as Never Been Kissed – loved that film) as well as most of the Disney and Pixar films alongside some great National Geographic bits too.  It’s good value at £60 a year.  If you’re after something to binge, here are 5 great shows and where you can find them:

The Handmaid’s Tale, Amazon Prime, £9.99 per season – one of my all-time favourite shows as it’s just so captivating; don’t be put off by the initial appearance as it looks like it’s set in history, but it definitely isn’t.  All the characters and their backstories are fascinating, you immediately root for the lead and I cannot tell you how invested I am – roll on season 4!

Chicago Fire/PD/Med, Sky/Now TV – If you’re looking for something to binge that’ll get you involved without making you feel like you have to watch every episode one after another, then Chicago trio are a great choice.  I would start with Chicago Fire as that’s where the whole thing began, but definitely add-in PD if you can.  I haven’t started Med yet but it’s on my list.

The Stranger, Netflix – this is a great example of a show you can fall into for a few hours and just watch back-to-back until you reach the conclusion.  It’s a gripping thriller that’ll have you guessing until the end.

The Good Doctor, Sky/Now TV – this show follows an autistic doctor as he handles the difficulties of becoming a surgeon and it is so brilliantly handled, with Freddie Highmore as a the fantastic lead, the first episode takes you right in.

This is Us, Amazon Prime – If you need something kind and lovely and uplifting and gentle and just wonderful, This is Us is the show for you.  It’s very funny, with some amazing emotional moments and a HUGE twist in the first episode that gives me goosebumps to think about.  I love everything about this show and it’s another example of characters that I’m invested in and want to see succeed. 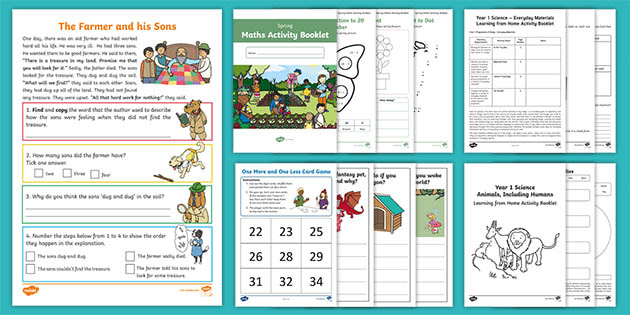 If you have a kid and you’re unfamiliar with Twinkl then this will be an absolute saviour! It’s a fantastic site full of printable resources, worksheets and activity books and there are literally hundreds of thousands to select from, suiting every age and need.  Teddy has been ill a lot since he started school, so I try to maintain a standard for home-learning to ensure he doesn’t fall back with his education, and the Twinkl site has made it so much easier.  Every day I can tailor our lessons (and by lessons, I mostly mean printing off worksheets, helping him start and then leaving him to it until he needs help) so that he is roughly following the correct curriculum whilst he’s off from school.  Definitely check it out here – link – a lot of the stuff is free, but you can pay a small monthly fee for access to everything, which is what I’ve done. 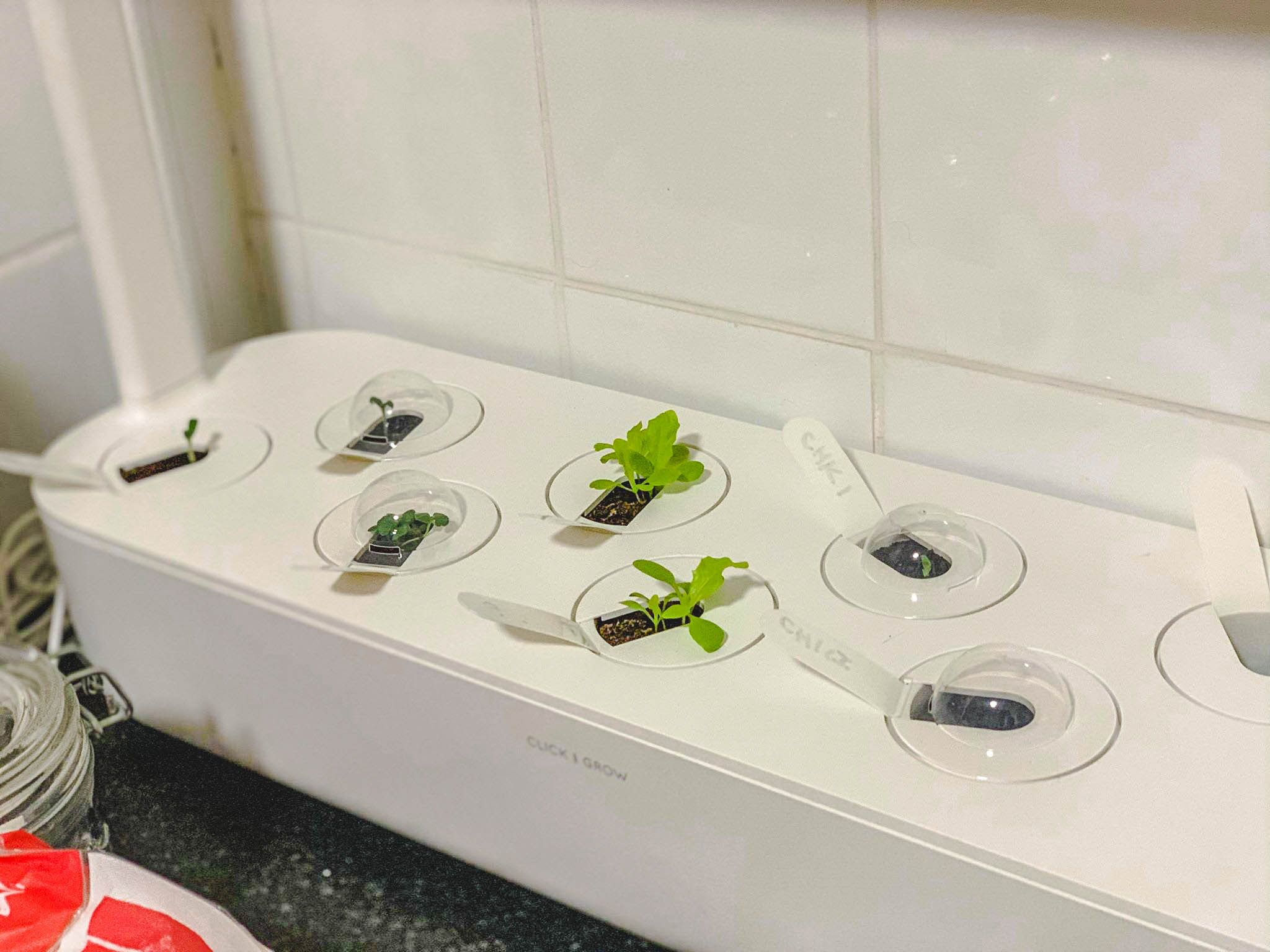 I have wanted a smart garden for absolutely ages as I live in a bungalow that doesn’t get much natural light, so my attempts at growing herbs have failed and I thought now would be the perfect time to get a smart garden as it’s fun for Teddy and I to keep track of.  I bought the Click and Grow Smart Garden 9 (this one) which comes with lettuce, tomato and basil and I also added in some chilli plants.  The picture above is just NINE DAYS after setup! Can you believe that? The bushy duo in the middle are the lettuce which have grown insanely quickly, then we have basil to the left, the far left two are the tomatoes and the far right two are the chilli.  I’ll be doing a full review soon – every day we look forward to heading into the kitchen to see how the plants are doing!

I hope some of these things that I’m doing might give you some ideas on how to spend your time whilst we’re in lock down.  I hope you all stay safe and well xx

An Introduction to Ecooking Organic Skincare

For The One Who Deserves the Prettiest Makeup

The worst thing about receiving an IT Cosmetics delivery is that I have to go on the QVC UK site...