Neutrogena Visibly Clear Light Therapy Mask – The Good, The Bad and The Ugly 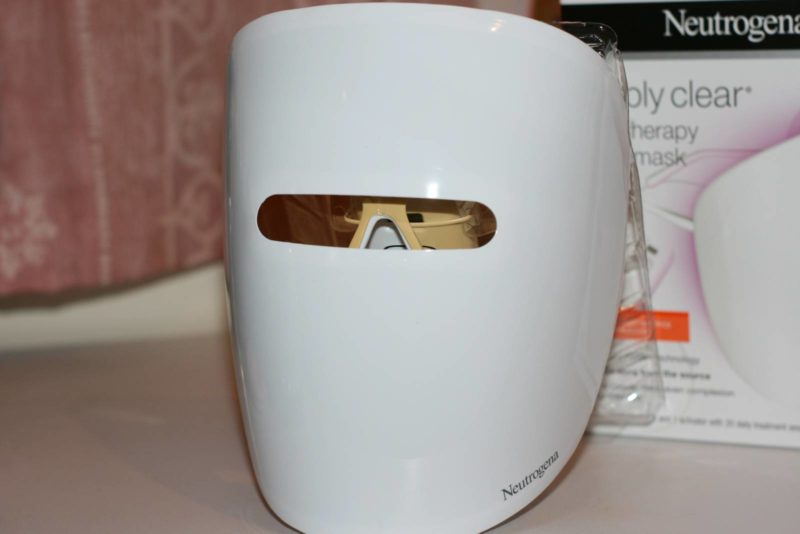 At the end of last year I was doing lots of research into light therapy masks as I’ve had nothing but positive experiences with light therapy as a treatment and it’s something I really recommend trying if you haven’t; it works especially well for inflammation and spots, with blue lights killing bacteria (so ideal for acne), red lights helping with general inflammation – including typical signs of ageing as well as inflammation as a result of acne – and green is great for general healing.  I decided I would purchase a light therapy mask as soon as I’d settled in after my home move, then I got the press release for the Neutrogena Visibly Clear Light Therapy Mask and I could not have jumped on it more quickly! 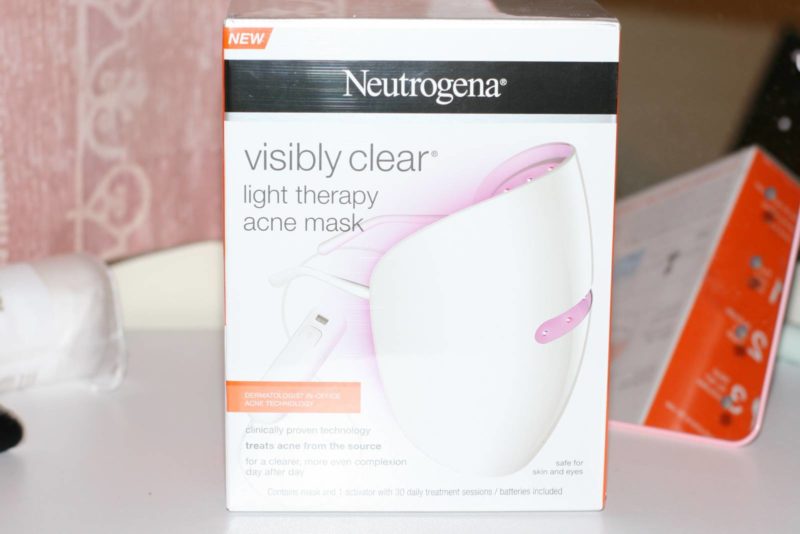 The Neutrogena Visibly Clear Light Therapy Mask is a very easy to use mask that sits on top of a pair of plastic glasses, so you wear the glasses and the mask then sits in the perfect position for optimum effectiveness.  The mask contains red and blue light and is aimed at treating both elements of tricky skin – the breakouts themselves and the inflammation that comes with it.  You only need to use it for 10 minutes a day and it’s automatic, so once the 10 minutes are up, it turns off. I tend to use it as a time to do Pilates and it’s got me into the habit of doing my exercises every day, which is a rather handy bonus! It’s comfortable to wear and other than being very bright and a little warm, there’s nothing uncomfortable about the process.  It couldn’t be more simple and it’s extremely well priced at £59.99, considering that on Amazon you’re looking at at least £150 for a similar mask. It’s also a Neutrogena product, so you know it’s going to have been thoroughly tested to meet all the trading standards. 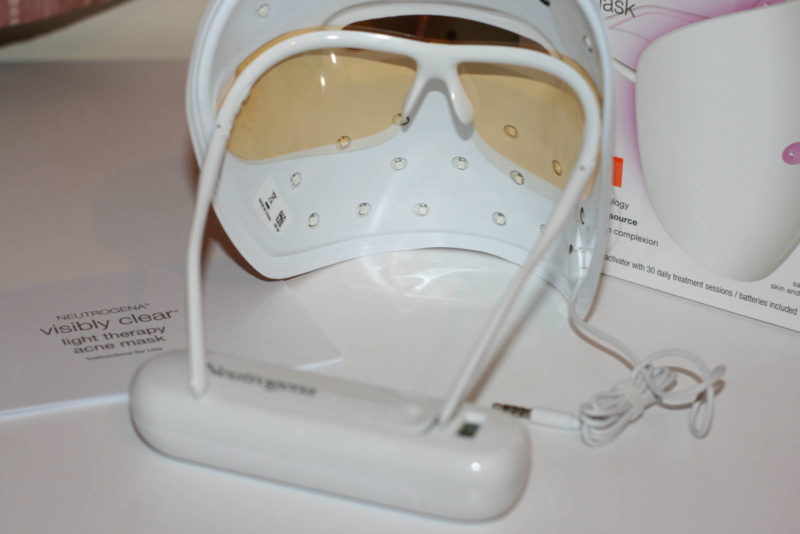 Every time I wear a sheet mask I struggle to get it to fit my long face and unfortunately I’ve had the same problem with this as it only just makes my chin, which is especially frustrating as so many people have the most breakouts around their chin area – I don’t think it would’ve been too difficult to make it slightly longer so that it fits more faces as presumably it’s better for it to be slightly larger on smaller faces rather than slightly smaller on larger faces.  It’s also made of a slightly flimsy plastic that I can see easily snapping if accidentally stepped on or squashed. 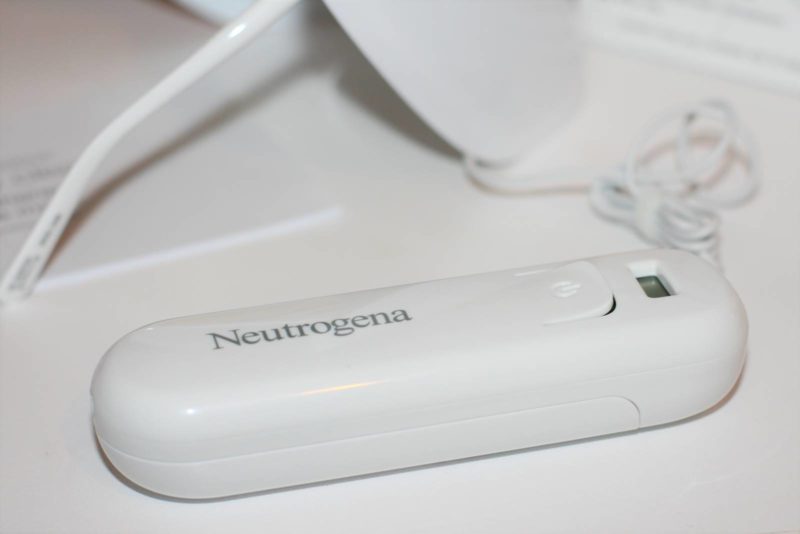 Pretty good so far, right? A few issues but nothing terrible…until we get to The Activator, which is a battery power pack that you plug into the mask to get it working.  Again, nothing terrible, until you find out that The Activator is limited to 30 uses and costs £14.99.  When I first heard of the mask I thought how fabulous it was that Neutrogena were doing something wonderful for those of us who struggle with tricky skin, by bringing us an affordable, at-home light therapy treatment.  Then I found out that they’ve approached the design with cash signs in their eyes, since you’re basically being forced to subscribe to the monthly costs – you buy the mask but once The Activator runs out, you can’t use the mask.  I think that’s really, really rubbish. Having said that, a quick Google will show you the ways around it, so you can hack your way into The Activator to make it last longer apparently! Just tread very carefully as obviously this is a product that’s going on your face and this could raise all sorts of safety issues – it isn’t something I’d personally recommend, so try at your peril… 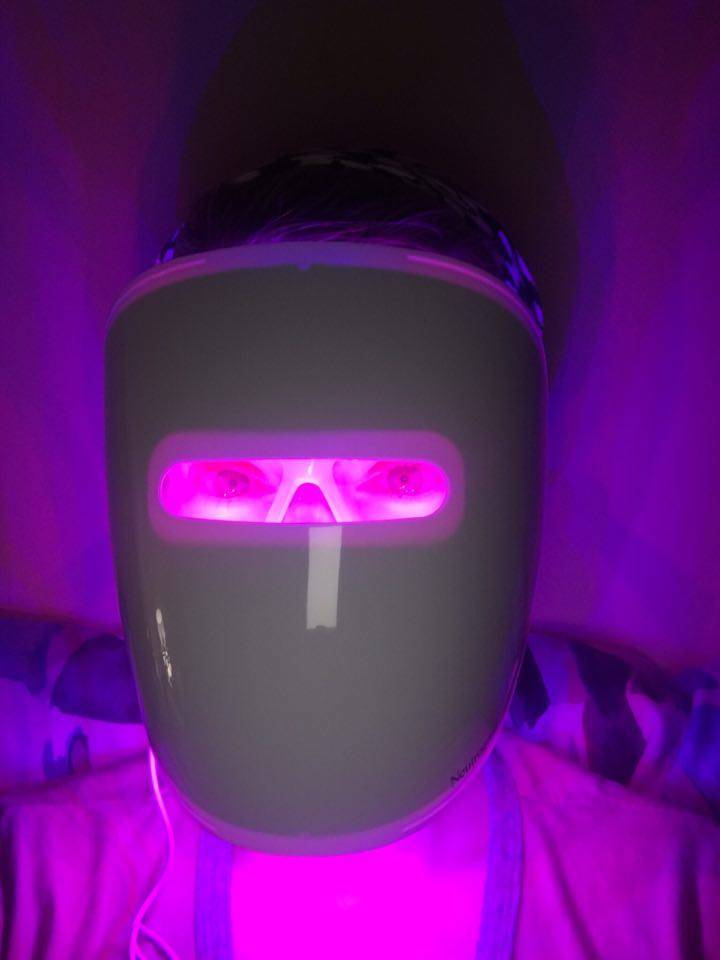 The Neutrogena Visibly Clear Light Therapy Mask does work and it’s a very gentle way to tackle acne.  I have various types of acne and the deeper ones won’t be cleared by the mask (although it does help with inflammation so they’ll be less painful and red) but the superficial ones, such as the whiteheads, clear up very quickly and this is also a great mask for using after any aggressive treatments such as chemical peels or deep cleansing masks as it’s very soothing.  If you’re a little breakout-prone, you’ll see a big difference with this, but if you have chronic acne then you’ll only see some difference, but it definitely helps all of us with spots.  For me, I think I’ll mostly be keeping it as a post-treatment product as I’m too annoyed by the cost of The Activator! If it sounds like your sort of thing, buy the mask, try it for a month and if it doesn’t do much for you (you’ll definitely know either way within the first month) then you can give up on it – whilst it’s an expensive mistake, it’s certainly cheaper than a salon session of light therapy and it does introduce you to this type of treatment. It’s £59.99 here – link – where you can also find the Activators for £14.99.

The April 2017 Glossybox is all about beauty on-the-go, so the contents focus on speeding up the beautifying process -...