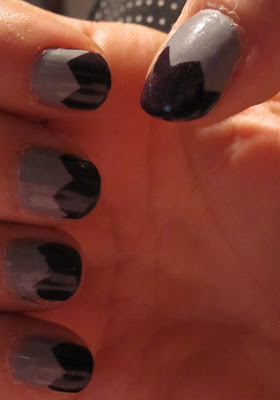 No7’s lined up some very pretty autumnal releases including some rather interesting pastel eye shades (which in my mind goes against the typically darker, earthier shades that we expect from winter releases) as well as some easy to wear nail colours including the two shades I’ve used in this NOTD. 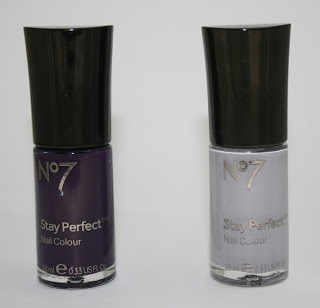 One coat of Winter Tale. 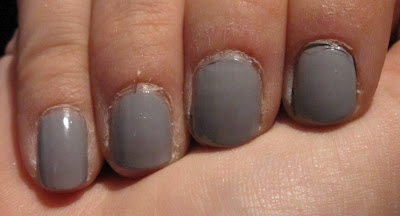 I used one coat of Winter Tale which went pretty much completely opaque; it probably would’ve benefited from another coat just to completely eradicate any tiny signs of transparency, but in a hurry one coat would more than suffice.

I wanted to experiment, but, as is often the case with experimenting, it didn’t go very well! Unfortunately I decided to use some nail guides so I could use Winter Tale as a base colour and Blackcurrant to add a funky tip.  However, even though I left a good two hours between applying the base and applying the nail guides, they still managed to take off a lot of the base shade when I removed them.  I think they’re just too sticky, so in future I’ll be sticking them on my fingers first to remove some of the glue before applying them to my nails. 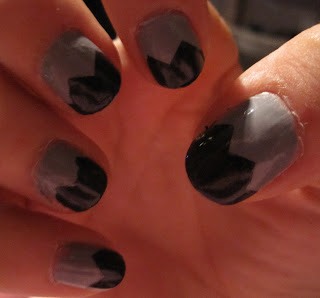 So the result was that I had to then go over the original base coat free hand which left a messy finish…not ideal! I haven’t given up on the idea of using nail guides, I just think it’s a bit of a learning curve.

Winter Tale and Blackcurrant will be available from Boots soon.

The Chapel Review: Can a Hair Make-Over Change Your Life?

The Chapel Review: Can a Hair Make-Over Change Your Life?

Comfy consultation sofas.  Arrrghhh! So I have been so excited to tell you all about my new hair but as...