I thought the new Nivea In Shower Body Moisturiser would make a perfect choice for Quick Pick Tuesday as it’s had a quite a lot of coverage already, so I’m only going to give you a tiny bit of background info before I share my thoughts as I’m sure you’re aware of it already.  Interestingly, I saw an advert for this and thought that I really must pick some up during my next shopping trip, and the next day it arrived through my letterbox from a clearly psychic PR! 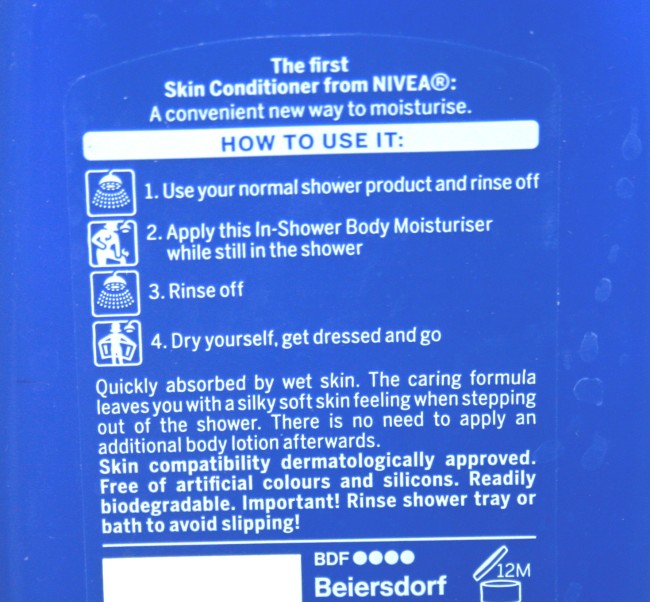 The concept of the Nivea In Shower Body Moisturiser is pretty interesting; if your shower gel is your body’s answer to a cleansing shampoo, then this treatment is your moisturising conditioner.  You apply it after washing and the idea is that it settles on your skin, providing a boost of moisture and negating the need for a post-shower body cream.  I heard about this and figured it would prove either an amazing shower staple or a novelty fad. 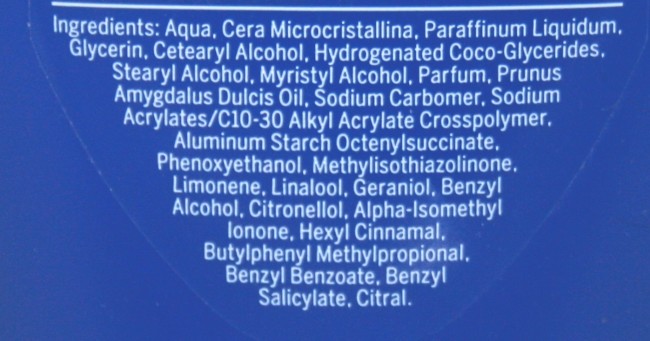 For me, it’s an amazing shower staple, although I think one of the reasons for this is because I’m rubbish at moisturising my body, so the extra hit of moisture that has been introduced thanks to this product is very noticeable; I note that people who do regularly moisturiser their body are less impressed with this.  For me, it’s a total godsend and I’ll be buying the larger sized bottle once this one runs out which will be quite soon as I’ve got through it very quickly.  The other thing that this has proved really handy for is shaving; both legs and underarms.  For a really indulgent shower pamper I use a body scrub, then a shower oil, then this which I leave for a few minutes before shaving.  I think the fact that it’s designed to absorb slightly into the skin makes it a dream of a shaving lotion, so definitely try it for this if you struggle with shaving rash or lack of closeness during a shave.  Awesome product, multi-use, reasonably priced, what’s not to love? Nivea In Shower Body Moisturiser is available in two variants – Normal and Dry, the one featured here is Dry – and two sizes; 250ml and 400ml.  The prices vary but at the moment Boots have a pound off them all, meaning the 250ml is £2.56 and the 400ml is £4.10.

It's that time again, when ELF make our lives much more complicated by suggesting that we actually need a lot...