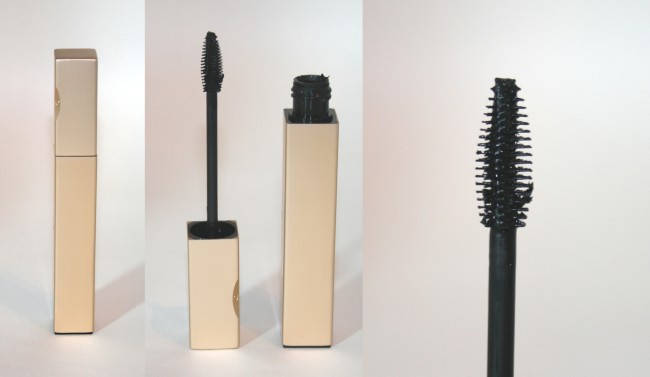 I was all geared up to write this review based on the fact that it’s an awesome mascara, when I looked up the info and realised that there’s actually more to it than meets the eye…Clarins Be Long Mascara is a brilliantly designed and beautifully presented, lengthening and curling mascara.  It does exactly as it promises, but it also contains a “Be Long Lash Complex” which will lengthen lashes over time, making this both a skincare (as such) and make-up product.  I don’t think it’s reasonable for me to focus on the skincare elements since my pregnancy is going to have an impact on that, so for the purpose of this review, I’m only going to discuss how it performs as a mascara rather than a lash-lengthening treatment.

Regular readers and Twitter followers will know that I’ve had a bit of a strange experience with my eyelashes as a consequence of pregnancy hormones.  At first I thought my lashes were falling out, but actually all that’s happening is that they’re not able to curl and instead are determinedly poker straight.  I’ve always been a mascara-girl – it’s the one product I will always invest in and continue to try all new releases regardless of how happy I am with my current one – so I have a LOT of mascaras in my possession, yet the only one that had any real impact on the curl of my lashes was Dior’s Overcurl, which isn’t the greatest mascara but at least you could actually see my lashes with it.  Thankfully, Clarins have come to the rescue with their Be Long Mascara.

Clarins Be Long Mascara: One Coat.

I’ve included some fairly detailed pictures in this review so you can get an idea of how my lashes are looking.  Clarins Be Long Mascara comes in a square tube (I realise that sounds a bit of an oxymoron, but that’s the only way I can think of to describe it) which might be an odd thing to focus on, but it’s actually really useful as it makes gripping it a lot easier than the standard circular tube mascaras.  You also feel as if you have better control of the wand during application due to the angled sides.

Once open, you’re greeted with a kind of pine cone shaped wand that looks like it’ll pick up too much product, but thankfully it picks up just the right amount, and due to the sturdiness of the (plastic) bristles, the mascara is dispersed really well and clump-free.  I have the black shade which is a good, sooty black that shows up immediately.  One coat gives you good definition and separation, whereas two coats gives a good boost of volume.  I’ve really never been someone who goes in for a second coat – I don’t think there’s one mascara post on my blog where I’ve used two coats – but I wanted to see how this mascara handled the weight of two coats, keeping in mind how defiantly straight my lashes currently are. 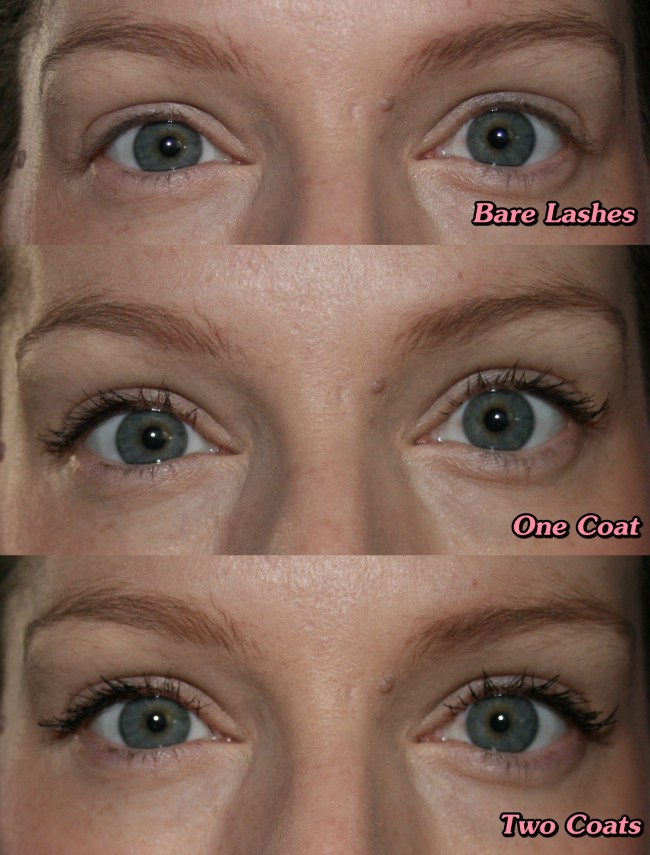 As you can hopefully see, once curled (I do use a lash curler) I can apply a couple of coats and lashes will still hold their curl, look defined with that wonderful sootiness and they stay that way, smudge-free, until the end of the day.  Thankfully it’s also an easily formula to remove, so there really isn’t a thing to complain about with this mascara and it’s a total godsend for me.  Therefore if you’re looking for a curl-boosting, lash-lengthening (both literally and aesthetically) easy to use mascara to try, I strongly recommend giving Clarins Be Long Mascara a go, which is available now for £21.

It has been a make-up heavy week chock-full of amazing new launches and products; I swear I have spent more...