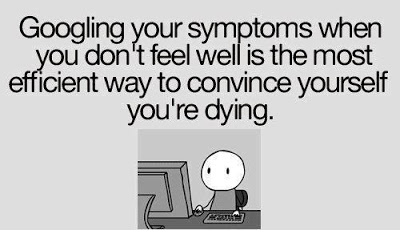 Regular readers will know that I’ve been having a bit of a tricky time lately, having received a dodgy smear result stating I had Severe Dyskaryosis / CIN3 which is the cellular change that occurs in the cervix which, if left untreated, eventually turns into cancer.  It’s worth noting that SD or CIN are NOT cancer diagnoses and are instead very early indicators of changes in the cells in the cervix, changes of which usually take a really long time to turn into cancer, so regular smears should stop this happening.  Of course this rational logic was completely lost on me and I spent the majority of the last couple of months convinced I was dying of cancer, with every pain and ache matching symptoms of advanced cervical cancer, but thankfully that isn’t the case and having had my cervix and surrounding areas inspected carefully and closely more times than I’d care to admit, thankfully it seems all was caught on time and we are good to go.  This experience has changed me though, and made me a lot more afraid of not being around for Teddy – it’s the whole mortality issue that I’m finally finding myself faced with – but I find the positives from this experience are a heightened awareness and a more realistic view of health, so with this in mind, hopefully I’ll be a lot more on the ball and keep on top of all things medical.  To read my intro post to this whole drama, have a read here, but today I thought I’d share with you my experience of the LLETZ procedure which is the standard treatment for CIN or Dyskaryosis.

Large Loop Excision of the Transformation Zone, or LLETZ, is a procedure that involves a heated wire removing the cells that are abnormal on and around the entrance to the cervix.  Depending on how much cellular change has occurred, this can be done under local anaesthetic and is apparently not at all painful.  If there’s a lot of change or you struggle with the Colposcopy (the second smear style test that involves a closer look at your cervix after you’ve received an abnormal cell change diagnosis) then you might be recommended to have the treatment under general anaesthetic which will involve going to sleep for the procedure, which is what I had on Friday.  I was extremely nervous as I’m useless with anything medical, plus I’m always convinced I’ll go to sleep and not wake up, although this is mostly to do with the fact that I have a muscular disability that makes Anaesthetists nervous more than anything else.

On Friday I turned up for my afternoon op at 12.3o.  At about 3pm they were ready for me, so I walked through to the surgical room (in my sexy gown and matching stockings), laid down on the bed and prepared myself to go to sleep.  I was nervous and thankfully I had a very helpful nurse who talked to me about TV shows (mostly The Leftovers – have you been watching that? JAYSUS) and a needle was placed in my hand.  It’s worth noting that it had been documented just how useless I am with needles, so I’d had some Emla cream applied to each hand to stop me feeling the needle.  So in went the needle, followed by some anti-nausea medication before finally the anaesthetic.  I felt it going in – it felt cold and a little tingly – and I felt it run up my arm before the Anaesthetist put a mask over my face and off I went to sleep.  About 20 minutes later I sprung back into consciousness, seemingly catching the nurses off guard as I still had the tube down my throat (!!) but they yanked it out quickly and it wasn’t half as scary as I had anticipated such an experience would be.  I didn’t feel groggy at all and waffled away quite happily as I was taken back to the ward, where I was given a coffee and some biscuits.  I chattered away with the other patients, had another coffee, then I was on my way home within the hour.  The whole procedure was extremely minor and I would say the GA was very mild too.  I was famished afterwards so I went to Greggs (I’m classy, me) for several pasties and a doughnut, the post-op meal of champions.  I was a bit tired but nothing major and the bleeding was a lot more mild than I anticipated; think panty-liner rather than maxi-pad.  The bleeding reduced to a very light discharge within 24 hours and I’d say now at a push I could get away without any protection, but I’m erring on the side of caution as apparently the scab will come away soon which will be followed with more bleeding.  All-in-all I’d say it’s been a positive experience; terrifying, unwelcome and eye-opening, but at least it feels like it’s all over and I can start getting back to normality again.  My advice to anyone who gets a dodgy smear result back is to avoid Google, listen to the specialists and don’t get ahead of yourself; a dodgy smear can mean so many things so don’t do what I did and Google Cancer symptoms until you’re 100% convinced you’re dying as that’s every bit as fun as it sounds and completely unnecessary.  I’ll be going back in for another Colposcopy in 6 months but, from what I can tell, that’s it pretty much done with.  If you’re going through something similar and want to talk or want to ask anything, feel free to either tweet me @BeautyGeekUK or e-mail me at geek@beautygeekuk.com

My Week in Review #1

A few weeks ago I attended an event at Liberty in London and I was early.  There was nobody around...