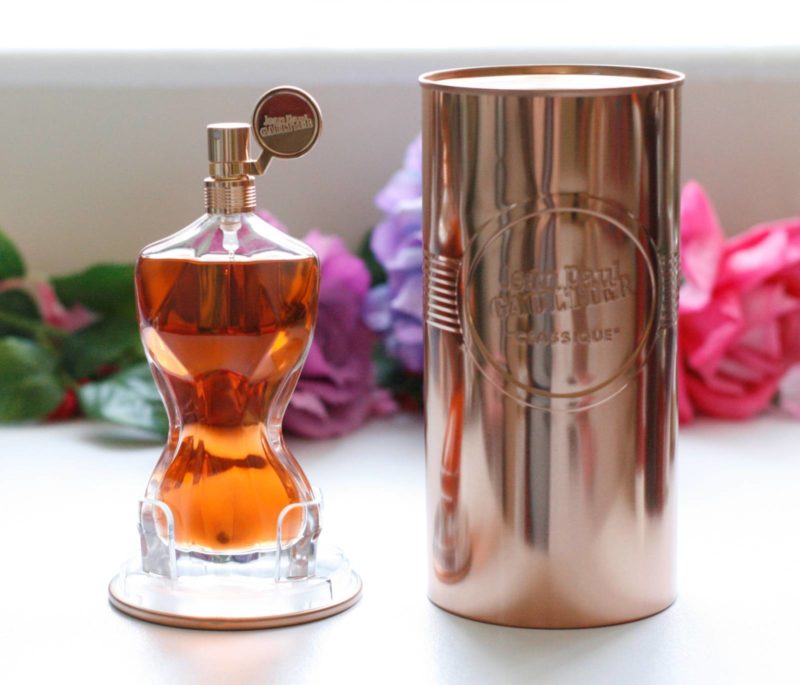 The next few Fragrance Friday posts are going to be a mini series focusing on the Jean Paul Gaultier Classique fragrance line, not just because it’s such a cult product thanks to the iconic female bottle shape, but also because the original Classique has a solid place in my heart since it was the first ever fragrance I fell in love with.  As a teenager, I used to replace it every year when I would go on holiday, so it must be at least 18 years – probably longer – since I first developed a real love for a perfume.  That makes me sound and feel absolutely ancient.  Anyway… As I write this, I’m consumed with Classique fragrance since I have the original sprayed on my lower half (as you do) and the Essence de Parfum on my upper half – quite frankly, I don’t think I’ve ever smelled this good.  This post will be focusing on the newer Classique fragrance, the Essence de Parfum, which is just as iconic and attractive (both aesthetically and sensually) as the original Classique, but in a slightly less obvious fashion. 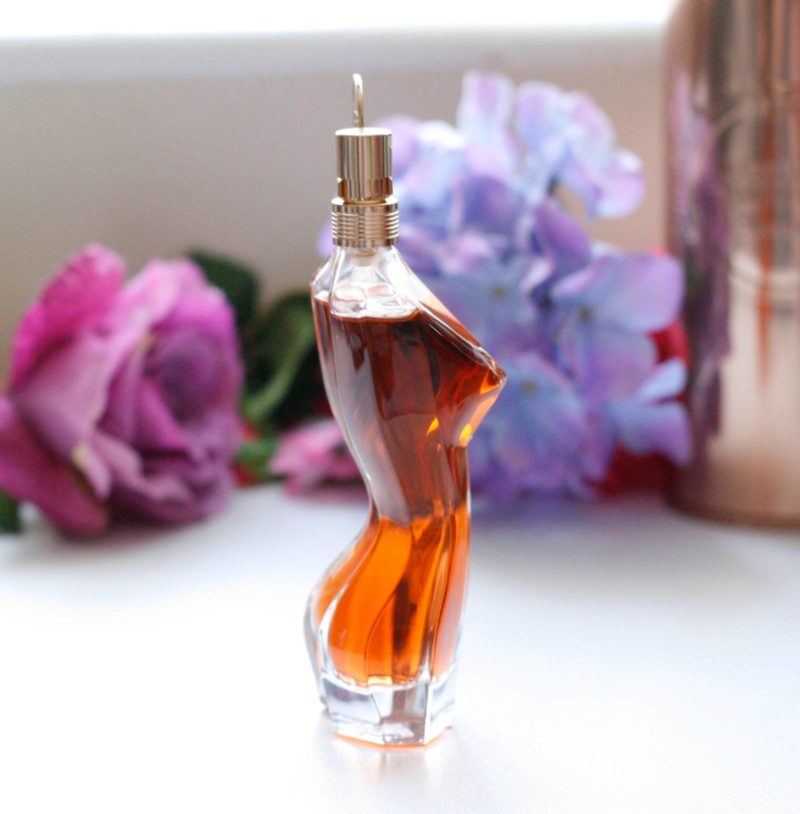 Jean Paul Gaultier Classique Essence de Parfum is a fresh, bright and sexy with an interesting and unusual (for a mainstream fragrance) fragrance note composition.  The top notes are ginger, tangerine and Aldehydes, heart notes are Jasmine Sambac and orange blossom and the base notes are whipped cream, vanilla, wood, Benzoin and Cashmere Wood.  The result in an inviting, feminine scent that pays homage to it’s much older sister whilst still being modern, vibrant and exciting – the sort of fragrance that immediately lifts your confidence. 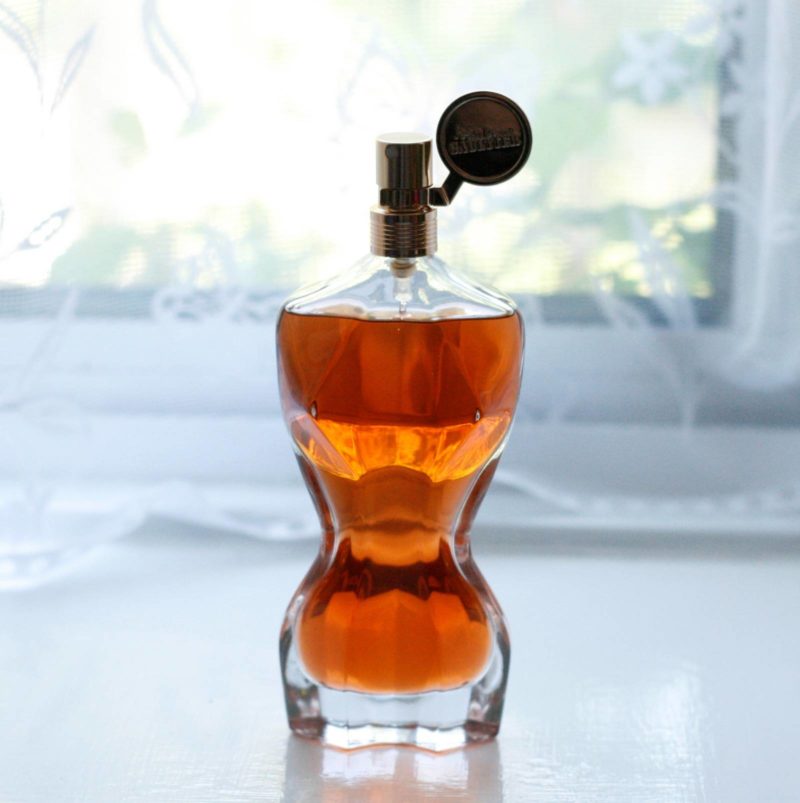 The ginger opening is spicy and fun; I was surprised how much I liked it as I’m normally not a fan of ginger.  The inclusion of Aldehydes and Benzoin gives this a depth that steps outside the usual typically sexy notes that you would expect from something so unashamedly female.  I was all ready to hate Jean Paul Gaultier Classique Essence de Parfum, since the original is burnt into my history as such an important stage on the development of my love for all that is beauty-related, but rather than step on the toes of her iconic sibling, Classique Essence de Parfum has instead taken extremely select elements and honoured her with a beautifully feminine fragrance that’s still very sexy, but less in-your-face, with a bottle to match that has less boobs and more hips and mum, to truly acknowledge today’s modern woman.  If you were a fan of the original, you’ll likely like this too.  Find it here – link – 30ml is £43.50, 50ml is 63.50 and the pictured 100ml is £89.

Nip + Fab have always had a pretty solid reputation as the more purse-friendly sister brand to the uber-luxe Rodial,...