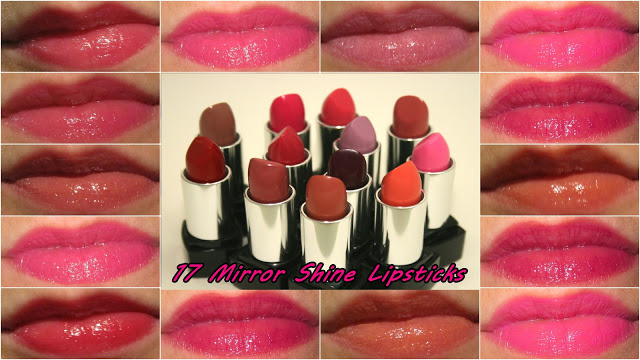 Be warned that this post is *extremely* picture heavy!

I recently wrote about my love for the new 17 Mirror Shine Lipsticks and now I’ve had a good chance to play around with the rest of the shades I’m really struggling to pick my favourites, but there were definitely a few surprise shades that I’ve been using frequently, not least the deep purple shade of Scrumptious which is the sort of shade that I would normally steer clear of. 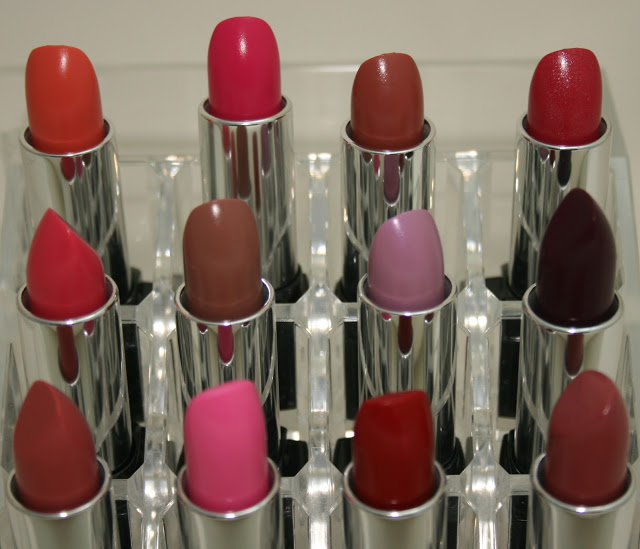 I’ve reviewed the lipsticks in detail in my original post, so this post is just to give you a better idea of the shades available and what they look like.  I’ve also included the original three I wrote about so that they’re all in one post. 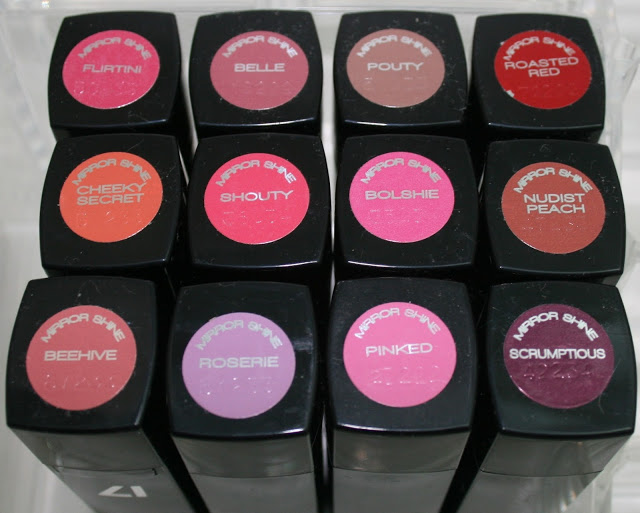 In my mind, these are kind of 17’s take on the popular butter-like formats that have recently been released by Revlon and L’Oreal, but what’s most pleasing about these is that they’ve managed to bring something new to the table by including some interesting shades that aren’t covered by their rivals.  Think lots of delicate, girly and/or vivid pinks, pretty peaches, plenty of nudes and a couple of high-colour picks.

First up, here are the swatches:

Next up are the twelve new shades on the lips:

So as you can see, there’s a great range of shades that all payoff brilliantly with a wonderfully moisturising texture; this range is a total winner for me.  As predicted, the milky shades don’t show up well on my very pigmented lips, but the bulk of the shades show up well and I’d say my favourites are Scrumptious, Belle, Shouty, Nudist Peach and the fabulous bright Pink shade of Bolshie.

Boots 17 Mirror Shine Lipsticks are available now priced at £4.79. There are five other shades on top of these twelve, and there’s currently a 3for2 promotion on at Boots, so if you fancy stocking up then now’s the time.

While there are endless male celebrity frame wearers, female A-listers have tended to shy away from specs. Not so these...