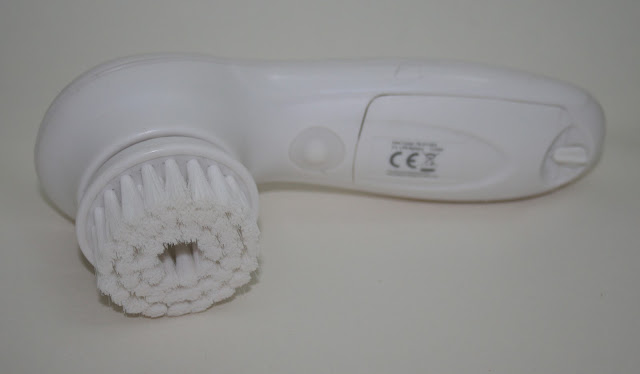 I’ve had it for a few weeks now, so I thought it was about time I reviewed the Boots No7 Beautiful Skin Cleansing Brush* which joins the range of excellent skincare products in the Beautiful Skin line.  I was really excited to hear that Boots were releasing a cleansing brush, not just because I’m a big fan of the products in the Beautiful Skin line, but also because I thought it was about blimin’ time that a company released a motorised cleansing brush that didn’t cost a small fortune.

The Beautiful Skin Cleansing Brush is compact, easy to handle and comes with two speed settings.  It’s battery operated which makes it quite different to most other motorised cleansing brushes which usually rely on a charger instead.  I personally think a battery-operated device is not such a bad thing (I’ve said so much with that last sentence…) as it will travel well and when the device runs out of juice, you just pop the new batteries in and off you go.  I’m always letting my brushes run out of charge which then means I have to wait a few hours for it to recharge, which isn’t ideal if you’re in the habit of brush cleansing daily.

The two speed settings are operated with one button; so you press the button once to turn it on, again to move it up a speed and again to turn it off.  The brush itself contains impressively soft bristles that feel gentle and non-abrasive on the skin and are the right length to move around the skin surface easily without flailing.  The brush fully oscillates, meaning that it goes all the way around as opposed to a lot of other brushes which tend to part oscillate (move slightly right and left) or vibrate, and this is sadly where I believe the design of the brush comes undone. 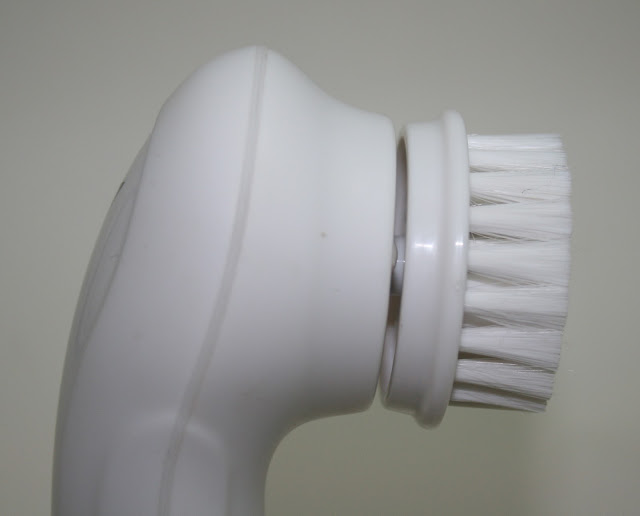 Regular readers will know that I have pretty tough facial skin that tolerates most things really well. The fact that this brush is firstly fairly powerful, and secondly fully oscillates, means that it’s really difficult to control when moving around the face.  The result is that you can’t really cleanse effectively without really pressing it into the skin, which then means you’re not so much brushing and more scrapping the skin which is something that I can’t see any skin type benefiting from.  The fast speed of the brush also results in the skin being buffed rather than cleansed, which again isn’t ideal for the delicate facial area.  After using this on the lowest setting, my skin was very red and a little sore because I couldn’t control the movement of the brush effectively, so it either went all over the place, or was forced too firmly into the skin. 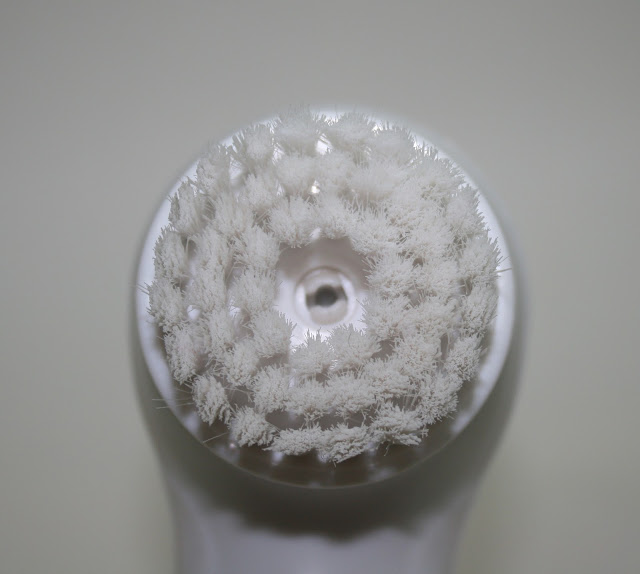 All is not lost as I have found it a very effective brush for my body skin as there’s more surface for it to move around on so the above issues are less problematic, but for facial skin I can honestly see this doing more harm than good in the long run.  It’s annoying, as it’s pretty much bang on with the design, feel, weight and cost and I feel with just a few tweaks (maybe it could only part oscillate or the speed could be greatly reduced) it could be a really solid and effective cleansing brush, but in my mind it isn’t quite there yet.

I believe this will be launching later this month (will double check) for £25.

What I Took On Holiday – Hair and Body (Holiday Heroes)

Happy New Year and My Resolutions

Happy New Year and My Resolutions

I'm still, on occasion, writing 2011 which tells me that readjusting to writing 2013 isn't going to go particularly well,...