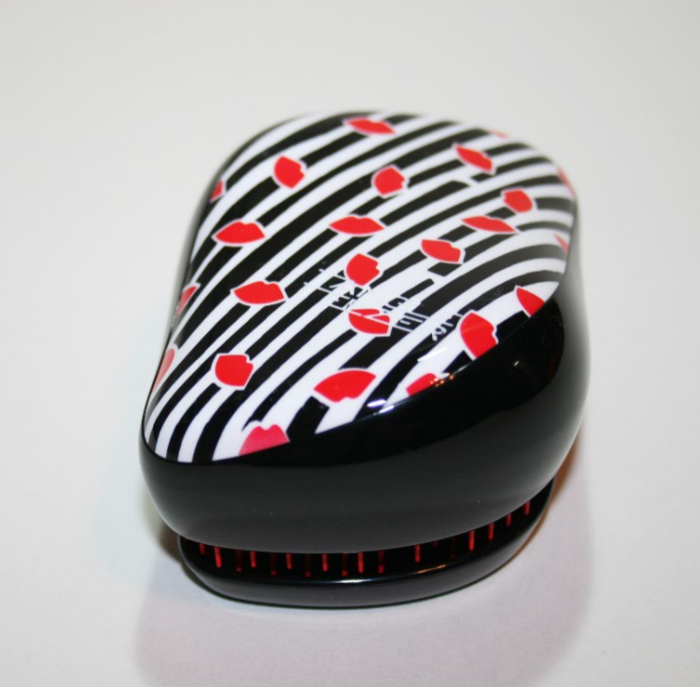 I’ve always been a fan of Tangle Teezers and I had quite a few of them when they were first released, but they’ve kind of fallen off my radar recently, especially since there are lots of similar alternatives.  I had the black one, then I think they added a pink one, so obviously I had to have that too, then I didn’t really pay attention to them for a few years, now suddenly they have a massive range covering all sorts of styles and needs! I was sent the wonderfully pretty Lulu Guinness designed Compact Styler which has the signature Lulu Guinness red lips and colour theme print. 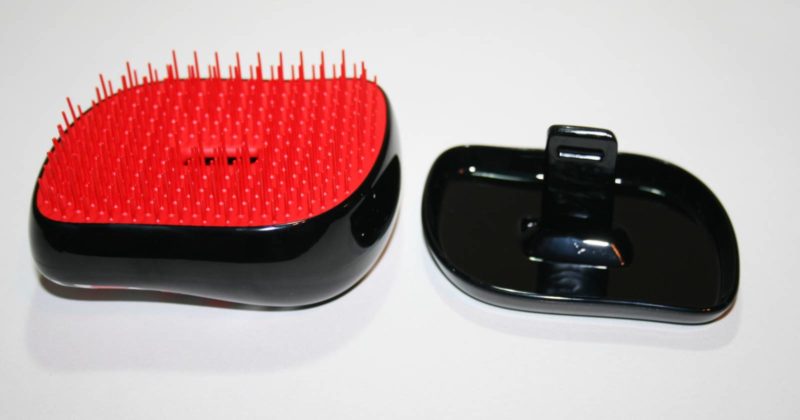 I would say that Tangle Teezers really comes into their own as either wet hair brushes or travel brushes, but the latter would have proved difficult in the past as the bristles of the brush are exposed, allowing for a build up of “handbag fluff” that would likely accumulate after a short time left loose in a bad – especially my bag – but they’ve actually addressed that issue with a great cover that slots perfectly into the brush, keeping it clean, tidy and ready for use.  Consequently, my Compact Styler has become a handbag staple – especially in the gorgeous Lulu Guinness design.  The only way it could be improved is with a bit of mirror action, since there’s quite a bit of wasted space on the cover itself, so a mirrored cover would’ve made a very handy addition, but for £13.50 this is a very decent product that really is gentle and kind to your hair, whilst also looking fabulously pretty.  If the Lulu Guinness design isn’t doing it for you, there are plenty of other colours and finishes to pick from to suit a variety of tastes, all of which can be viewed here – link.

Beauty Pie Order #1: One Month On

My Top Ten Most Used Base Brushes