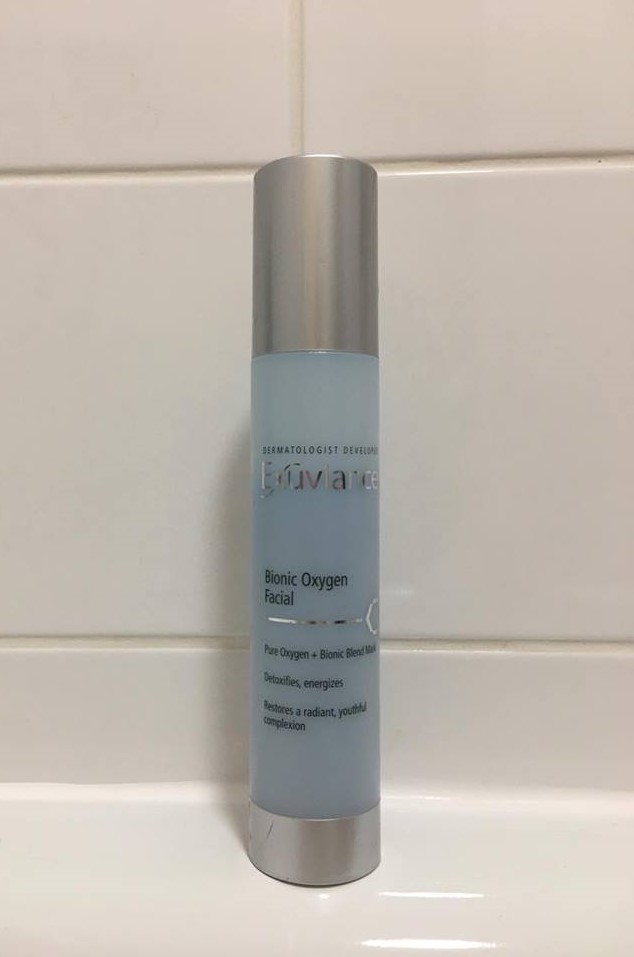 This weekend I had a night out drinking for the very first time since Teddy arrived.  To put that into perspective, Teddy is 4 in November, so it’s been a while…I didn’t get drunk but I did end up with a bit of a hangover (I only have to look at alcohol to develop one) and my skin had that grey, booze-battered look the following day, so I needed something to give it a good boost without too much effort.  Enter Exuviance Bionic Oxygen Facial. 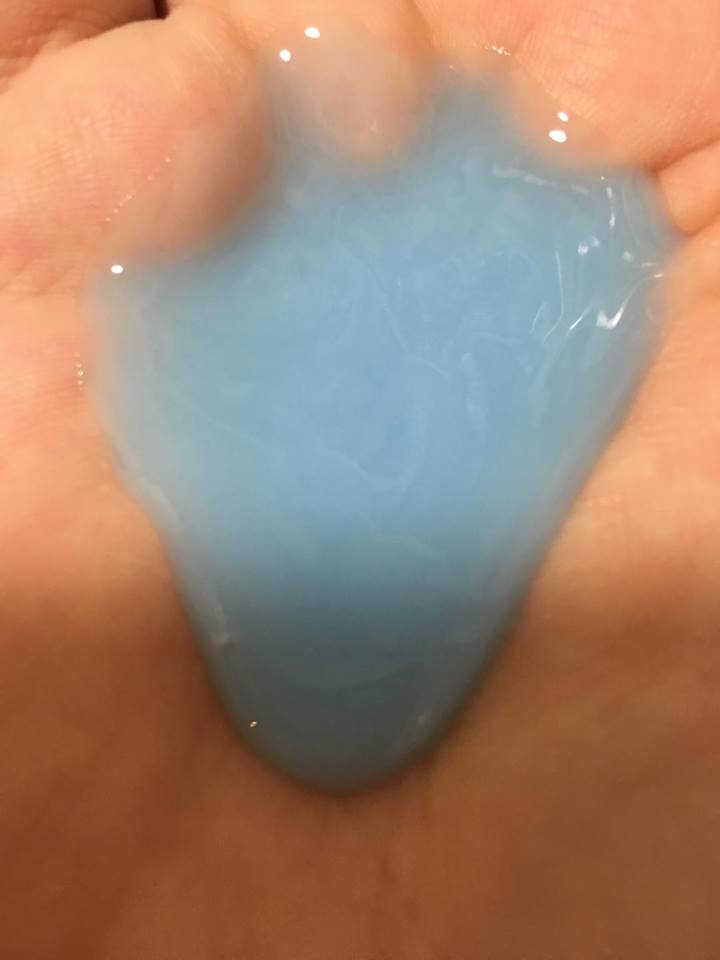 The Exuviance Bionic Oxygen Facial is a fantastic product that really is a lazy girl’s dream come true as it gives skin that look that usually only comes with an expensive treatment: do you know the look I mean?  Skin appears like it’s received a good dose of expert manipulation, so it looks plump, hydrated, perky and glowy without shine.  Whilst you won’t get the exact same thing after using the Exuviance Bionic Oxygen Facial, it really isn’t far off – I was very impressed.

It’s an oxygenating mask, which is a bit of an acquired taste; some people love the feeling of all the little bubbles popping away on your skin, I personally think it feels like bugs crawling over and I have to heavily distract myself, otherwise it becomes almost unbearable.  Thankfully, it doesn’t last too long.  You start with clean, damp skin; apply the blue gel and massage it around your face.  After a few moments, you’ll feel movement and if you check the middle picture above, you’ll see how lots of little bubbles appear and this is the most aggressive part of the treatment.  After around 10 minutes, this part settles down, and whilst you’ll still get the feeling that stuff is happening on your skin, it becomes a lot more gentle and this is when the mask becomes a thicker foam.  Eventually the foam disperses and you’re left with a few patches of foam but it’s basically all gone; the final picture in the trio above was taken about halfway through that final phase.  I found the whole process took around 20-25 minutes.  After washing off, skin looks and feels really well treated and noticeably perked-up, so I totally get why they called this a facial.  It’s £51 here – link – which isn’t the cheapest, but unless you’re in desperate need of this level of treatment you could definitely get away with using it a couple of times a month which means it’ll last for an age.

*Sponsored Content* I have a well documented love for Dove anti-perspirants as I really do think they're the best around...