To mark the Jubilee, Yardley released a new scent called Royal Diamond which I was sent as a gift shortly before the festivities took place.  I’ll be completely honest and say that had I not been sent this as a gift (rather than a prearranged press sample) I’m certain I wouldn’t have given this EDT the time of day as I’m a bit of a perfume snob and I wouldn’t have considered the possibility that a perfume costing less than a tenner would be worth investigating. 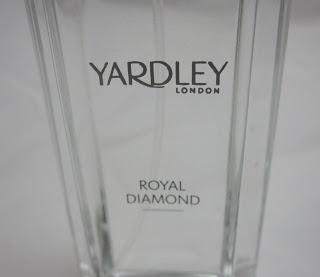 Yet how wrong was I! I’m a HUGE fan of this scent and I’ve been wearing it daily ever since it arrived.  I like scents that are pretty with a bit of punch; I can’t handle anything too girly, too overly floral, too citrussy or too woody, but thankfully Royal Diamond is none of the above.  It’s definitely a feminine scent and I believe others have found this too floral, but for me it’s just right.  To give you an idea of what I like, my top three most used perfumes are Illamasqua Freak, Jean Paul Gaultier Classique and Chanel’s Allure, so I like powerful scents that are strong yet feminine (which I suppose is kind of how I like to see myself!) 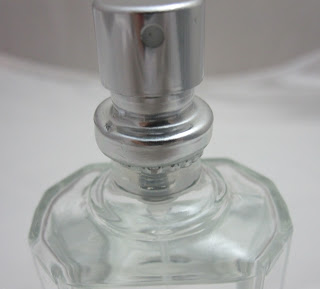 I have no idea what I’m talking about regarding perfume notes, so I’ll instead share the description as taken from the Yardley website:

A sophisticated, sparkling fragrance opening with a touch of pear and bergamot surrounded by a subtle note of honey, with a delicate romantic floral bouquet at its heart of rose, peony and lily of the valley, enhanced with a soft, woody and vanilla base. 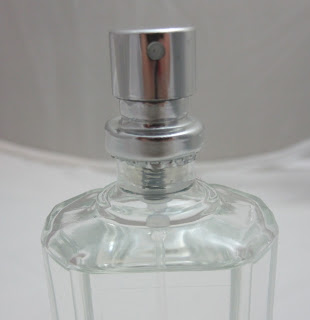 In my (humble) opinion, I think it’s the addition of both vanilla and bergamot that have stopped this scent going too far down the Pot Pourri route.  There’s no denying that it’s a scent that leans floral, but for me it’s just floral enough without being too sickly. 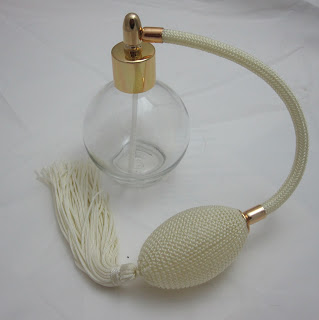 Up until this arrived, I was using Freak all day every day, but now I’m using Royal Diamond during the day and Freak for nights out (which sadly means it hasn’t actually had one outing yet since I have no social life due to working like a loon) thus making this my perfect summer scent. 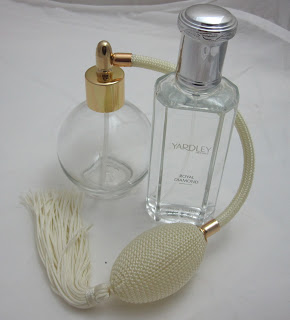 One quick mention has to go to the vanity perfume bottle which was sent with the perfume; I’ve always wanted one of these! I just need to figure out how to get the main lid off the perfume so I can start using it….

Yardley Royal Diamond EDT is available absolutely everywhere (at least that’s how it seems; every where I go I see it!) or more specifically, Boots and John Lewis as well as online at the Yardley Store which currently has it reduced from £9.99 to £7.49.

Disclaimer: scent sent as a gift: who needs a boyfriend when you have lovely PR companies sending you perfumed presents?

This months box is, quite possibly, my favourite beauty box to date although I'm aware that the fact that the...