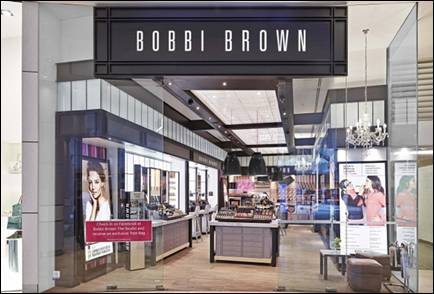 Yesterday I found out that Bobbi Brown has finally launched a standalone store, aptly named The Studio, which opened its doors recently at Westfield (the West one as opposed to the East one…) which is an extremely exciting announcement as I absolutely love Bobbi Brown – both the products and the brand philosophy – so it’s about blimin’ time there was an actual Bobbi Brown shop!

It won’t just be your run-of-the-mill make-up store either, as there’s plenty on offer such as a variety of make-up lesson options as well as brow grooming too.  The layout of the store has been carefully considered, with the inclusion of a central table (named the “Communal Artistry Table” which is a tad pretentious, I’ll grant you) designed to be the hub of the store and appropriate for both single and group shoppers to experience the brand, either independently or with the help of a Bobbi Brown make-up artist depending on your preference.  There’s also a VIP space if you want a more private make-up lesson, which is also a great space for mother/daughter sessions.

The Studio really does look and sound promising and I’ll definitely be visiting the shop soon to check out what’s what, so keep an eye on my Instagram feed if you fancy seeing the picture updates along with ten thousand pictures of my son…Bobbi Brown The Studio can be found at unit 1165 at Westfield White City, W12.

Nail Newness from Seche and The Organic Pharmacy

Avon have released a couple of palettes in time for Christmas that are extremely well put together, although they come...