What is there not to absolutely love about Clinique’s newest launch, the Pop Lip Colour + Primers? These are pretty much everything one might want from a lipstick, both practically and aesthetically, but I think the name is a little confusing as it sounds a bit like I’m talking about two different products (the colour and the primer) so I’m going to call them Lip Pops from here on out. 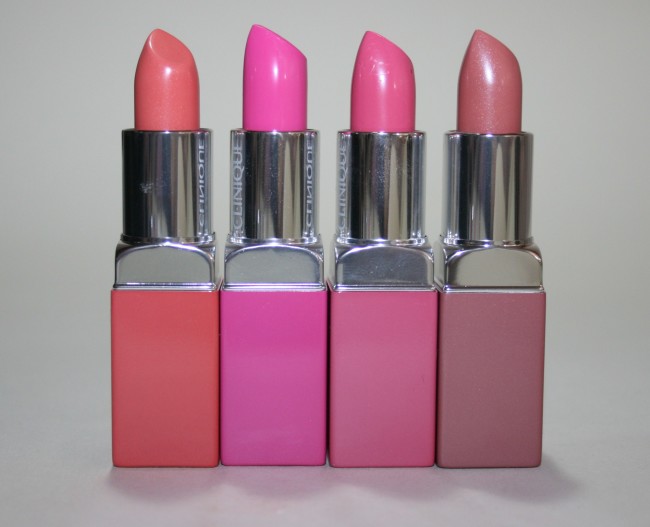 The Lip Pops are available in 16 beautiful shades which are separated into four categories, each containing four lipsticks.  We have the Nudes which contains Nude Pop, Bare Pop, Cola Pop and Beige Pop; the Tawnies which contain the reds and corals – for me the word Tawny evokes images of all things brown (like the owl) so that was an unusual name choice I think – such as Melon Pop, Poppy Pop, Passion Pop and Cherry Pop; the Pinks – Sweet Pop, Punch Pop, Wow Pop and Fab Pop and lastly the Violets which contain anything berry-leaning and includes shades Love Pop, Plum Pop, Berry Pop and Grape Pop. 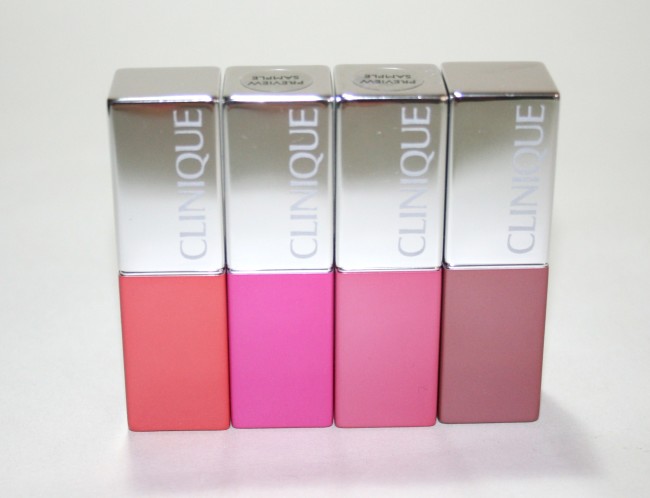 The formula itself is supposed to be a hybrid of both colour and primer (the clue is in the name) meaning you get a high colour saturation alongside longevity, without compromising on a lip-friendly formula.  You get serious colour payoff with these, yet they’re very moisturising and feel gorgeous on the lips – they’re extremely balmy yet they still have the toughness of a lipstick so you don’t feel like they’re going to slip off your face after a few minutes. 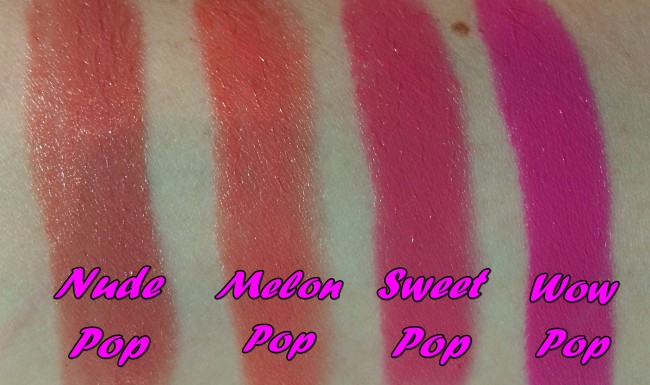 The four shades I’ve been getting to know are Nude Pop from the Nudes, Melon Pop from the Tawnies, and Sweet Pop and Wow Pop from the Pinks.  I was extremely happy to have been sent two of the pink shades as I was most excited about that category.  Having said that, out of all four, I wouldn’t say no to any of them, thus proving that the collection is generally very wearable. 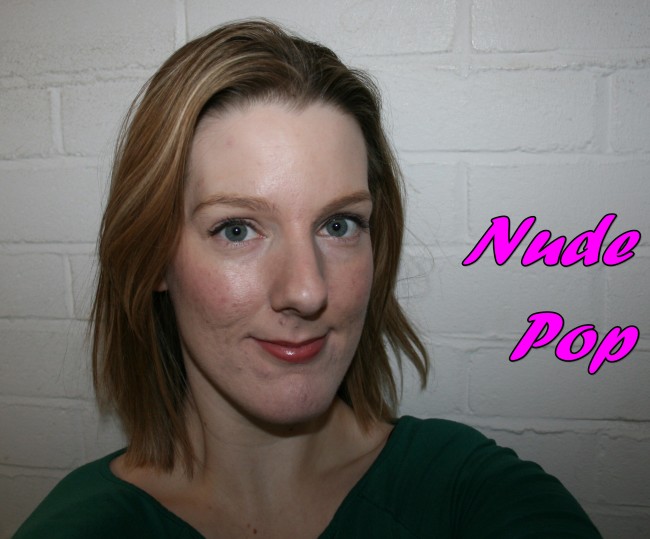 Nude Pop is a a warm brown shade that sits just right in the nude category, as it isn’t too dark or too light making it a very versatile shade.  Out of the four I have, it’s the one I think I’ll reach for the least, but that’s mainly because I much prefer a more pinker nude.  Knowing how popular this type of nude shade is though, I think this will be a winner for quite a lot of people. 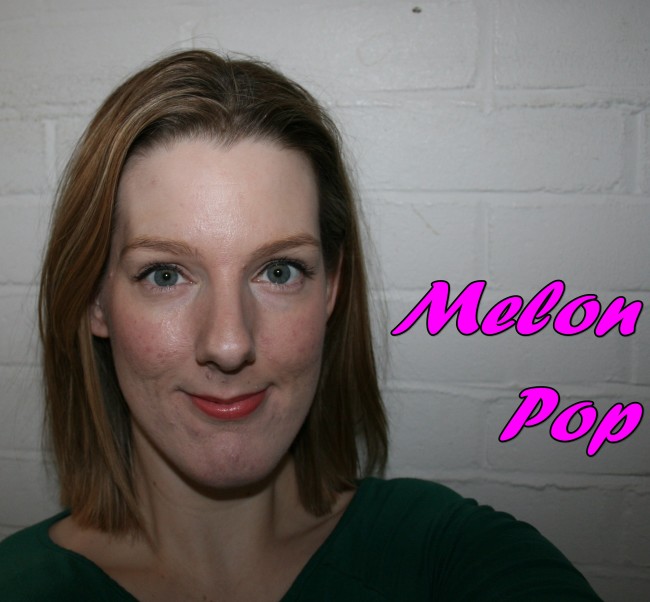 Melon Pop is a dreamy orange-leaning coral that I would wear every day if I wasn’t such a heavy coke and coffee drinker – it’s safe to say I’ll be taking teeth whitening very seriously in the next few weeks with the hope that I can wear this a bit more often without keeping my mouth closed…It’s a very pretty, easy orange that’s great if you’d like to try an orange lip but don’t want anything too lairy. 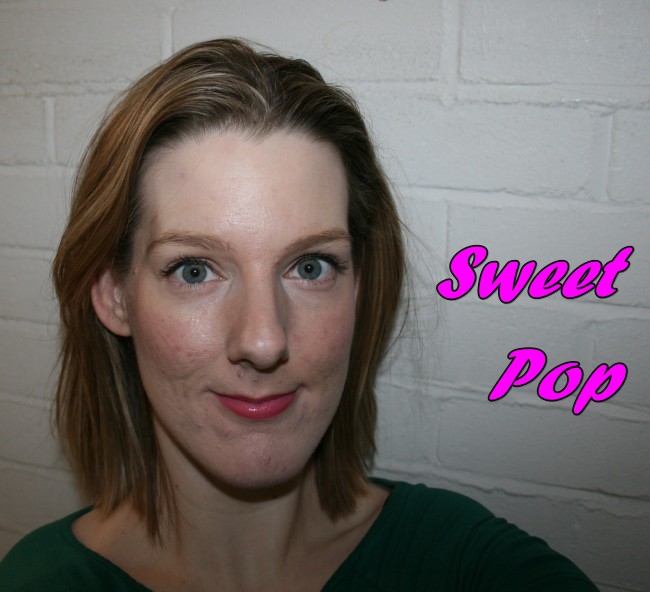 Sweet Pop is probably my favourite of the four for every day wear as it’s a pretty, mid pink that happily falls in the ‘my lips but better’ category of pink.  It’s lovely, easy and probably the least in-your-face of the four – it’s also the one I jumped on immediately when these landed on my doorstep. 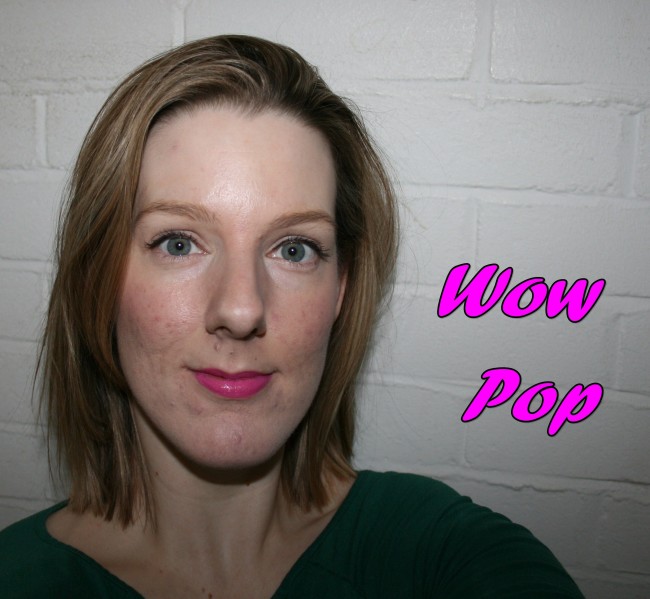 Wow Pop is aptly named as it’s a truly ‘wow’ colour that I absolutely love – for days when you can’t be bothered to do much make-up but still want to look relatively polished, a slick of liner and this beauty will do the trick.  It’s extremely bright – probably much brighter than it looks in the image above – but it’s also very flattering and the creamy formula and glossy finish stops it looking too harsh.

The Clinique Pop Lip Colour + Primers are available from Boots now here – link – for £16 before they go nationwide on the 17th April 2015.

I think I've said this before but I find it pretty amazing just how many new collections Models Own manage...